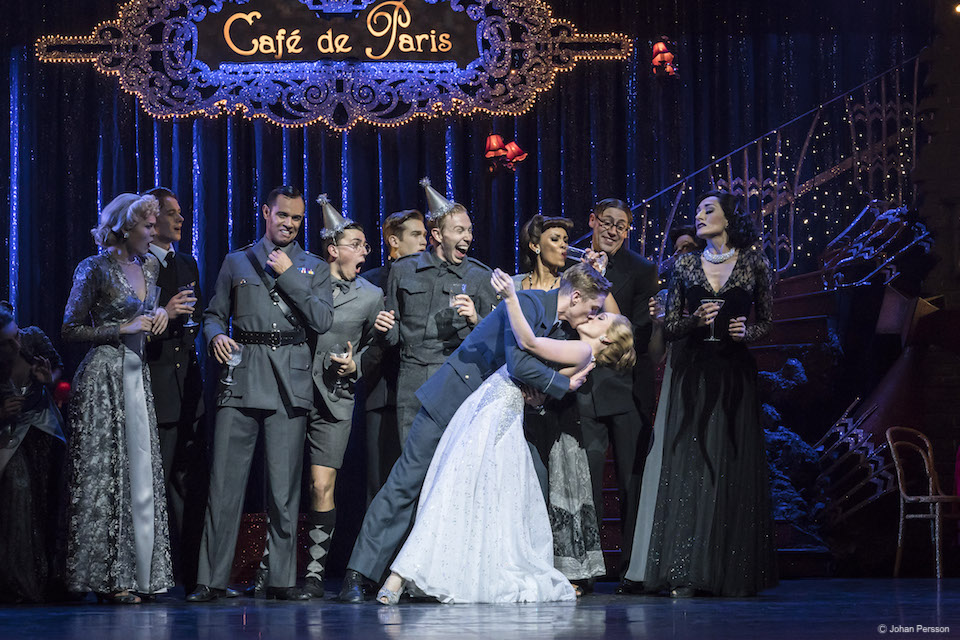 From the muted grey-scale colour palette of the opening act, through the smoke-filled streets of the Blitz and onto the underground dance halls of war-torn London, Matthew Bourne’s bold,  vivid and visually stunning reimagining of Cinderella is an utter delight. Doting to her father, mercilessly teased by her (extended) stepfamily and berated by her stepmother, Cinderella finds love amongst the destruction, as she falls for Harry, a dashing pilot.

Bourne creates a world which is rich in characterisations, from the transformation of the mouse-like Cinderella into the belle of the ball to the Cruella de Ville style stepmother and the humorous, and deliciously creepy, foot-fetishist stepbrother. Every dancer tells an individual story, and each character has their own tale to tell. Yet despite having so much to look at, Bourne’s choreography seamlessly blends dance styles including lindy hop, jazz and ballet to create a clearly defined and easy to follow narrative; and there is a tangible sense of atmosphere permeating the theatre both within and throughout every scene. But underneath the fairy tale spectacle of it all, is a slightly darker story of love, yearning and belonging, bringing with it the power to pack an emotional punch.

In a cast of technically precise dancers, Ashley Shaw is captivating as the titular heroine, whilst Andrew Monaghan simply excelled as he cut a swathe across the floor as the dashing pilot, proving that the romanticised notion of the leading man is still very much around. Lez Brotherston’s set design is superb, reflecting the hum-drum monotony of Cinderella’s home life in Act 1 before (quite literally) exploding into a riot of colour and movement in the second act and continuing to surprise well into Act 3. The show has a cinematic quality and feel to it, and is as inventive and multi-layered as it is visually exciting.

Matthew Bourne’s Cinderella is a phenomenal breath-taking production which is absolutely sublime on every level.

The show runs at Sheffield Lyceum Theatre until 19th May 2018 before continuing on its national tour. New Adventures has recently announced a new national tour for Swan Lake for 2018/19