Man In An Orange Shirt 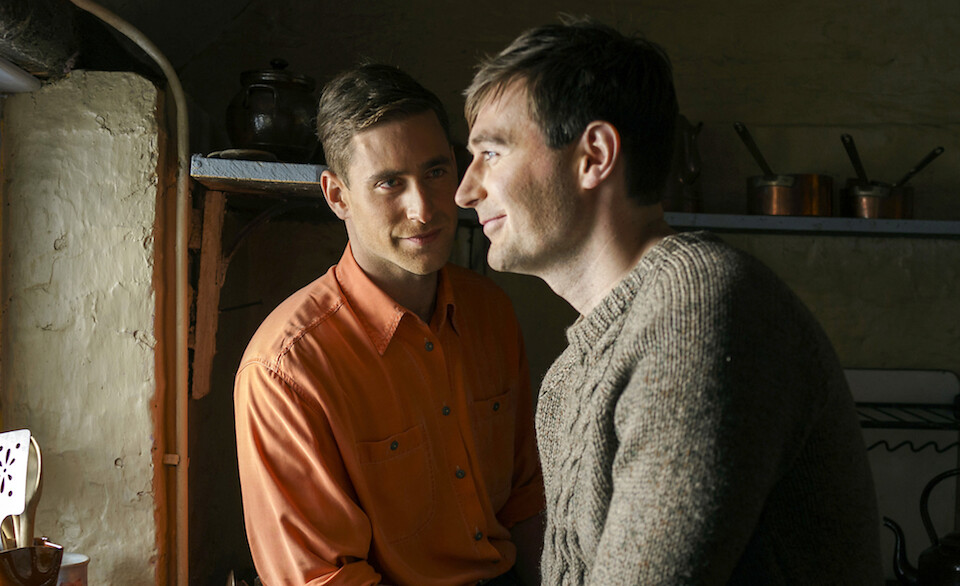 Featuring a cast including Oscar-winning actress Vanessa Redgrave, Man in an Orange Shirt charts the challenges and huge changes to gay lives from the Second World War to the present: In 1944, British Army Captain Michael Berryman (Oliver Jackson-Cohen) meets war artist Thomas March (James McArdle) in Southern Italy while chaos reigns all around them. Despite having a young fiancé, Flora (Joanna Vanderham), waiting at home for him, straight-laced Michael finds himself falling for Thomas’ bohemian charms. In 2017, an ageing Flora (Redgrave) looks on as her grandson, Adam (Julian Morris), tentatively forms a relationship with his client Steve (David Gyasi) in a more accepting world. But while the external obstacles have fallen away, a minefield of internalised issues and dangerous temptations still line the road to happiness.

“As a lifelong BBC Two animal, I’m thrilled my first original television drama will broadcast there. The wide social ramifications of the partial decriminalisation of homosexuality are still being felt today and had huge implications not only for gay men (those over 21 at least) but for marriage. The two parts of my drama try to show how far reaching those ramifications were and I know the rest of the Gay Britannia season will as well. I can’t wait to watch every bit of it.”

Diederick Santer, Executive Producer for Kudos, says: “It’s been a delight to work with Patrick and the BBC on this timely and highly original drama. I’m thrilled with the cast we assembled and the ambition of the production, and look forward to it playing at the heart of the Gay Britannia season.”