Where is the world’s biggest Pride flag? 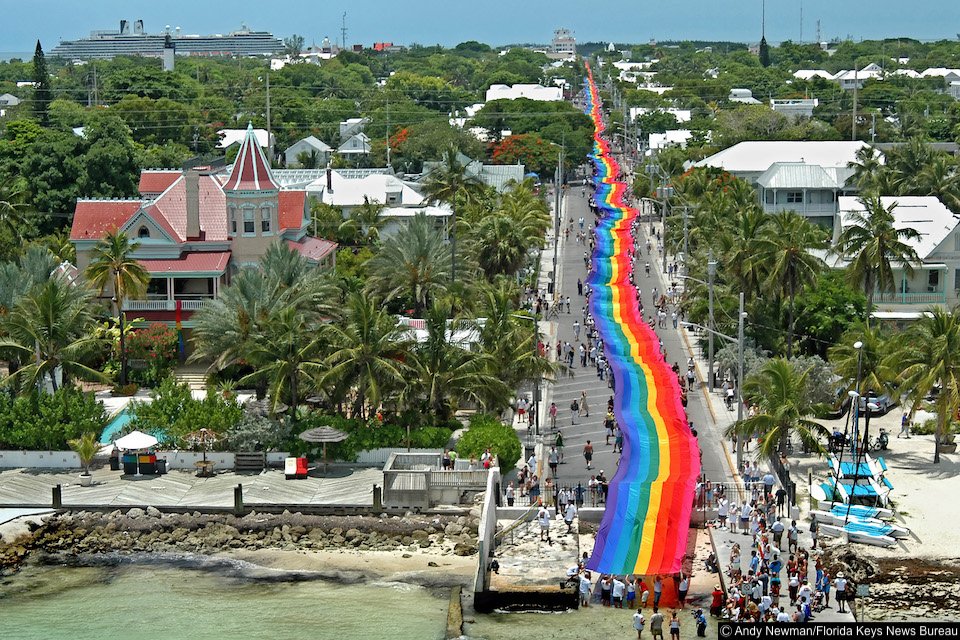 The world's biggest pride flag was revealed in Key West in Florida.

The world’s biggest pride flag was revealed in Key West in Florida.

In 2003 Key West was the staging ground for the world’s largest Pride flag, which measured 1.25 miles. It ran the length of Duval Street – 14 blocks to be precise. Duval Street is where most of the island’s gay venues are situated.

The flag was created by the original designer Gilbert Baker who spent three months in Key West assembling the flag. It weighed a massive 3 tons and took about 17600 linear yards of fabric.  It took 2000 volunteers to raise the flag in 2003.

Where is the world’s biggest Pride flag now?

The flag has, since 2003, had sections displayed at global events, including the 2010 Winter Olympics in Vancouver, Canada, and Australia’s Sydney Gay and Lesbian Mardi Gras Parade. They have been shown internationally in Canada, Sweden, Norway, Germany, England and Australia; and domestically in cities including Los Angeles, San Francisco, New York and Atlanta.

Where’s the biggest pride flag in the UK?

The UK’s biggest pride flag was revealed by Cornwall Pride and was extensively photographed at the world’s first pride tour, which stopped by 11 towns and cities in England’s southernmost county. Here it is being displayed by St. Michael’s Mount in Cornwall.