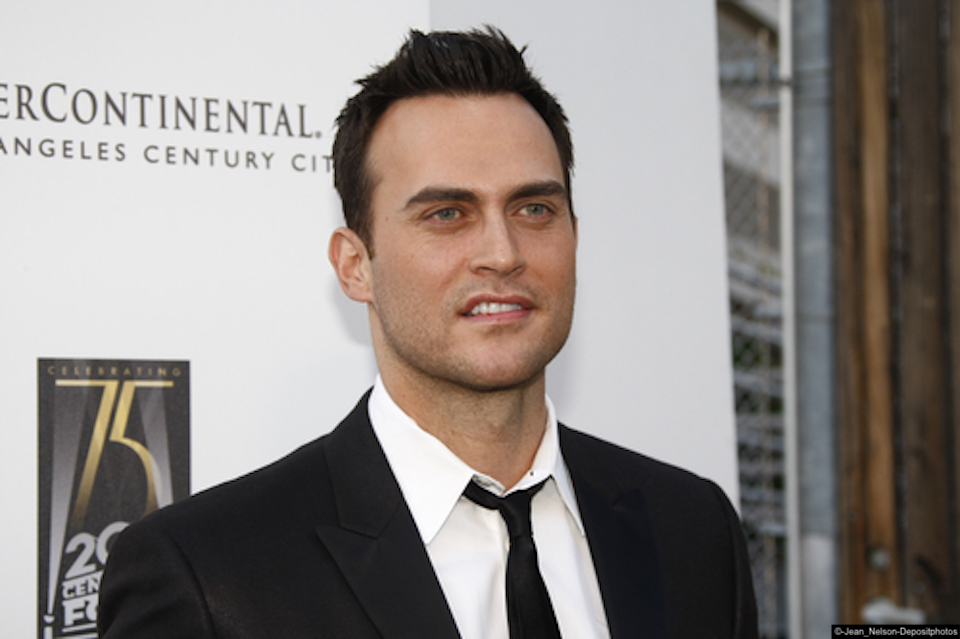 Out actor and American Horror Story star Cheyenne Jackson just got our hearts aflutter. In his latest film, Hello Again, he’s seen in all his glory having a proper old romp with his male co-star Tyler Blackburn.

The pair are seen completely starkers, rolling around together in what looks like an incredibly hot moment between the two actors. Although they did it in front of an audience of 30! That might be a turn on for some, but for Cheyenne it was “super weird”.

Speaking to Billboard about filming the scene, Jackson said, “It’s super weird and awkward because in life, it would just be you and that other person. And not 30 other people standing around. You have to let go of your self-consciousness as much as you can. And your vanity. I can’t worry about what my ass looks like in the shot — my ass looks like what it looks like. So let’s just get into character and let’s just kinda really commit to what I’m singing or what I’m thinking about in this scene. In American Horror Story: Hotel, three years ago, I did my first nude scene ever at 40. So, you know, whatever.”

🍆Get hot guys direct to your inbox three times a week. Unsubscribe at any time. 🍑