COLUMN | The Case Of The Ex 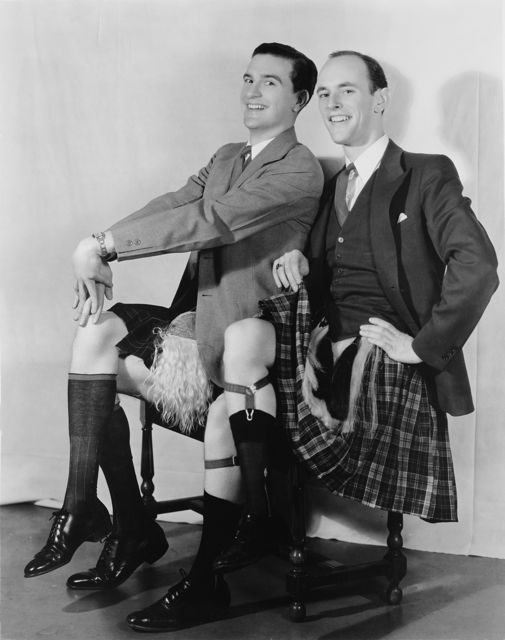 What is it about gay men and their exes? Heterosexuals seem to have it so much better sorted out: divorce him/avoid him/insult him. We, on the other hand, like to remain friends.

My first boyfriend talked incessantly about his great ex, Sean. Sean was apparently very funny, very stylish and a great person to be around. My teenage angst hooked on to this and I began to wince each time his name was mentioned. With every fond reference I’d begin to rot and fester inside a little bit more. That was until I met him: he certainly had a style, but not one you’d ever want to mimic and as for funny: read waspish and twisted. He was the person no one wanted to be around; the man who always accidentally forgot his wallet in a bar. We took an instant dislike to each other, strengthened on my part by the fact that within two hours he got drunk and hissed at me that I’d come to a sticky end. Apparently, clever queens like me always did. I suddenly realised a vital fact: my partner had left him. It was obvious why.

My next long term partner also spoke in glowing terms about his ex. Andy was hyper intelligent and amazingly kind. He could have gone to Cambridge to study. Strangely he hadn’t been to Cambridge to study and worked in a shabby gift shop. The only thing wrong with Andy was that he’d walked out and left my partner after a string of infidelities and humiliations. I felt that the infidelities were a major sticking point and maybe a minor flaw in his perfect character. Having learnt little from my teenage years, I dreaded meeting him and expected a stunning male genius with a vampish way of breaking men’s hearts. I was shocked to meet a mousy man who was as mixed up and vulnerable as I was. We became friends, probably due to the fact that we both understood how difficult my ex was. He admitted years later that he was relieved that my unstable, hard drinking ex had become my problem and not his. Not so glad to have been of service.

My next long term partner had two exes on the scene: an estranged wife and an ex boyfriend. The wife was manageable. She resented him a little but was still fond of him and kept up a relationship through occasionally gritted teeth for the sake of the children (and the maintenance). I understood this kind of friendship with an ex. If it’s partly about money and mutual offspring then it makes sense. The boyfriend, Carl, was a whole other story, calling up at three am for lengthy conversations. He was an insomniac so apparently this was acceptable.

We met eventually; just the once. Naturally, I had the advantage. I knew lots about him. He was insecure about his weight and lack of class, had a dead end job and a few odd peccadilloes. I dressed thin, talked in clipped tones about my great job and had enough restraint not to mention his fetishes. In short, I was low and mean. He stopped calling late at night and upped his ante by sending my partner a suggestive text message offering sex. My partner deleted his number and with one overstep of the mark he was gone. Subtlety wins out most times.

My current partner has a lovely ex. She’s supportive, respectful and overseas. What more can you ask for? They’re the three perfect qualities. I met her for the first time last weekend and she was utterly charming.

So, my advice to you is: if being friends with your ex works for you then brilliant. If you can still share a bed or a tent, go away together for weekends, go clubbing, bond over shared memories and laugh over the heartache you both caused each other then that’s superb. Just stop and take the time to ask your new partner something though: what the hell is he thinking about going about with someone so involved with their ex? Maybe he needs to find someone new and forget about his ex and their ex.