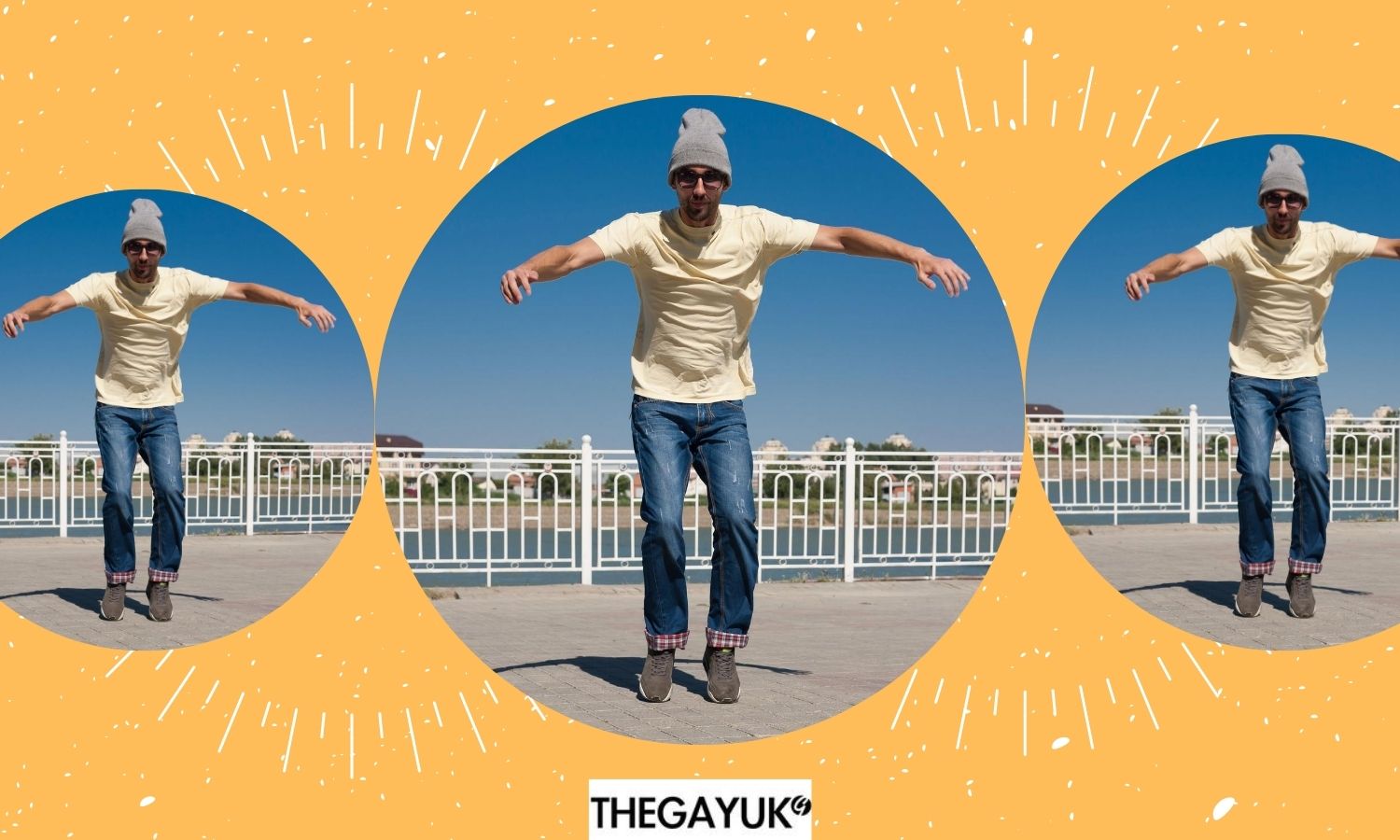 “I’m giving it my all, but I’m not the guy your taking home – I keep dancing on my own”.

This article serves two purposes. It’s both a reflection on one of the greatest pop songs ever written and a larger, more encompassing commentary about independence and quite literally dancing on my own.

The song, “Dancing on My Own” is quite simply an inherently sad, gay disco anthem – or as I like to call them, a Sad Banger. Written for Swedish songstress Robyn for her 2010 album Body Talk, the anthem features hammer drill throbbing synths and electronic percussion whilst incorporating elements of electro and disco. It can be more easily described as a heartbreak anthem. Its lyrics speak of a person who is alone in a club watching their ex-lover, or someone that they are in love with kissing, or getting with another person – relatable – we’ve all been through that.

MTV News journalist James Montgomery noted the “thoroughly sad song talks about Robyn losing her man to another woman, but also about the notion of feeling alone in a crowded room, of being lost and unloved and having no choice but to be okay with these things”. It’s the second half of the statement that I wanted to look at a little bit further. Unlike some of Robyn’s Sad-Bangers, “Dancing on My Own” offers the listener very little hope of things ever getting better. You could say that “With Every Heartbeat”, offers a faint little bit of grim optimism to the listener – “Dancing on My Own” offers none of it, thus reflecting the stark reality of relationships and life that we don’t always get what we want.

More recently Robyn has gone on to elaborate on the theme of the lyric further by saying; “People have so many expectations when they go out, so many wishes about what their night is going to be: if they are going to meet that person, have a fun time with their friends, have a good high, hear good music”. Isn’t this what going out is all about for most people – as people, we long for interaction with other people. For those that are single, it’s the best opportunity to meet someone and develop a real connection of personality – something that in the age of Grindr and Tinder you scarcely find. Robyn then goes on to say; “People get drunk and turn into themselves in away, and they go experience some kind of emotion. But it’s not always about fun. There’s a destructive side to it.”

I think we can all relate to this last statement. Well, I don’t know about you, but I can. For me, at the end of a long week, going out dancing is a great way to unwind and let my hair down. I look forward to my Saturday nights in the Viaduct Showbar, one of the bars on the Leeds Gay Scene, throwing a few shapes on the dancefloor, whether that being with a few friends, or just by myself. Yeah, I go out by myself. A lot of people might be taken aback by that. I enjoy being independent and for me, this is an extension of my personality. I just cannot refuse the sound of a four-on-the-floor disco beat. Does that make me weird for going clubbing by myself? Is it something you should do with your friends? I must admit that I’ve had some strange looks and comments for going out by myself. I probably come off as a loner. People are probably right for assuming that. I’m incredibly independent, and I have been for a long time. It stems from growing up from feeling a little bit left out from life, friendship groups and events – it’s a reaction to being ostracised by people for who I am.

To me, it’s a sign of defiance that I’m not going to conform to what your opinion thinks, and what society thinks – it’s a bit of a fuck you really isn’t it?

I’m a very independent person, and I think that sometimes can be both a blessing and a curse. I’m perfectly happy with being by myself ninety per cent of the time. It means I can look after, and take care of myself, but it also means that I’m not that great at asking for help – which I can completely agree with. I don’t like to ask for help, whether that’s with work, or in my personal life. I have an attitude about me that things don’t keep me down for long and I can bounce back from setbacks pretty quickly, I also struggle to see my weaknesses sometimes. I think it also makes a kinder person because if we use our independence the right way, we can ensure that our lives are taken care off, and extend that further the wide community – but ultimately the problem with being so independent is that it will only reach myself. It doesn’t go very much further than that. They often say that there is a power within a partnership, and I agree with that.

If you’ve been as independent as I’ve been for so long, you struggle to let people in. It’s difficult to incorporate other people in your life, and relinquish some of the control, because you’re scared, and there is a niggling feeling at the back of your mind that you are ultimately going to be let down. But, we’re not made for doing life by ourselves, and I’m realising that that now as I hurtle towards my thirties. Our greatest strength lies in partnering with others and doing it as a team.

The destructive side comes with the alcohol I guess.

It’s widely regarded that increasing alcohol consumption leads to a negative impact on mental health. Alcohol can be linked to people becoming aggressive, anxious or depressed when they’re drunk. There has been a number of occasions where I’ll admit I’ve had a bit too much to drink and it’s lead to me feeling depressed, worthless and other feelings of pain, that we try to mask in our day to day lives – it brings things back to the surface. Alcohol goes one of two ways for me – I either become a very lovable drunk, or I go a bit crazy, often ending up sat on the floor somewhere, an emotional wreck, having to be put into a taxi by a friend, or bouncer.

I guess that’s why myself and so many people can relate to “Dancing on My Own”. The lyrics are universal. How many times have you been on the dancefloor of a club dancing with a guy and flirting with them, only for a few minutes later you turn around and see them with their tongue down someone else’s throat? I remember this oh so very clearly. I remember being out with a friend not so long ago, who I had a bit a crush on. We had a few drinks before going to a club. We were flirting, all very lovely. I remember going to the bar in this club and turning around and seeing this bloke on the dancefloor with his arms around another woman making out on the dancefloor. My heart sank for a minute.

It was like a gut punch to the stomach.

Your brain will then go on to analyse every word, every communication you’ve ever had with that person within the next thirty seconds. What do I do now? Do I leave? Do I go back up to them and break it up? Do I get back at them by flirting with someone else to spite them? Ultimately, it’s the understanding that you’re not going to be the person he takes home that night. You’ve given it your all to get the man – but it’s just not going to happen – maybe he’s just not that into you – and it’s okay.

Like Robyn sings in the chorus; “I’m right over here – why can’t you see me?” – sometimes you’re crying out for somebody to notice you and give you that boost of self-confidence you crave. But such as life, you can’t always get what you want – and then you just keep dancing – stuck in a never-ending loop until you find what you’re looking for. Ultimately, you accept this as par for the course, and you learn to deal with it in your own way – whether that ends up with a booty call, or a Grindr hook up at some ungodly hour of the night – but the pain doesn’t go away. You’ll remember that gut punch for the rest of your life, and whilst being single you’ll constantly be reminded of that. It’s not a one-off feeling I can guarantee you. You will feel it every time you go out as a singleton. You will be through this every single Saturday night until you meet the one.

As much as “Dancing on My Own” is both painful and true to life at the same time – there is something very therapeutic about singing that chorus as loud as you possibly can be surrounded by hundreds of other people. It’s a song that everyone will sing along with because everybody’s been through the exact same situation. It’s a universal message that nobody is averse to. It’s a massive fuck you to everybody that has made you feel inferior, hurt you, or even broken your heart. Remember that the next time you listen to it – or hear on a crowded dancefloor whenever we are allowed to. Turn the lyrics on its head and think of it as an anthem of empowerment and let the power of music help you through the hard times. 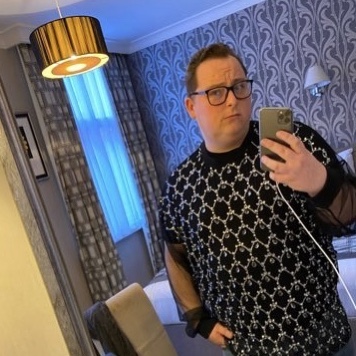