Why everyone should understand Stonewall

To some people Stonewall is just an organisation for LGBT people, for others they have no clue what the word “Stonewall” actually means, and this is concerning. For something that happened less than 50 years ago, it’s not good that there are some gay people who have absolutely no clue what Stonewall represents to a community they are part of, and that without they wouldn’t be where they are today.

So… a little history lesson.

In the early 20th century, the world for LGBT people was still a horrifying place, jobs were refused, and legally they had very little protection from the law. They were vilified and shunned and violence was common, and even the FBI has a list of known homosexuals and their frequented places and would regularly conduct operations to “clean up” the areas and either arrest homosexuals or ship them off the mental institutions, but by the early 60s small establishments (mostly organised crime run) were starting to appear, providing a safe haven for homosexuals to go to, despite the poor quality of alcohol and unsanitary conditions. The crime syndicates who owned the venues would pay off the police to keep the raids less frequent. By the late 60s especially in New York, the venues were starting to get larger and were some of the few places that allowed LGBT people to dance together.

But what was Stonewall, and why is it so defining in LGBT history? In 1967 in New York City, The Stonewall Inn was (after much renovation) opened as a gay bar and space for the much maligned LGBT community in New York, and was one of the largest in the US at the time. Over the upcoming turbulent 2 years, the bar was raided at least monthly by the police, but due to mafia payoffs these raids were forewarned to the business and patrons and were conducted in the early evening before business really got going and the night would continue after the police left.

By 1969, the payoffs from the Mafia were starting to have less and less effect on the police, and the raids were coming later in the evening, and were becoming more violent, with more arrests. By June that year the Mafia was starting to exploit the wealthier patrons of the bar, especially those from the Wall Street business district and were not using this money to pay the police. This started to come to a head on June 24th 1969 with one of the usual raids at The Stonewall Inn where several drag queens were arrested or forced to leave the bar, the atmosphere was starting to become dangerous, and the police, who were no longer being placated with bribes decided to shut the inn down by force. And with a spurious reason from the Bureau of Alcohol, Tobacco and Firearms who were allegedly searching for bootlegged liquor, in the early hours of the Saturday June 28th, four plain clothes police officers who had been in the bar all evening making visual observations made their presence known by loudly announcing “Police! We’re taking the place!” The music was turned off, and the main lights turned up. Several of the 205 people in the inn that night made a run for the doors, and the windows in the toilets, but were stopped from leaving. The usual tip-off about a raid had never come, and now all the patrons who were thought to be cross-dressing were separated, as per standard procedure, in order to identify the gender of those dressed in female attire, but unlike before, the patrons started to refuse to produce identification and a sense of disquiet spread quickly amongst the patrons who objected to the treatment of the lesbians present by the rough handed male police officers.

Those not being arrested were forced out of the inn by the police but were not leaving the immediate area, and this attracted other bystanders who came to watch what was going on. As the stories of the police treatment from inside began to filter into the steadily growing crowd, the sense of unrest was becoming obvious. Due to a delay in the patrol wagons that were meant to transport the alcohol and anyone who had been arrested, the crowd had swelled to nearly 150 people standing outside. And once the first trickle of officers and their detainees had begun to leave the bar, the hostility was as boiling point. One officer shoved an African American drag queen (rumoured to be Marsha P Johnson) out of the way who responded by hitting him on the head with her handbag. To the sound of the crowd booing the police and singing “We Shall Overcome” a lesbian was seen battling with the police who had allegedly already struck her for complaining her handcuffs were too tight. And as she was about to be hauled into the back of the waiting wagon, it took one small sentence to change everything. She stared at the crowd and shouted “Why don’t you guys do something?”

And the crowd that that now swelled to 500 took her to her word and fought back, breaking the police line and fighting their way towards the arrested patrons to try and release them from police custody. There was no organised group, just the final straw of feelings from a group of people who had finally had enough of the treatment that they had been dealing with for years.

For the next 3 hours the police and crowd battled each other causing thousands of dollars worth of damage to the inn, until both groups retreated from the scene. Although not the first backlash against the police treatment against the community, Stonewall the first time the LGBT community had taken a more concerted stand and the police hated it, They’d never had that kind of reaction from the gays before and during the daylight hours of June 28th the unrest continued, and many of the protestors from the previous riot were in the area of The Stonewall along with curious bystanders came to stare at the now burnt and blackened inn. The protestors took the opportunity to entertain and enlighten the crowd to their cause.

The following night another riot broke out, which lasted until after 4:00am again with more violent clashes amongst the protesters and police and over the coming six days various scuffles and smaller scale riots were reported, but by now it was already too late for the police to stop the movement that had started, and less than 2 weeks after the first riot, the usual quiet and meek annual protestations by LGBT empowerment group The Mattachine Society were changing and The Gay Liberation Front was formed, a more vocal and out there group.

Over the next 12 months the very first Pride style event was organised along the street the Stonewall Inn had been on (Christopher Street) which took place a year to the day after the riots, and the following year 7 more cities worldwide, including London held pride marches and events and in 1972, 8 more cities were added to the list of locations and it has grown ever since, with there now being hundreds of pride events around the world.

So as you go to your local gay club, or attend one of the many gay pride events this year, stop and think for a second of the brave men and women in 1969 who shouted back to give you the right to do these things. 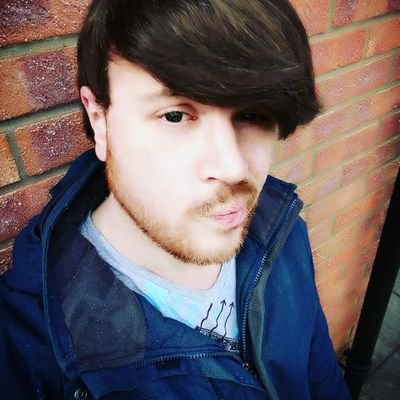 I’m a 36 year old gay man who’s been in a relationship for 11 years. I now live in Manchester. My interests include writing, movies and watching many different types of documentary. I’m not afraid to voice an opinion, but respects others views