Do Gay Men Have Less Testosterone? 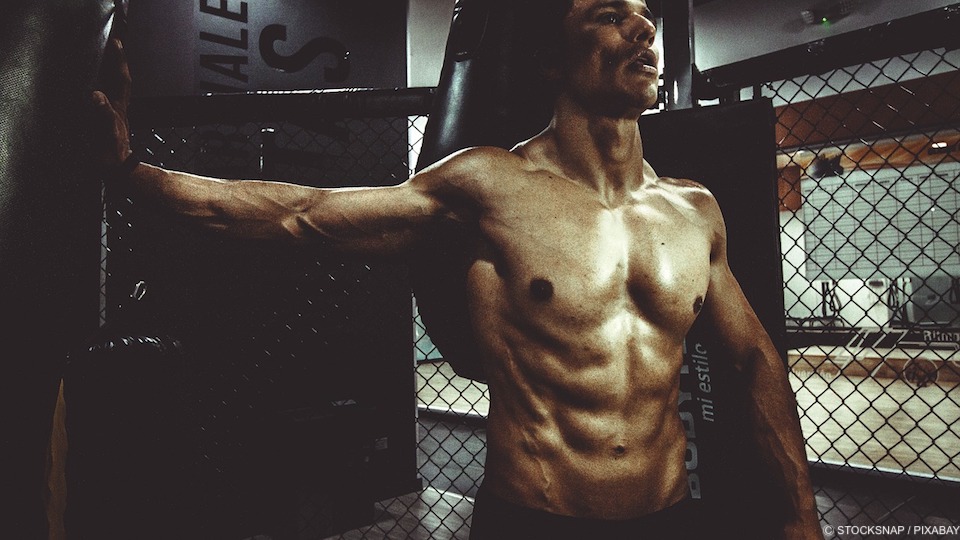 In researching this article I came across several fitness “experts” that still managed to shock me with how little they knew about gay men. Some even suggested that, as gay men, our fitness goals would probably be the same as women, wanting only to be lean and skinny rather than putting on muscle.

Testosterone can be a teste subject…. get it? It’s a popular topic of conversation amongst gay men and gym bros, and especially with gay gym bros. While there are lots of assumptions thrown about, how much actual evidence is there to suggest that gay men have less testosterone than straight men?

Known as the male sex hormone, testosterone is found in higher concentrations in men than it is in women – but it’s still found in women. Higher levels of the hormone have been found to increase aggressive behaviour and so-called “masculine characteristics” such as that “take charge” attitude that’s so attractive in straight guys and so frowned upon in women (barf).

Studies in which female participants were given testosterone supplements showed an increase in these types of behaviours, however when given to men, testosterone boosters actually inhibited the natural production of the hormone, having little effect.

This means that any of those so-called testosterone supplements you might be taking in order to improve your gym performance will only inhibit your natural testosterone production, keeping your T-levels (as the lingo goes) the same.

Testosterone makes you a man

Testosterone is quite literally what makes us men. During puberty, it’s our increasing T-levels that makes our voices break, promotes muscle growth, makes us grow body hair, and sends our poor teenage sex drives through the roof.

As an adult, testosterone also regulates important functions like sex drive, muscle and bone mass, muscle strength, fat distribution, and red blood cell production. However, there is still no conclusive evidence to claim that lower T-levels at either stage in life is what makes gay men fabulously gay.

Adult hormone theory was based on the following, somewhat flawed, logic; if testosterone is responsible for driving heterosexual male sexual behaviour, it stands to reason that homosexual men must have a lower level of this hormone.

German scientist Günter Dörner (the most German-sounding name I’ve ever heard) studied this theory extensively in the 1970s, but it was the research of a neurobiologist at Columbia University, Heino Meyer-Bahlburg, that properly deflated this theory.

In 1984, a series of studies produced such underwhelming evidence to support adult hormonal theory that it was effectively discredited. While three studies did show significantly lower t-levels in homosexual men, two studies reported higher t-levels in gay men than in straight men – with another unhelpfully showing the levels to be higher in bisexuals than in either gay or straight men.

All in all, there is still no real evidence to suggest that gay men have lower testosterone levels.

Gay men don’t want to build muscle… do they?

In researching this article I came across several fitness “experts” that still managed to shock me with how little they knew about gay men. Some even suggested that, as gay men, our fitness goals would probably be the same as women, wanting only to be lean and skinny rather than putting on muscle.

Lower testosterone levels in all men

Due to the ever-changing environment we live in, it has been shown that testosterone levels as a whole are falling across the board, with straight men and gay men alike showing around 60% less testosterone in their system than our grandfathers had 60 years ago. Add to that the fact that most men’s t-levels start to drop by about 2% a year by the time they reach their 40s, testosterone is in short supply with all men, whether gay, straight, or unicorn.

If you would still like some extra help achieving a pair of perfect pecs or anything else, why not get yourself a gay personal trainer. They can design a training and nutrition program to suit your individual needs, and be on hand to help coach you towards your goals.

And you can also receive weekly workouts for free by subscribing to the Gay Fitness UK newsletter. Happy gaying!

The Gay UK’s official fitness magazine/partner, Gay Fitness UK are your go-to (platform/source) for health, fitness, and gay gym tips and advice. Working with members of the LGBT community, from gay personal trainers and other gay fitness professionals, to (gay) photographers, (gay) writers, and (gay) videographers.

Check them out for advice, tips, information, or just a load of images of hot and sweaty topless men working out!