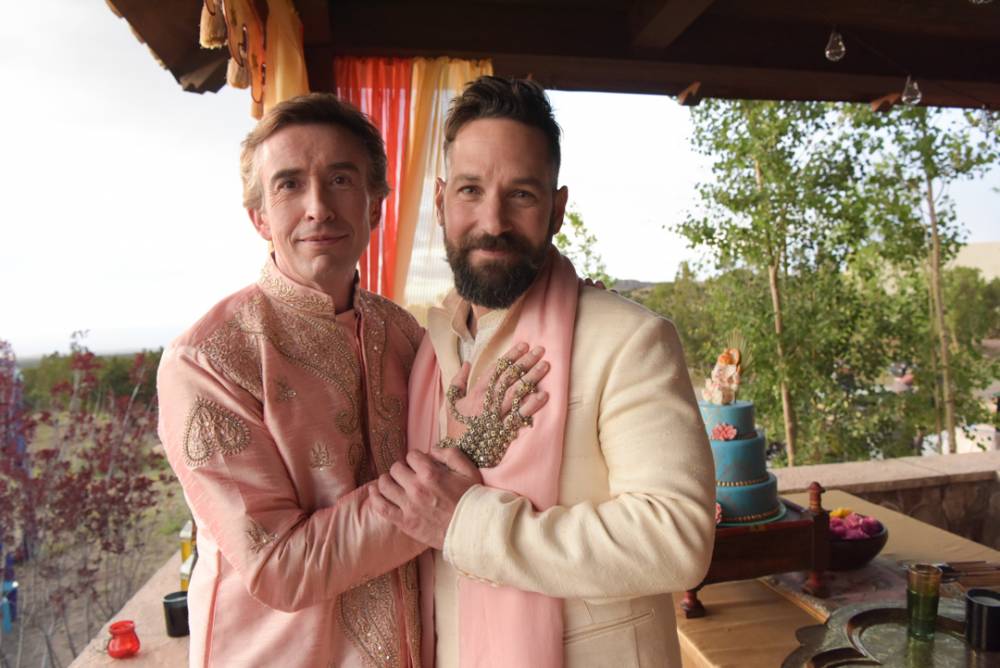 Not quite the best name for a film about a gay couple who get stuck with raising a boy, ‘Ideal Home’ has its moments but they’re far and few between.

Paul Rudd and Steve Coogan (at his campiest best) play, respectively, Paul and Erasmus Brumble (what a name!), a gay couple who have been together long enough, perhaps too long, to be set in their argumentative ways. Brumble is a flamboyant TV chef and Paul is his producing partner, and they live in the stunningly beautiful town of Santa Fe, New Mexico. They run their empire from their adobe house that has views to die for of the landscape which includes turquoise sunsets and rolling luscious mountains. They seem to have it all, but yet there also seems to be something missing in their lives.

Enter Bill (Jack Gore), Erasmus’s estranged grandson, who unexpectedly shows up at their front door after his father Beau (Jake McDonald) gets arrested. Will the arrival of Bill make their relationship stronger? Will Paul and Erasmus be able to continue to live their A-gay lifestyle? More importantly, will Bill put a dent in their lavish dinner party schedule and sexual trysts?

Ideal Home is a standard run-of-the-mill gay rom-com with not much com. It’s boosted by the beautiful setting as well as Rudd’s believability as a gay man (with a macho beard and buff body) as well as Gore who is very good as the kid who has nowhere else to go. Coogan is way over the top – I don’t think I know any gay man who is like his character – but if you want a 90-minute film that’s a bit fun and not too preachy or over-reaching, then this film is for you. But damn does Santa Fe look like an amazing town, and if anything, this film is an excellent tourist ad for this town located in America’s beautiful Southwest

Now open in the UK