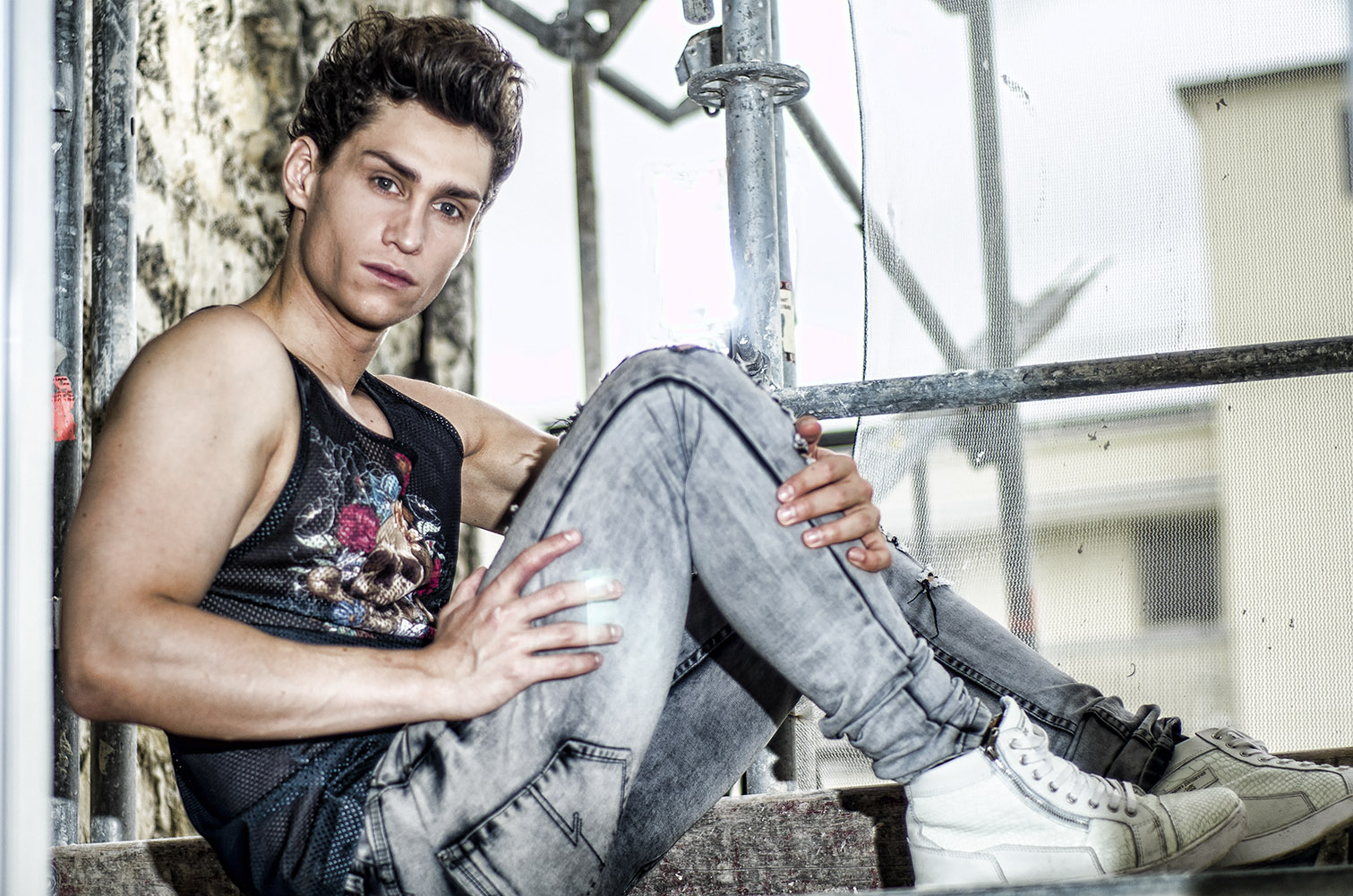 Paris, France – I first met Manuel earlier this year in Nice at the Queernaval celebrations. At that party, he was dressed in an impossibly tight t-shirt with a large set of angel wings strapped to his back. He was there to be the poster boy, lead of the parade and to play a few tracks to the crowd. He would later play a full set at one of the local nightclubs. Fast forward a few months and I find out that Manuel is now playing fairly regularly at Paris’ largest gay club Gibus (Jee-boos). I decided to go along, check out the night and explore some of Paris’ nightlife.

We met Saturday night, before the party at a little cafe restaurant in the Republique square in Paris, along with his very good friend, French singer Angie Be. Blanch began mixing a few years ago in Marseille in the south of France but soon decided that he would need to be in Paris if he was going to go pro and be a full-time DJ. Since making the move he has been featured in France’s largest LGBT magazine Garcon, appeared in Nice at the Queernaval, and had a short residency at Nice nightclub Le Six. He is also a regular DJ at Gibus. The night I visited, he was the final DJ to end the night for their Heros XXL event which was a massive 10 hours of clubbing in Paris’ gay district.

Blanch’s style is described as Trance – a mixture of solid base beats and remixed dance tracks by performers like Sia and David Guetta. His sound is a happy, upbeat blend of seamlessly mixed tracks that matches his sunny and always enthusiastic personality, and had the crowd at Gibus dancing until nearly 10am. His musical influences include the 2001-2004 period and German and Belgian dance and trance projects.

Strikingly beautiful, Blanch gathers followers whenever people see him or hear his music, which attests to the large groups of screaming fans when he took to the decks in Gibus Sunday morning at 7am – fans who had waited all night to hear him play.

For those of you in London, you don’t have to travel so far or wait that long to see and hear Manuel for yourselves. He will be appearing at the Mighty Party, an upcoming tea dance in London, this December. Despite the cliché, Blanch hopes to score a gig in Ibiza soon, but in the meantime, I’ll be heading across to Dresden next week to hear him play there on the 20th at the Gaynight Pool Party at Puro, and he’ll also be appearing at the Sinners Party in Munich in October.

To hear Manuel now check out his soundcloud: https://soundcloud.com/manuelblanch

Australian photographic artist living in a small city in Germany. I travel a lot around Europe and blog about my travels, as well as photograph the cities and people I meet.