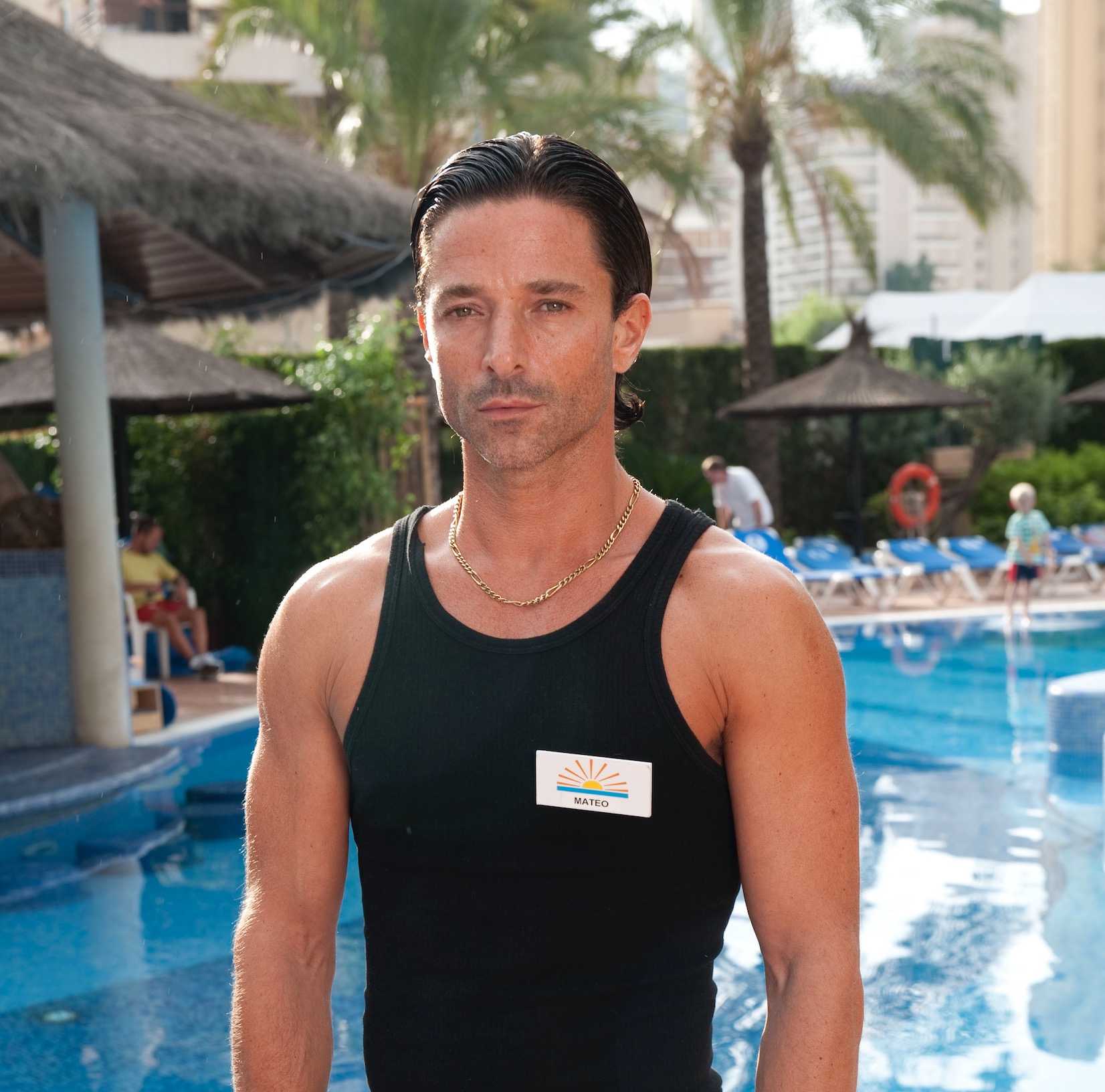 He’s probably most famous for his love-rat character on the ITV comedy Benidorm, but who does he love in real life?

Jake Canuso plays a lothario on the hit comedy, Benidorm, but who is the actor romantically linked to in real life?

Does Jake Canuso have a boyfriend or girlfriend?

Jake, it seems is very private about his romantic life and not much is known about his sexuality. There have been several rumours surrounding his sexuality, however, he’s never publicly confirmed or denied whether he is gay, bisexual or straight.

Once again, Jake has remained tight-lipped on whether he’s is married or not. We simply don’t know.

Before he became the star of Benidorm the 48-year-old was a dancer and starred in the music video for “No More I Love Yous” by gay icon Annie Lennox.

He also appeared in the video of Alex Party’s 1995 hit single “Don’t Give Me Your Life”.  He’s also rumoured to be great friends with Pineapple Studio’s star Louis Spence.