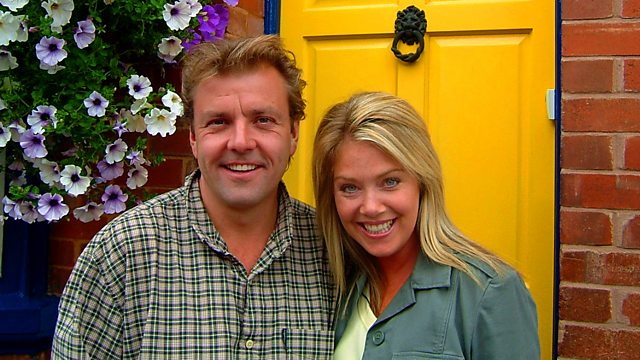 Martin Roberts is the popular presenter of daytime favourite Homes Under The Hammer, but who is he and what do we know about him?

Martin Roberts isn’t gay or bisexual, he’s married to a woman called Kirsty Roberts. They wed in 2010 and together they have two children. Speaking about what he was going to miss the most before entering the I’m A Celebrity Get Me Out Of Here jungle in 2016, Martin said, “Aside from my family, my mobile phone as I am attached to it and coffee – I drink eight cups a day”.

What is Martin Roberts most famous for?

Martin is probably most famous for starring in in Homes Under the Hammer on the BBC which he’s been hosted for 14 years. He’s also starred in Celebrity Masterchef in 2010.

How old is Martin Roberts?

Hailing from Warrington in Cheshire, Martin Roberts was born in 1963, which makes him 53/54.

Yes, Martin Roberts is married to a woman called Kirsty Roberts. They wed in 2010. They now live in Bath, Somerset with their two children. He said that he’s, determined to make his two children proud of him.

What is Martin Roberts’s net worth?

Thanks to his property development business skills Martin is reportedly worth a cool £1.2 million according to spearswms.com.

Does Martin Roberts have a man crush?

Yes, it seems as though Martin Roberts would like to create a bromance with Eddie Izzard. He said that he believes Eddie would be a “riot” to hang around with and be the perfect camp mate.

What was Martin Roberts first job?

Martin’s media career started in 1986 when he left Bradford University. He was a reporter and producer at BBC Radio Lancashire. In the 90s Martin became a property developer and made the move to television when the BBC’s Put Your Money Where Your Mouth Is and How to Survive the Property Crisis came calling. He’s now a daily fixture on Homes Under The Hammer which he’s been hosting for 14 years.