LBC lets Nigel Farage go before his contract is up 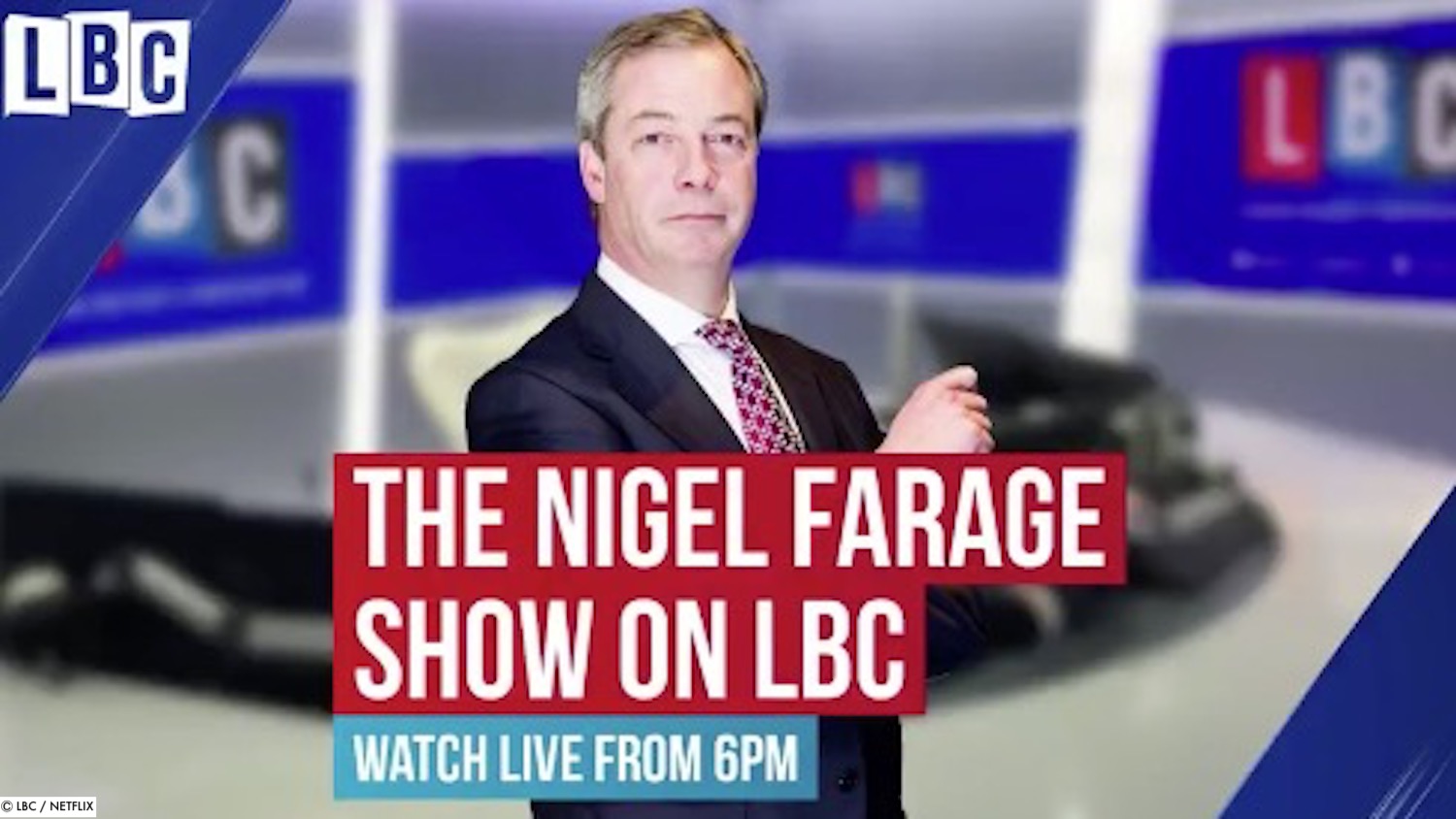 One of the UK’s most popular radio stations, LBC, is letting Nigel Farage leave the station before his contract was officially over.

The station which is owned by Global Media, said in a statement that it wished him well, but after discussions with Farage it had been decided that Farage would step down with “immediate effect”.

According to the statement, Farage’s contract, which hadn’t fully run its course but was “up very shortly” with the radio station wouldn’t be renewed and that he was being released from it with “immediate effect”.

The station has had a history of ending its contract, or not renewing contracts with some of its most controversial hosts. In 2017 the station ended its relationship with Katie Hopkins.

In early 2019, Farage created a new political party, after stepping down as the UKIP party leader. The new party, The Brexit Party welcomed in a variety of politicians including Anne Widdecombe, well noted for her anti-gay voting history.

At the time of publishing, Nigel Farage had not acknowledged the statement by LBC.