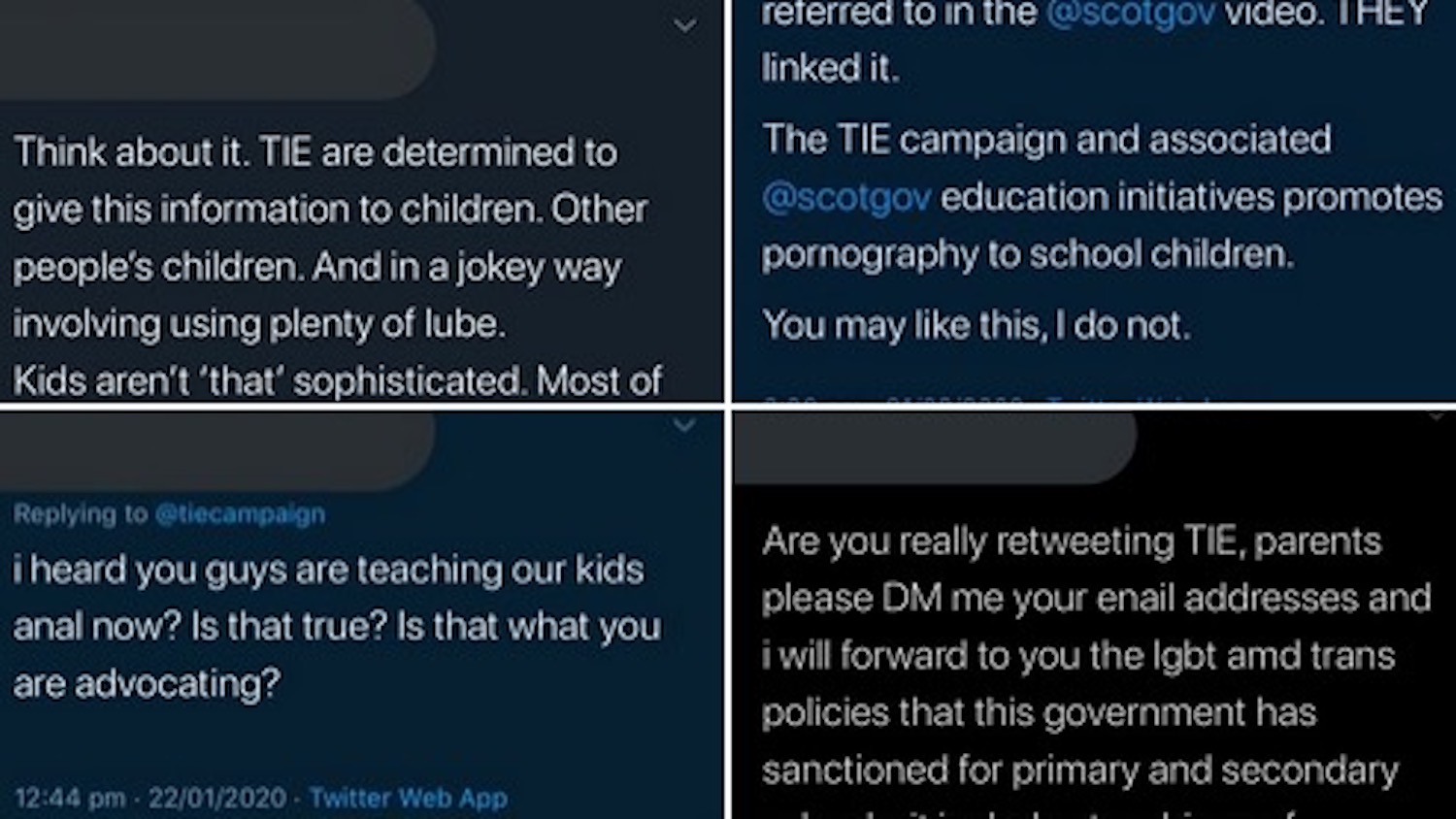 The Scottish Time For Inclusive Education (TIE) Charity has outlined some of the attacks its volunteers and founders have had to deal with.

In a horrifying thread on Twitter, the TIE campaign has revealed the extent of abuse it has received from bigots on social media platforms like Facebook and Twitter. The charity said it had also been a victim of a campaign of lies about its work “to damage its reputation”.

The charity, which is based in Scotland, says it has been receiving attacks via social media platforms for months because they are an LGBT charity working with schools, teachers and educations.

The charity’s primary goal is to tackle “prejudice-based bullying” and to provide schools and educators with sessions on gender stereotypes/equalities and resources which help educators include LGBT+ people in the curriculum.

However, for months, volunteers say they have been targetted with “hurtful and dangerous posts and messages from “individuals who appear to be opposed to LGBT themes being included within education” an attack the charity describes as unprecedented.

The posts include defamatory and homophobic rhetoric, which has made volunteers concerned for their safety.

Speaking about the threats, a statement from the charity said,

“For decades, the LGBT community has been subject to homophobic propaganda which paints us as a threat to children by claiming that we are paedophiles, child abusers, groomers. Until recently, we believed we had moved on from those dark days. Sadly this is not the case online.”

“They are trying to cause faux outrage & jeopardising our safety”

The co-founder’s own child was used in this smear campaign and pictures of the child were used across social media with the slogan “Say no to the indoctrination and sexualisation of our children”.

The charity says, “All of this is, obviously, untrue. We know a thing or two about LGBT history, so we understand that this is tactical homophobia: to throw as much mud as you can, & hope it tarnishes the org. They are trying to cause faux outrage & jeopardising our safety in the process….

“The truth is that some of these individuals are anti-LGBT. Others, however, have simply chosen to target us because we are trans-inclusive in our work. All of this started when proposals to reform the GRA (Gender Recognition Act) became a prominent topic of discussion on Twitter.”

TIE also pointed out that Twitter was a particularly problematic platform for them stating,

“This platform, in particular, is a problem. LGBT people and charities are regularly called groomers, paedophiles, abusers. This is unacceptable and horrific. @TwitterSupport needs to do more about this.

Twitter is a platform where homophobic and transphobic language is used constantly. Research THEGAYUK uncovered in 2018 showed that words such as “faggot” “dyke” and “no homo” are used millions of time a year.

The charity has said that it has taken legal advice.