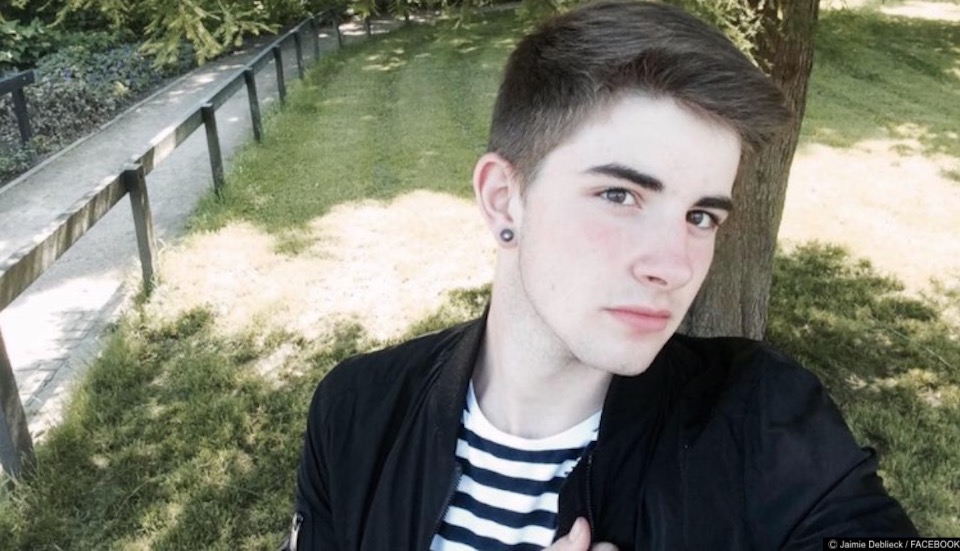 Attacked from behind, brutalised and hospitalised for being gay

Mr Gay Belgium, Jamie Deblieck, was attacked in a brutal homophobic attack in his hometown in Belgium. His attackers called him a “f**king homo” before stomping on him, leaving him with injuries that needed medical attention.

Jaimie, who is also autistic, posted a message on his Facebook profile, which translated to, “Attacking me from behind and stamping is one thing. Calling me “f**king gay” after that, you’re gonna regret it. I’m not leaving it here, you coward.”

Jaimie is currently fronting a campaign to bring awareness to Autism, in a campaign called Autism | Understand, Don’t Judge.’

According to the advocate, he was attacked from behind but was able to view who attacked him and report his attacker to the authorities – saying that the public prosecutor would be on the case to bring the alleged attacker to justice.

Posting again, Jaimie thanked his friends and followers for their well wishes and support saying,

“Your support is what is going to pull me through these difficult days, and for that I would like to thank you from the bottom of my heart.

“A complaint has been filed against the [perpetrator] and the public prosecutor’s office will get to the bottom of this case.

“I also want to tell you why I chose to stand in front of the media. A lot of people in our country, like me, have had to deal with physical aggression because of their orientation and have not yet dared to come out of it. That’s why I decided to spread my statement through the media landscape. Events like this should be reported. There are a lot of bodies such as the unia, police, holebiverenigingen to itself an app (Uni-form) where you can report such cases. I tried to share this message today at my best”.

Together We’ll get there!

He finished with a more positive message saying,

“Hating me, threatening, beating up.. Nothing’s gonna stop me from doing my job as mister and defending our community. Together We’ll get there!”