OIly Murs Opens Up About Sexuality 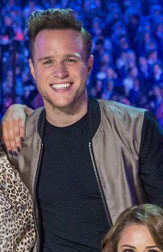 Olly Murs as opened up about his sexuality and apparently he’s about 1/5 gay. Olly Murs may be known as a bit of a heartthrob for women across the UK, but the singer and presenter has just come out as gay – well about 20 per cent of him is.

Dan Wootton of The Sun broke the story this morning,

Speaking about Sacha Baron Cohen, who recently came out as 31 per cent gay, Olly said,

He went on to confirm his gay credentials by adding,

“I’ve got a lot of gay friends I get on with really well. I get on with everyone. Everyone’s got a bit of campness about them . . .”

The Kiss Me singer broke up with his girlfriend, Francesca Thomas in September and spoke about how he prefers being in a relationship. He said,

“I don’t like being single, I prefer being in a relationship, so hopefully it won’t be for too long. I haven’t been on a date in ages though.”

Dan Wootton went on to label Olly Murs as pansexual, which may not be technically correct – as pansexuality is defined as having a: romantic, sexual and emotional attraction to people of any sex or gender identity.

Earlier this year Union J’s George Shelley opened up about attraction to both men and women, but did not want to define himself as gay or bisexual.