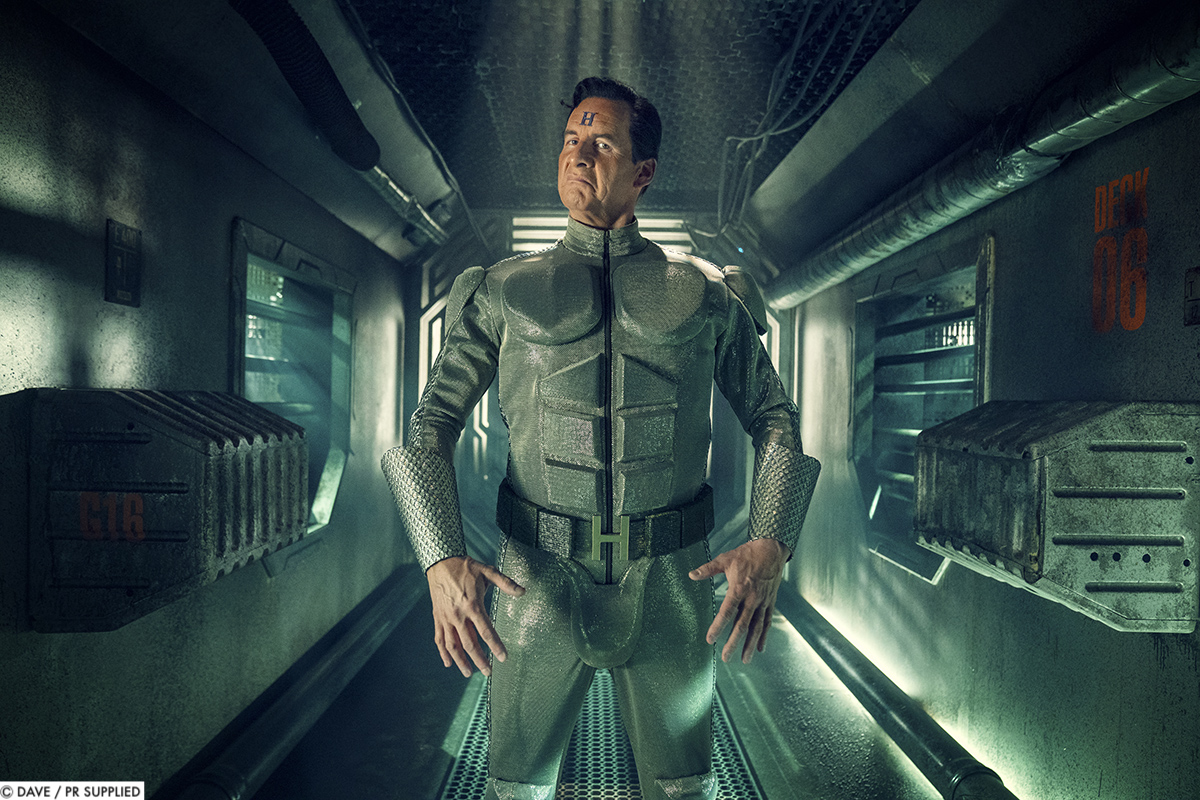 Only a few more weeks until the return of Red Dwarf on Dave, not in sitcom form this time, but a massive movie-style special called: Red Dwarf The Promised land.

Over the last few days, we have been teased with cast pictures, a teaser trailer that tells us big things are afoot and today the poster was revealed.
It’s all looking good!!

None of these revelations, though, caused as big a stir as the single new picture that was revealed of the series resident hologram Arnold J Rimmer (Chris Barrie).

He is expected to receive an upgrade in the special that has him looking rather … different.

A lot of fans were shocked by the change from his usually smart look, but many rather appreciated the change as well.
What do you think?

Meanwhile here is the trailer and our info on the special so far, from he official synopsis:

The new 90-minute special is the thirteenth outing of the legendary sci-fi comedy. It reunites the original cast of Chris Barrie (Rimmer), Craig Charles (Lister), Danny John-Jules (Cat) Robert Llewellyn (Kryten) and sees the return of Holly (Norman Lovett) the much-loved ship’s computer. Written and directed by Doug Naylor, it was recorded in front of a live studio audience over two nights at the world-famous Pinewood Studios.

Three million years ago… David Lister, a vending machine repairman, was sentenced to eighteen months in suspended animation for smuggling his pregnant cat aboard the mining ship Red Dwarf. While Lister remained in stasis, a radiation leak killed the rest of the crew. Safely sealed in the hold, the cats evolved into humanoid form. The cats now roam deep space in a fleet of their own…

The special will see the posse meet three cat clerics (Tom Bennett, Mandeep Dhillon, Lucy Pearman) who worship Lister as their God. Lister vows to help them as they’re being hunted by Rodon, the ruthless feral cat leader (Ray Fearon) who has vowed to wipe out all cats who worship anyone but him.