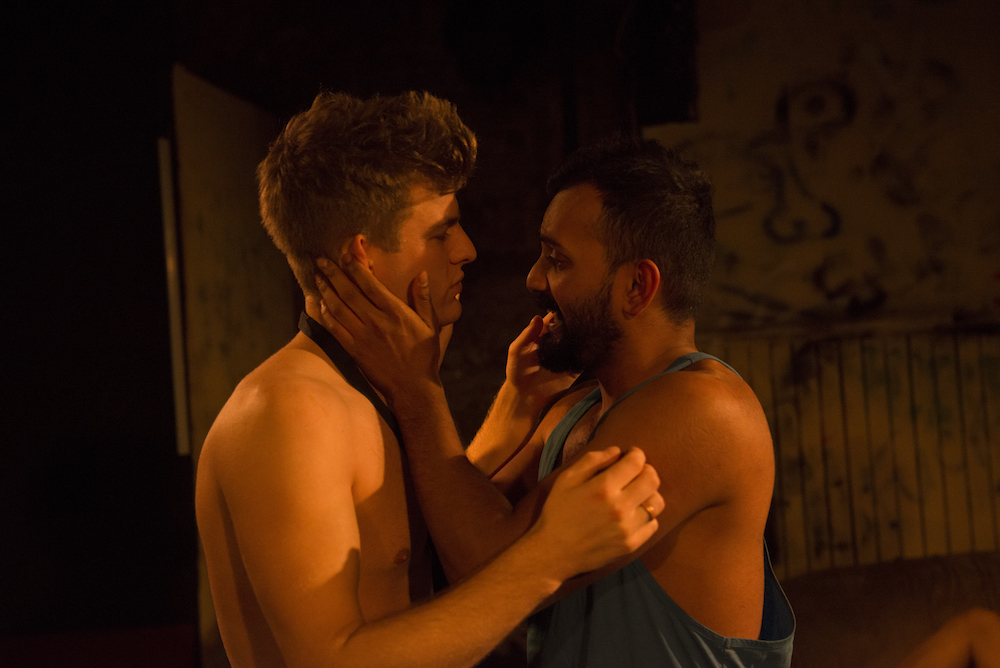 Writer and director Peter Darney has pieced together a play from over 50 hours of interviews from guys using sex apps – more hardware than soft, not for everyone’s tablet.

What seems like an evening at the funfair can gradually turn into a ride on the Smiler at Alton Towers.  Barney’s depiction of being loose with your lips and ya other bits while carmelysed out of ya conker can lead to supposed secure open-relationships spilling more than their loads, flowing Confessions on a Plastic Sheet and to constantly looking over the strap of your mankini. Potent stuff.

The sincerity, gurning and tactility that emanates from the five portrayers will make you feel as if you’re a voyeur, voyeuring at a bona-fide pharmaceutical-fuelled fornication-free-for-all.  Impressive work boys.

Middle America preachiness on occasions: racism, HIV, barebacking, religious obligations and a three-sling-spinning-spit-roast were just some of the ingredients poured into this drugged up cocktail.  It’s wasn’t just the MDMA causing a blur – a smidge over packed.