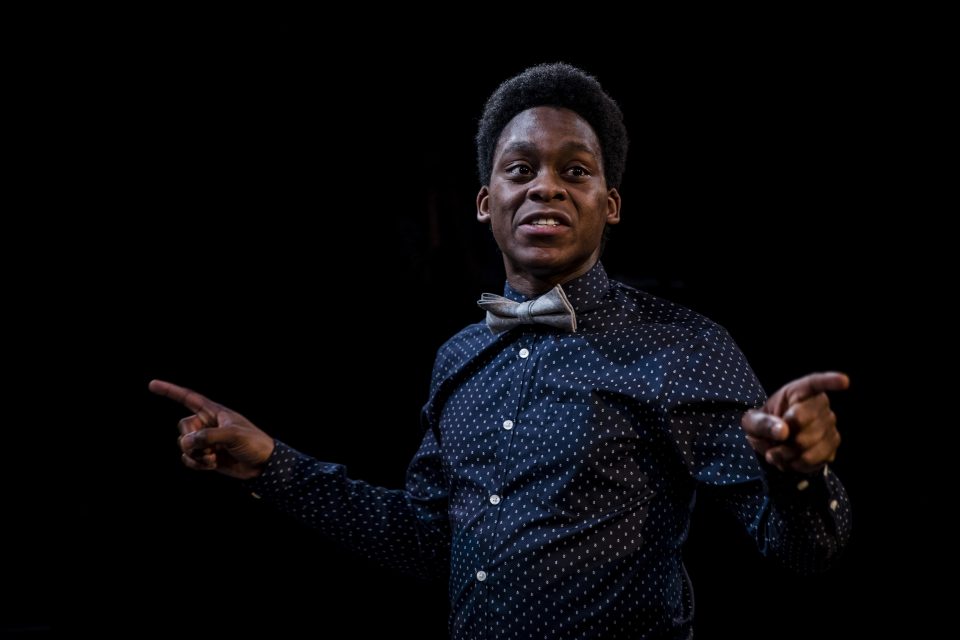 For someone who’s a fan of Philip Ridley’s work this promised to be a thrilling night and one which I was looking forward to. Six new monologues are performed by one actor/actress. The roles are gender neutral with switches in who plays which monologue each night. So far so good. Sadly, though, the evening felt somewhat disjointed with writing that felt like off-cuts.

If you know Ridley’s work then you’ll know what to expect but that also that you can never quite predict what’s going to be on offer. All the classic Ridley elements are there: incandescent rage, confrontation with the audience, wild flights of fancy and other wordliness. Whilst the plays are disturbing, dark and devilishly funny, they just don’t feel meaty enough to grab you.