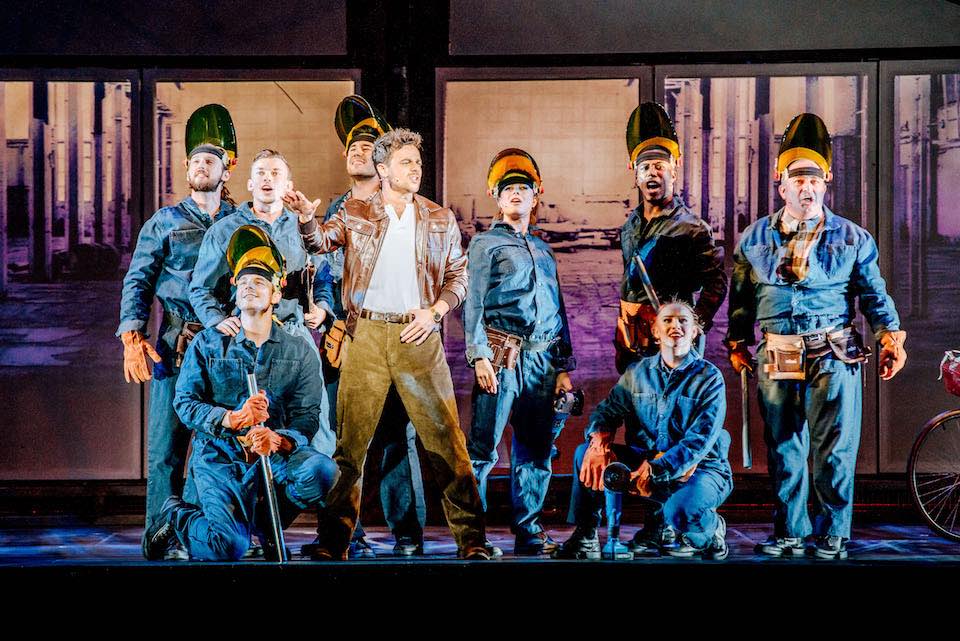 Those wanting a theatrical version of the film (akin to the Dirty Dancing musical) won’t get that here, given the light plot, but it does have a few good set pieces and a feel-good ending to be had.

Back in the 80’s, movie musicals such as Fame and Footloose blazed a trail across cinema screens and into the hearts of foot tapping teens everywhere. But nestled between the two was Flashdance, the story of Alex – a welder by day and a club dancer at night, with a dream to make it into a prestigious to dance school. Now fully embedded in popular culture, being mimicked by Geri Halliwell and Comic Relief; and even making an appearance in The Full Monty, Flashdance now takes to the stage with Strictly Come Dancing’s Joanne Clifton.

Based incredibly loosely on the film, the stage show waters down the story of the gritty welder and her struggles to make it, and provides a fairly sanitised version of the story, with plenty of nods to the film, but placing the emphasis on different aspects of the story. The show retains a handful of songs from the film’s soundtrack, including “Maniac”, “Gloria” and “Flashdance (What a Feeling)”; but packs them in tightly with a high number of original songs which are functional, but not particularly memorable.

Filled with an abundance of day-glow, colourful neon, the show is little more than an excuse for some vibrant dance numbers, nowhere more alive than in Demmileigh Foster’s show-stealing rendition of “I Love Rock ‘n’ Roll”, and in the rather upbeat closing medley. Joanne Clifton shows that she can sing as well as dance, and Colin Kiyani was perfectly affable as Nick, Alex’s boss and boyfriend.

Those wanting a theatrical version of the film (akin to the Dirty Dancing musical) won’t get that here, given the light plot, two dimensional characters and a rather lacklustre script; but this story is really a wraparound device to tie together the musical numbers of which there are plenty; with a few good set pieces and a feel-good ending to be had.

Flashdance the Musical is at Sheffield Theatres until Saturday 11th August 2018 before continuing on its national tour.