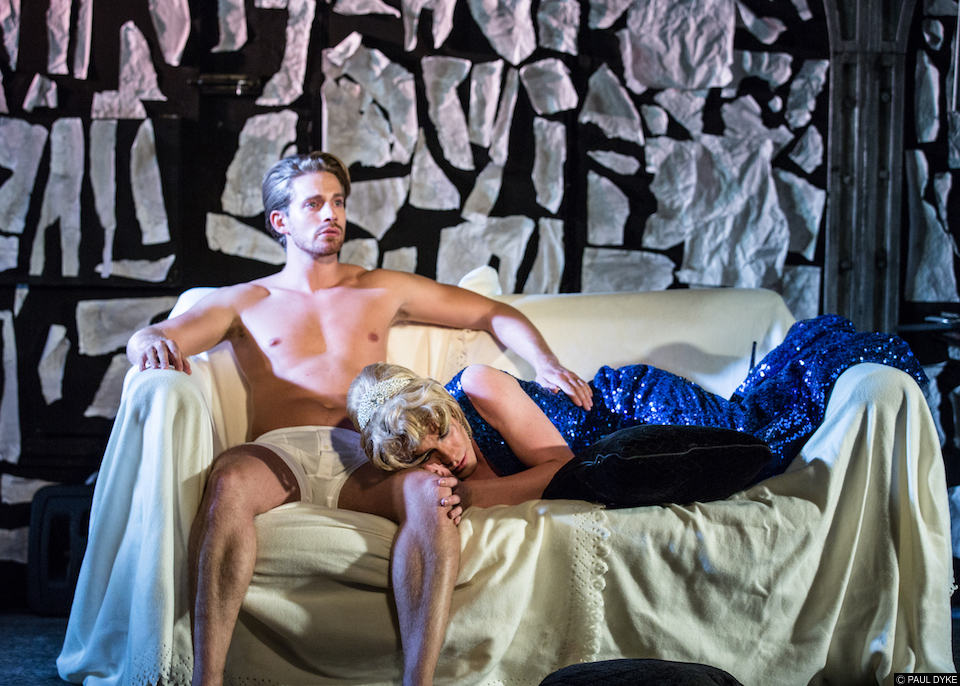 London is very fortunate to have a theatre like the King’s Head because of its repertoire of gay-themed shows. And now it’s in the middle of presenting its LGBT Festival with the showcase of a new play called Outlaws to In-Laws.

Outlaws to In-Laws attempts, successfully, to depict the experiences of gay men over the last seven decades. And while it’s a subject that would be daunting for any theatre, or playwright, involved, the seven playwrights who wrote the seven shows that cover seven decades of gay life do their darnedest to both entertain and educate the audience. Here are some of the highlights:

Happy and Glorious – by Philip Meeks – is set in the 1950s on the day of Queen Elizabeth’s coronation where two men fall into a tryst and both their lives change forever.

Mister Tuesday – by Jonathan Harvey (Beautiful Thing) – Peter and Jimmy have sex, on Tuesdays, but we soon realize that Jimmy is married with children while Peter threatens to blackmail him just so that he can keep the trysts, and possibly more, ongoing.

Reward – by Jonathan Harvey – a riveting story where a rough and tough skinhead and a young black man meet at a bus stop and fall into a relationship, but it’s illicit one where both of them could be in real danger. Both actors, Jack Bence and Michael Duke, are excellent.

1984 – by Patrick Wilde – where two men have an encounter, and one of them, a politico for Thatcher, realizes that all that he stands for is soon to change.

Brothas – by Topher Campbell – where two black men, Dwayne and Remi, have fun cruising on a black dating site, slighting the unattractive ones while favouring the more ‘looking and acting straight’ ones. But it’s Dwayne who’s in it for more than just the sex.

While most of the stories are very good, what is best about this production are the performances. All seven actors give it their best, but it’s a few of them who really stand out. Bence, as previously mentioned, is highly memorable as the skinhead in Reward and as Peter in Mister Tuesday – both roles require high stakes drama and passion, and Bence delivers, while both Myles Devonté and Duke look very comfortable in their roles in Brothas – they are both naturals in front of the audience.

Outlaws to In-laws is two hours of theatre that, while a bit cobbled together, is still a very good journey that takes us from decade to decade of gay life linked together very cleverly and showcasing the talent of the playwrights and especially the actors.

Outlaws to In-Laws is now playing at The King’s Head Theatre until September 23.