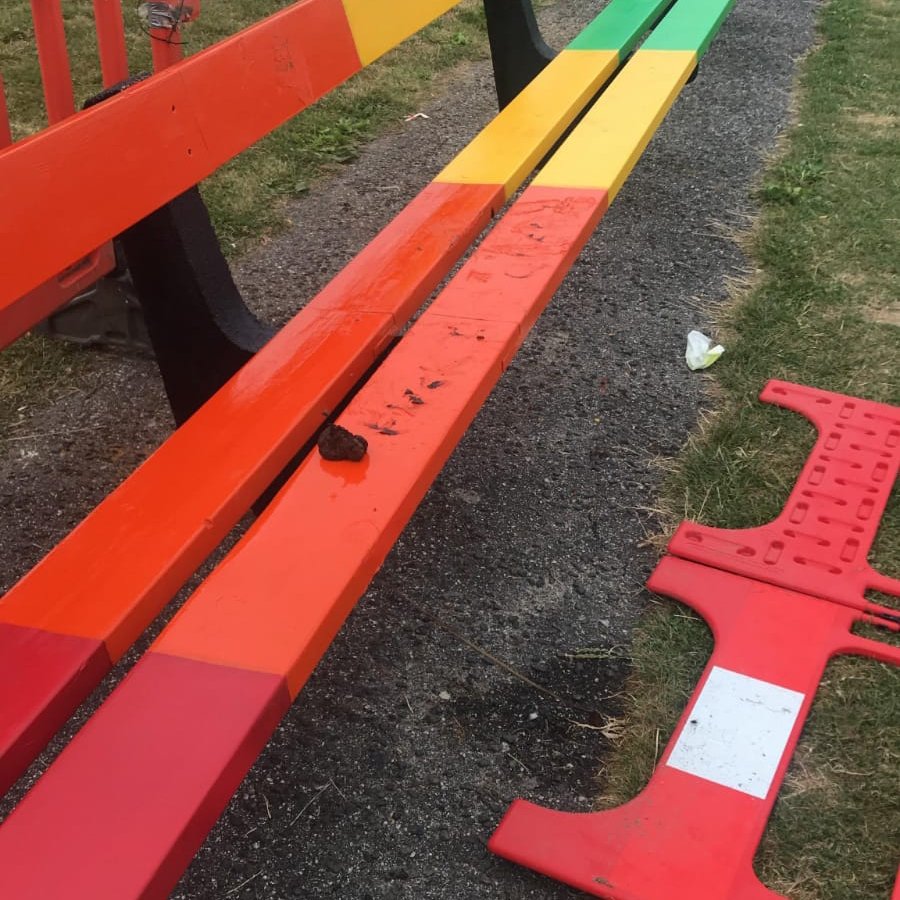 Homophobes have left a public bench, which was specially painted in rainbow colours to mark Cornwall Pride covered in sh*t.

Homophobes have left a public bench, which was specially painted in rainbow colours to mark Cornwall Pride, covered in sh*t.

Organisers of Cornwall Pride have been left gutted after a bench, which had been freshly painted in the rainbow flag, was covered in what is assumed to be human excrement, with the words “f**king queers” written in it.

The bench was due to be unveiled shortly to celebrate pride season in Cornwall, however, within 13 hours of the paint job completion someone had dumped on the bench and written a homophobic slur in the mess.

Taking to social media the Cornwall Pride team wrote, “Why LGBTQ+ Pride? Last Night Someone Shit on our unfinished #PrideBench and spelt out “F***ing Queers” in shit. P.S Police have CCTV”

PICTURED: The bench being finished by the Cornwall Pride team, before someone defaced the bench by defecating on it.

The bench paint update was to do with a local project called DIY SOS Local a project which helps give Newquay’s Beach Parade a “sprucing up”. Cornwall Pride were gifted two benches on the Beach Parade.

The bench will require scraping and repainting as the paint had not dried before it was damaged.

A statement from Cornwall Pride said, “After all that hard work it was heart breaking to work through today knowing what had happened.

This has been condemned by Cornwall Pride organisers the Newquay community leaders, council the Devon and Cornwall police as an obvious hate crime. It has been given to the Police as and they will be investigating as they have CCTV of the area. “A vile act of a individual or individuals that do not represent the feelings and support Newquay has for the community”

“Please do not allow this to deter that Newquay is incredibly supportive of the LGBTQ+ community. Cornwall Pride our supporters and the whole LGBTQ+ in Newquay are in shock but are now stanging stronger against the hate, which is why Pride exists”.

The tour bus took off just after 9:00 AM in Newquay and returned over 12 hours later.

Cornwall Pride’s official pride is to take place on the 25th August 2018.  To find out more visit their website.