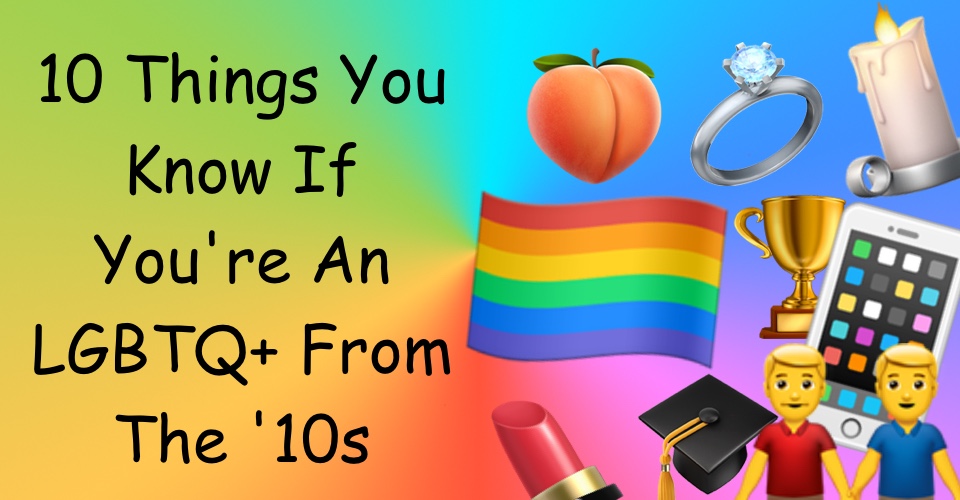 This seemingly small act in 2012 ensured that schools took a stand against homophobia. A 2014 Stonewall teachers’ report found that “the proportion of teachers who say their school has a policy that explicitly addresses homophobic bullying has increased significantly: in primary schools from 19 percent in 2009 to 31 percent in 2014, in secondary schools from 30 percent in 2009 to 55 percent in 2014.” However, the report also states that most teachers believe there’s a lack of leadership standing to tackle homophobic bully and fewer than 1/5 teachers say their schools’ library has LGBTQ+ information books. Only 8% of primary school teachers and 16% of secondary school teachers say they’ve had specific training to deal with homophobic bullying, so while the 2012 act added homophobic bullying to Ofsted reports there’s a long way to go from there. But it’s a clear sign that times are changing to include LGBTQ+ students in governing reports and not just acknowledge the potential danger they may face but actually do something to change it.

The Marriage Act (For Same-Sex Couples)

Just one year later, this act was passed in England & Wales in 2013 and two years later in June in 2015 in the USA. Civil Partnerships were granted in 2004 giving essentially the same rights and responsibilities as heterosexual married couples – but why go above and beyond to instil and enforce the difference of same-sex relationships in a whole new act? Well, now gay couples can have the same legal standing of marriage as straight couples thanks to Maria Miller, the Chair of the Women and Equalities Select Committee who introduced the act. The first same-sex marriages in the UK took place on the 29th of March in 2014. Love wins!

Her speech in 2014 for the Human Rights Campaign was groundbreaking. It made global headlines and many praised Page for her bravery and honesty. Ellen Degeneres, Neil Patrick Harris, Adam Lambert and Ricky Martin paved the way for celebrities like Page to come out but Page’s speech covered the crushing standards of beauty the industry puts on everyone – not just young people – and how the ideology of being a certain way forces you to act a certain way. She discussed the bullying, the secrecy, the boxed-in claustrophobic feeling of being in the closet out of the toxic fear of being outed. She chastised the narrow views of femininity and masculinity and how they serve no purpose in contemporary society. She made you think and feel and cheer and cry and it was (and continues to be) one of the most empowering speeches for LGBTQ+ youth who feel oppressed by the norms and values of society. I will never forget how she talked so openly and honestly without painting everything black and white. But if you take just one thing away from her speech, let it be that you can make a difference by loving yourself. Because that’s where you start loving other people and that’s how you save lives. Not by being horrible to other people but by loving each other.

Love her or hate her, there’s no denying that the media’s attention was laser-focused on Cait after she came out as a transgender woman in April 2015. She’s not the best advocate for the LGBTQ+ community but the truth is she helped bring the limelight to transgender rights and the discrimination the marginalised group suffer daily. Many people didn’t even know what being transgender meant before Cait. Bruce Jenner, the Olympic gold medallist, showed the world anybody can feel like they don’t belong. Of course, let’s also not forget the important work of Laverne Cox, the Wachowskis and Aydian Dowling.

The Explosion of Dating Apps

A plethora of never-ending headless torsos at your beck and scroll. With such an endless selection of gay apps – from Grindr, BoyAhoy, SCRUFF, Adam4Adam, GuySpy, Hornet, Jack’d to GROWLr – there’s a noticeable lack of lesbian-centric dating apps. HER is essentially the only one tailored specifically for queer women. You could always just select a women-only feature on Tinder, Bumble, OKCupid, etc. but why is there such a large dating market for queer men and not for queer women?

Violet is a great queen (don’t come for me Violet stans) but Ginger, regardless of how many times she was in the bottom two compared to Violet’s safe streak, was undeniably the standout star of the season. To this day it irks me that the skinny queen with the snatched waist won over the most multi-talented comedy queen in RuPaul history. It seemed like Violet’s “redemption” arc was shoehorned in the last 3 episodes as a set-up to make her likeable. Ginger was consistently funny, heart-warming and bled her larger than life personality into every performance. I just think America’s Next Drag Superstar should be more than just a pretty face with a good aesthetic. Sue me.

Controversy controversy controversy. Definitely a lower point in the LGBTQ+ community. The white-washing and white saviour narrative depicted in the film, although tiresome and ignorant of real-life history, actually highlighted one of the biggest problems in our community: the glorification of white gay males. Now, Stonewall could have significantly played upon this trope in a satirical social commentary and made a point of casting mainly white, attractive males – even if it is a stretch to suppose the potential of a film that ignores a large portion of its real life history. Instead of addressing these issues, whatsoever, producer and director Roland Emmerich responded to the commentary saying, “I didn’t make this movie only for gay people, I made it also for straight people… As a director, you have to put yourself in your movies, and I’m white and gay.” There’s no logical response to the oblivious ignorance of this comment, but he didn’t stop there. He went on to claim the gargantuan failure of the box office on “one voice on the internet who saw a trailer and said, this is whitewashing Stonewall. Stonewall was a white event, let’s be honest. But nobody wanted to hear that any more.” Despite whatever twisted ethnocentric version of history Emmerich believes happened, people of colour, drag queens and lesbians (surprise, surprise, the film features one poorly portrayed openly lesbian character) all participated and played a huge role in the pivotal Stonewall Riots, don’t let this flop of a film tell you otherwise.

49 people were killed and 53 were injured in the Orlando nightclub shooting, one of the biggest mass shootings in American history. I guess it shouldn’t be this surprising that horrible, horrible occurrences like this still happen. We often take for granted how far the LGBTQ+ movement has come and all the sacrifices made to give us the (somewhat limited) freedom we have today. But it’s events like these that bring us closer together, in grief and in loss we remember and we reflect and we never let our voices go unheard. For the 49 people killed, for the 53 people injured, we must continue being unapologetically ourselves and demand the treatment every human being deserves – labels and categories and boxes be damned. In Trump’s America we can’t let anything divide us and we can never, ever forget.

All great LGBTQ+ icons. All taken too soon in the same year. There’s not much else to say but to remember their lives and their accomplishments with nothing but love in our hearts for each time they stood up for us.

2015 may have flopped with Stonewall, but 2016 made up for it with Moonlight. Not only was it the first LGBT film to feature an all-black cast, it explored sexual identity and masculinity within the African-American community with a poignancy deserving of all its won awards. Critics and fans alike love it, which hopefully tells big execs what representation and what untold stories the worldwide audience is hungry for. Let’s continue to move forward, not backwards, and fill cinemas and awards lists with sensationally progressive films like Moonlight.

Just a Gemini who likes long walks on the beach.