COLUMN | Why a transgender woman wants to be MP

Why the time is right for me to stand for parliament. 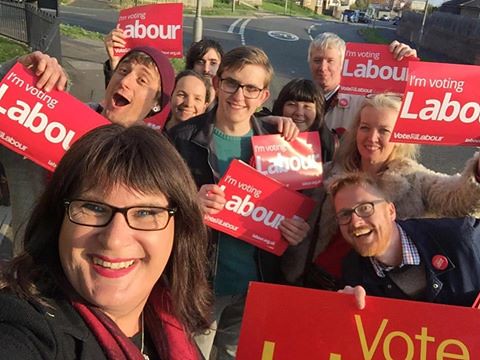 In the 1980s at the height of the Cold War, I was stationed in West Germany with an RAF Tornado squadron.

Suffering from Post Traumatic Stress having saved the life of a colleague following an explosion, I was filled with an acute sense of injustice at the way the world operated.

This was Thatcher’s Britain, the miner’s strike, rioting on the streets, section 28 and a war in Northern Ireland.

I would lose myself in political books trying to discover a more caring model of society, one in which people were treated with respect no matter who they were.

I already knew that I was transgender, even if I didn’t have a name for it at that point. I know that there was something about my identity that just didn’t feel right.

The mental anguish of my gender dysphoria coupled with the post-traumatic stress led to depression, and then self-harming and suicide attempts.

As I became more aware of what my trans identity meant I realised that any political ambitions that I might have had, were out of the question, with politicians being outed for their sexuality what chance did a bisexual transgender person have.

Even when I came out in 2015 I was still terrified that by being true to myself that I would lose everything, my career in football, my family and most of all, my children.

By being true to myself I’ve lost a lot, my entire family turned their backs on me at the very moment that I needed them most, but my children have been amazing and I regularly see my two youngest kids.

When I came out I faced a choice, to either hide or to stand up and try to make a difference.

I began speaking about my journey and very soon found myself speaking at venues like Wembley Stadium and the TUC.

My story moved people, not because it was unusual but because it included universal messages of fear, loss and redemption.

I was offered a job in television and I saw this as an opportunity to continue the work that I’d done years before with my newspaper, to educate and inspire people to change the world around them.

In 2016 I was approached to stand for local political office but was barred from this opportunity unless I gave up the TV work and so, reluctantly, I had to decline.

And then Theresa May called a snap general election, the plans that I’d had to potentially stand in 2020 were thrown into overdrive and I declared an interest in becoming a candidate.

The country needs a change, years of austerity have left whole communities desperate and lost.

I’ve been out on the streets of Brighton, speaking to voters and they feel isolated and unrepresented by the Tory government.

The reception to me, as a trans woman, has been positive with many declaring that it’s time for greater diversity in parliament.

The time is right, the time is now and we must all work together to achieve a more caring, more diverse society where everyone can live free from fear and where no one suffers from prejudice regardless of their gender, sexuality, gender identity, race, religion, disability or wealth.

And that is why I am standing to be a Labour Party candidate.