Could homophbia in Scottish schools be a thing of the past? 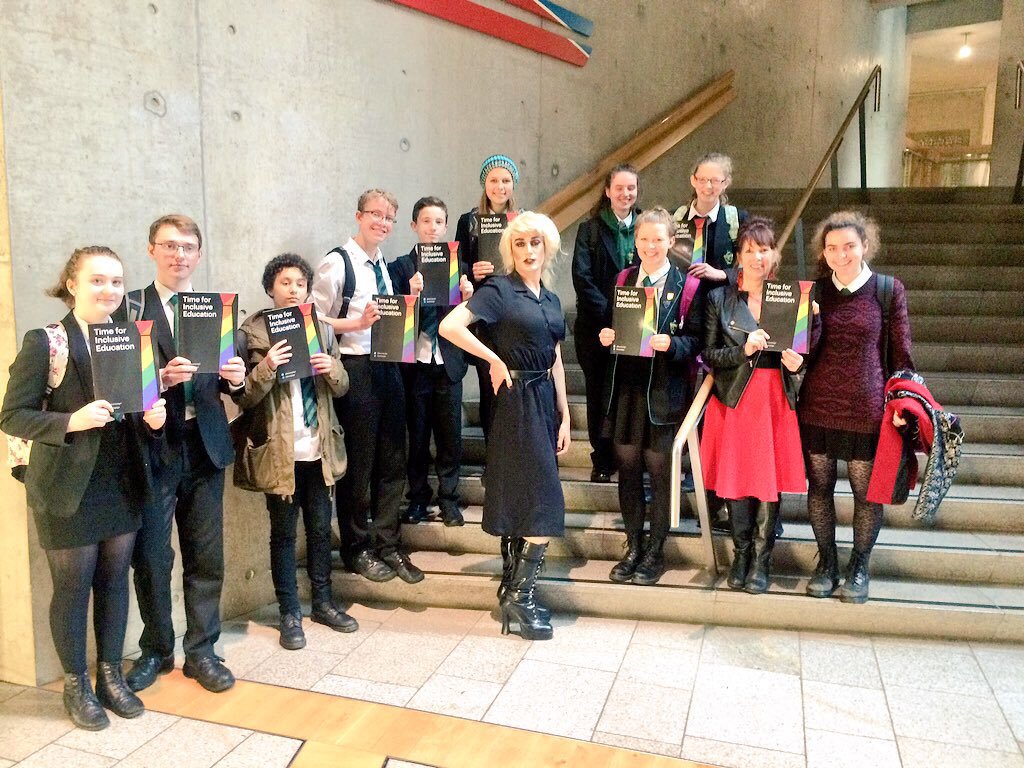 The campaigning group Time For Inclusive Education has announced a new training scheme today (22 June), as they step up their efforts to end homophobia in Scottish schools. In the week marking sixteen years since the repeal of Section 28 (Clause 2A in Scotland), which banned the discussion of homosexuality in schools, the Time for Inclusive Education (TIE) campaign have outlined their plans to train school staff on LGBTI issues.

The scheme will pilot with two free to attend training days in Glasgow and Edinburgh in October, and will be centred around how teachers can tackle homophobic attitudes and discuss LGBTI issues with their pupils in primary, secondary and additional support needs education.

The course has been created by TIE campaigners and teachers, including John Naples-Campbell, Scott Mowat and Danielle Campbell, who have each been recognised and awarded for their work on equalities education in schools.

The move marks the first time that a training course which is specific to LGBTI issues has been available to educators free of charge and is inclusive of the additional support needs sector.

TIE emphasised that the decision to organise training has been the result of working with schools, teachers and young people for the past year, and has been created as a response to the “systematic barriers” which prevent teachers from accessing training.

“For a year now, we have been campaigning for the Scottish Government to ensure that all schools are inclusive of LGBTI identities, and while we have considerable political support for our cause – we have encountered some worrying trends which must be addressed immediately. Despite being sixteen years since Clause 2a was repealed, we are still seeing it’s impact in schools across the country. Indeed, we have met teachers who still think that the clause is in place, and we cannot wait for political change before taking steps to rectify this.”

“Also, as a result of cuts to Continuing Professional Development (CPD) budgets, many schools are struggling to cover the costs of training their staff on LGBTI issues. This is why we have ensured that our course will remain free of charge and will be held out of school hours on Saturdays. Our events are a response to the systematic barriers which prevent schools from becoming inclusive of LGBTI young people, and we would encourage all teaching staff – whether probationary, trainee or currently practicing – to attend in October.”

Attendees at the training course in Glasgow will be welcomed with speeches from human rights lawyer Aamer Anwar, Scottish Greens MSP Patrick Harvie and the Very Reverend Kelvin Holdsworth of the Scottish Episcopal Church.

The training courses will be held on the 1st October in Glasgow, and 8th October in Edinburgh.

The announcement comes after party leaders pledged swift action on TIE’s calls for LGBTI inclusive education last week during a Holyrood debate on the Orlando shootings.