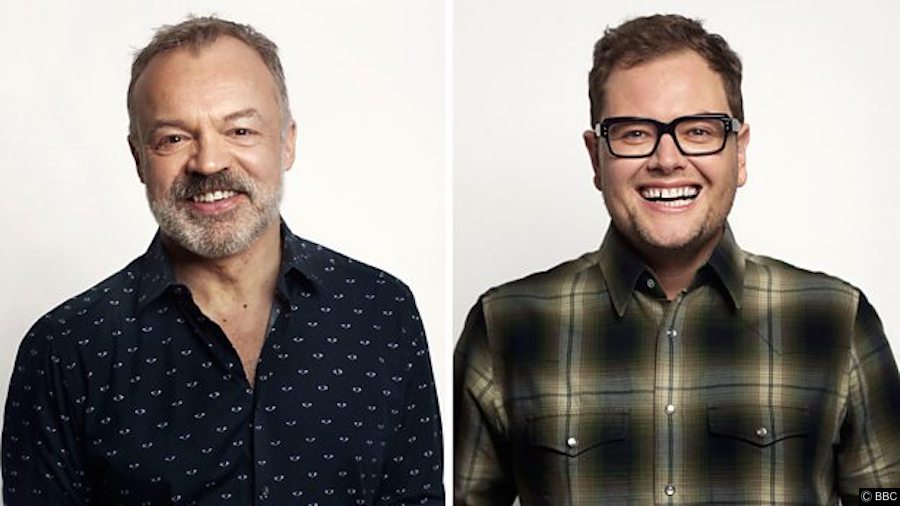 RuPaul and Michelle Visage will be joined by two stalwarts of British TV.

RuPaul and Michelle Visage will be joined by two stalwarts of British TV.

Alan Carr and Graham Norton will be joining Michelle Visage and RuPaul for the first ever Drag Race UK as judges when it airs later this year. BBC Three confirmed the news today, while Michelle Visage was confirmed earlier this month.

Alan Carr is no stranger to drag having dressed up as various female stars for Heat magazine particularly when he dragged up as Madonna to recreate her infamous “cape” moment at the MTV Awards.

BBC Three has confirmed two of TV’s best loved presenters and personalities, Graham Norton and Alan Carr, will be joining RuPaul and Michelle Visage on the judging panel for RuPaul’s Drag Race UK.

Eight-time Bafta TV award-winner Graham Norton is no stranger to RuPaul’s Drag Race, having already appeared on RuPaul’s Drag Race: All Stars season two in the US as a guest judge in 2016. Whilst comedian Alan Carr is a long-time fan of RuPaul, having made his acquaintance when Ru appeared on his chat show Alan Carr’s Chatty Man.

Both Graham and Alan share a passion for the drag scene and RuPaul’s Drag Race.

The first UK adaption of the global hit will showcase the most fabulous drag queens that the UK has to offer, and Graham and Alan will appear as rotating resident judges. Each week, they will join RuPaul, Michelle Visage and a celebrity guest judge.

For the grand finale, Graham and Alan will both appear on the judging panel alongside previously announced judge Michelle Visage, where together they will assist host RuPaul in crowning the UK’s Next Drag Superstar.

Graham Norton says: “Becoming part of the drag race family makes me ridiculously happy! I can’t wait to see what the UK drag queens bring to the party, but they better weeeeerk!!!”

Alan Carr, says: “Wow! To be sat next to Michelle Visage and Mama Ru as a guest judge on possibly one of my all-time favourite shows EVER is a dream come true. I can’t wait to see what the UK Queens have got in store – it’s going to be sickening! does death drop”

RuPaul, says: “I was both shocked and delighted when Graham and Alan told me they’d be wearing tucking panties when sitting at the judges’ table. I told them it was not necessary, but they insisted. Now that’s what I call dedication!”

Kate Phillips, Controller, Entertainment Commissioning, says: “I am so excited that self-confessed Drag Race fans Graham and Alan have agreed to join Ru and Michelle on our judging panel. Their immense wit and wisdom will be invaluable in ensuring the most deserving Queen sashays away with the title.”