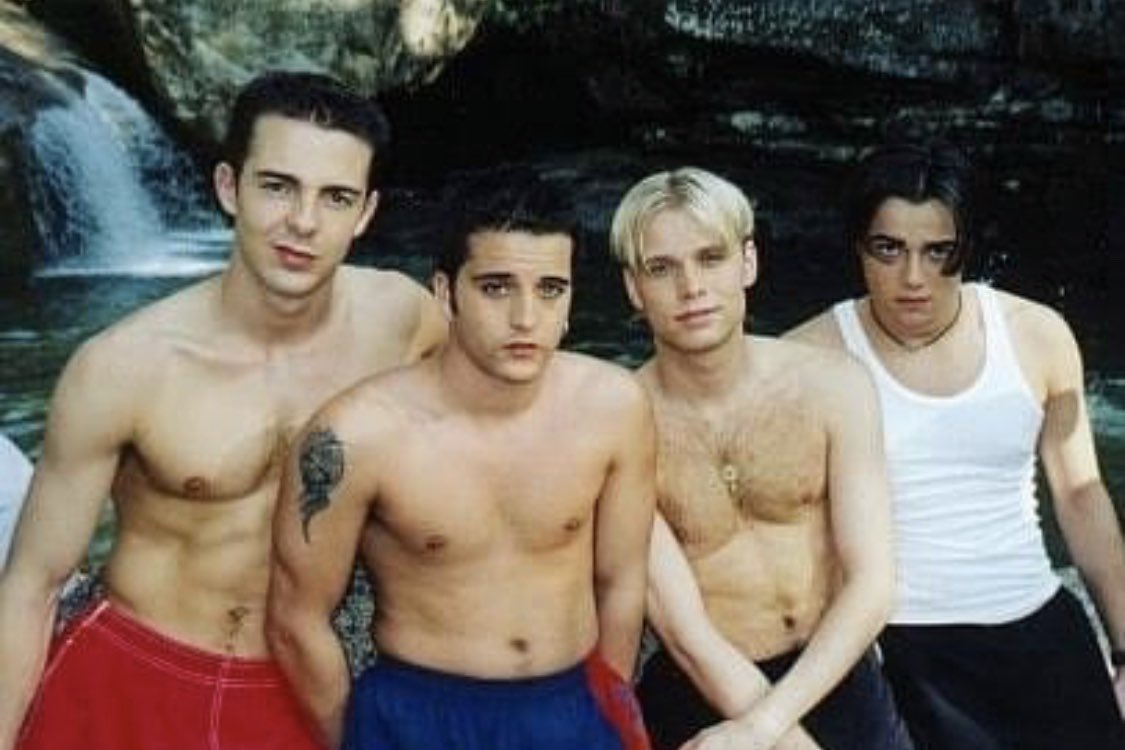 Boybands are not body positive places

Former Boybander, Ben Adams from late 90’s band, A1, just revealed that for one particular photo shoot he was apparently “too chubby” to take off his vest top, while the rest of his band were photographed without their tops on. This, despite Ben looking as hunky as the rest of his bandmates.

Taking to social media, Ben shared a throwback picture of him and his A1 bandmates, with him the only one photographed with a top on. The singer was posed with a white vest top on and placed slightly behind Christian.

Guess who was too ‘chubby’ to be allowed to go without a vest ? ?

The boyband had success during the last few years of the 90s and then in the early 00s, before disbanding.

Ben Adams was one of the lead singers of the popular British/Norwegian boyband who had huge hits with a remake of 80’s classic “Take On Me” and “Same Old Brand New You”.

Speaking about the throwback picture Ben wrote how he wasn’t allowed to take off his top because he was “too chubby” writing, “Guess who was too ‘chubby’ to be allowed to go without a vest”.