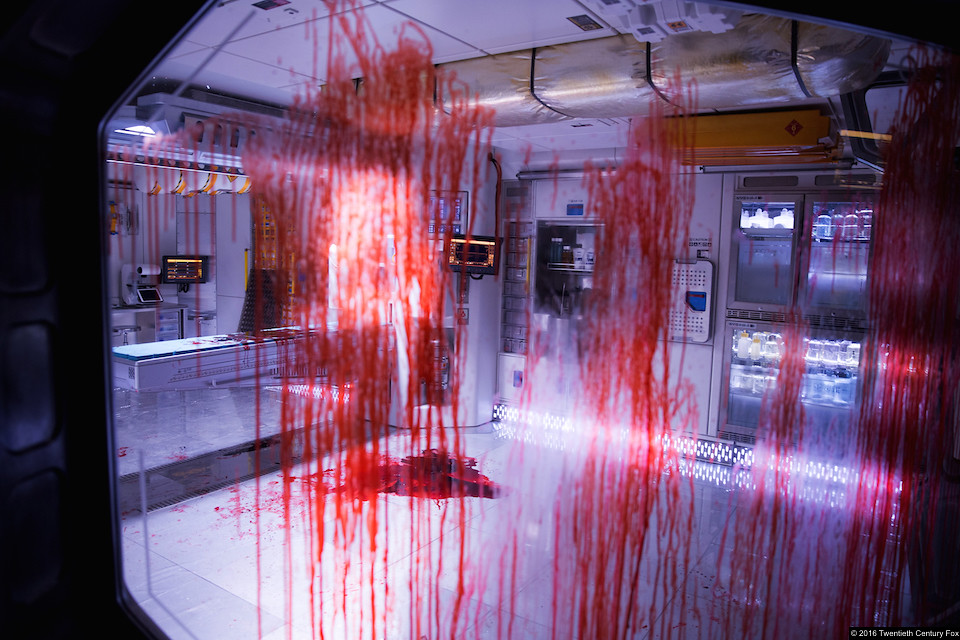 ALIEN COVENANT – The Eighth film in the franchise about the acid-bleeding Alien Xenomorph with the original director Ridley Scott back to pick up exactly after the end of the lukewarmly received Prometheus prequel with some repeat characters.

Nutshell – 10 years after the events of Prometheus and sometime before the original Alien sequence of films a colony ship The Covenant is diverted to a potential paradise planet. Of course, it turns out to be anything but, leading to a turn of events & possible terrifying fate so a big escape is needed in this very noisy much more horror orientated movie than its sister film. It’s in many ways a greatest hits of the other seven films that result in something generally a lot less satisfying as it gets more and more complicated… and there is a third one to come requiring university degrees

Tagline – ‘The Path To Paradise Begins In Hell’.

Cast – Michael Fassbender and Guy Pearce are back from Prometheus and are joined by Katherine Waterson, Billy Crudup, Danny McBride who has a distinct gay bear thing going on and a bunch of unknown alien acid teeth fodder. There is also an uncredited James Franco here the king of the gays.

Key Player – Ridley Scott is the ruler of this world and he is in his element here. His set pieces are great but he struggles to really give us anything new and boy does he make it complicated. The big thing missing here is tension.

Budget – $111 Million the most expensive alien yet and it’s sure to make a profit – we predict it rounding out at about 400 Mill in the bank so, on to number nine..

Best Bit – 1.38 mins; The big action beat involving an out of control spaceship is top notch and this film works better as an action blockbuster than a horror and yet it was the latter it was aiming for!

Worst Bit – 0.03 mins; The opening unconnected scene of Fassbender and Pearce in a white room is pure 2001 A Space Odyssey and is a load of b*llocks. Total Prometheus type crap brings on the monsters and the killing.

Little Secret – Shot on location in Australia and New Zealand using some of the same locations as The Lord Of The Rings Trilogy. In 2015 Scott announced that this would be the second after Prometheus in a new Aliens trilogy for the third one please remember to bring a pen and notepad to sort it all out. The first alien movie since HR Giger whose images created the Alien past away.

Further Viewing – Aliens 1-7, A couple of Predators, Blobs and The Things a plenty, Interstellar and the recent Arrival, Passengers and last months space horror Life.

Any Good – This is fine it is no Alien or Aliens that’s for sure but it is way better than Prometheus as at least you get some monster action here throughout the second and third acts. The twist is one of the most obvious of all time but it is still a hugely enjoyable fun movie just don’t expect big scares – are we used to this by now or is it the fact that we just don’t care about any of the crew as there is no Sigourney in her underpants here. A valid addition to the franchise but not a game changer.