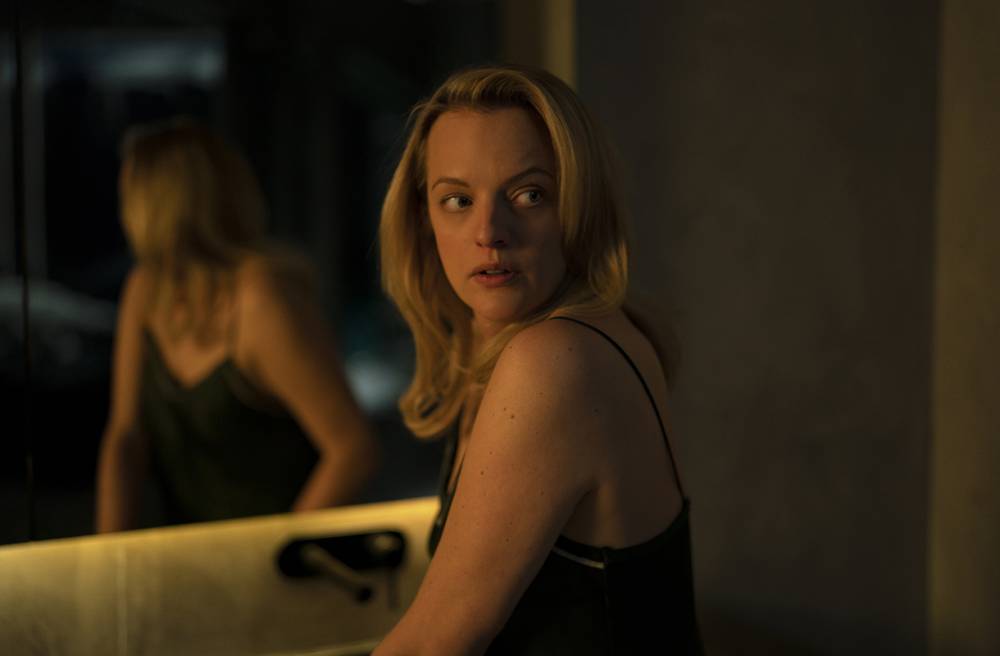 An unseen stalker is wreaking havoc on the life of a San Francisco woman in the new version of ‘The Invisible Man.’

Elisabeth Moss plays Cecilia – who literally runs away from her very wealthy tech genius of a husband Adrian (Oliver Jackson-Cohen) because of his mental and emotional abuse. But Cecelia has not completely broken away from trouble – she feels like she is being watched, spied on, and stalked by someone, something. But her sister Alice (Harriet Dyer) informs her that Adrian has committed suicide, and shows Cecelia the news on her smartphone. So her sister reassures her that she is free from Adrian and all the torment that he had caused her. But her unease continues and racks up even more when strange things start to happen (a blanket pulled off from her bed, footsteps seen on the ground).

This invisible stalker becomes more bold and violent, enough so that an unseen force murders her sister in plain sight, framing Cecila for the murder. She is convinced that her ‘dead’ husband is still alive, even after being assured that he’s dead by Adrian’s lawyer brother Tom (Michael Dorman). Writer and Director Leigh Whannel (’Saw’) really ratchets up the scare factor, including in quiet moments in the film when Cecilia is tending to normal activities.

Moss is very good as the victim, and as the film creeps up to its 2 hour running time, the suspense builds, though there are a couple of moments of disbelief.

All in all ‘The Invisible Man’ is one scary film that successfully reimagines the very scary HG Wells original.