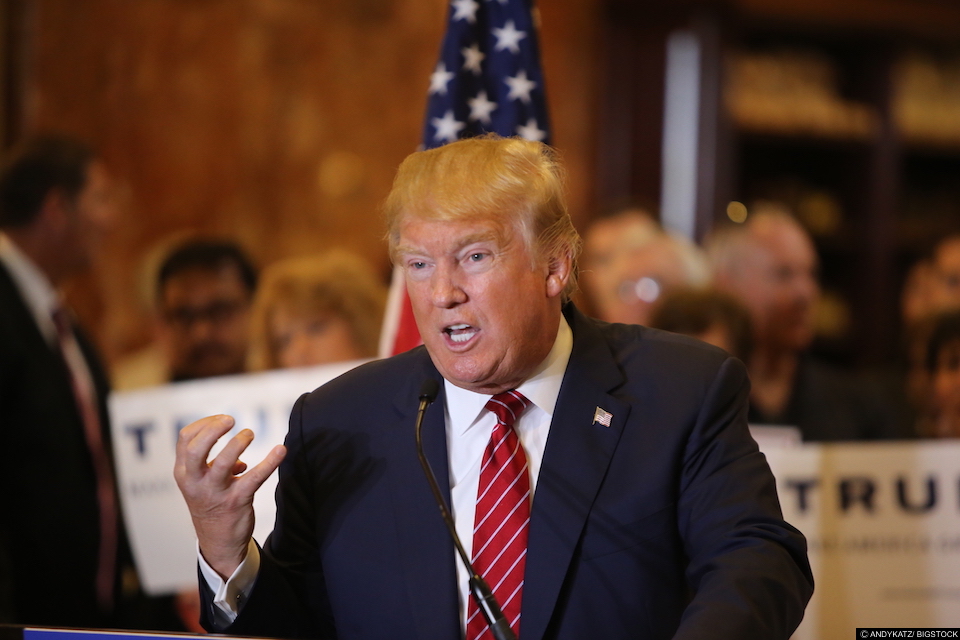 A press release was sent from the White House on the 31st May, proclaiming that June 2017 was the Great Outdoors Month.

Another press release sent on the 31st May was earmarked as the National Caribbean-American Heritage Month.

To celebrate “the mighty oceans and their extraordinary resources,” Donald Trump said that June was the national month for Oceans.

He also declared that June was the official month for Father’s day and National Flag Week.

Of course, all these things are important and need their recognition, no one denies that… but come on Prez where’s the love for the LGBT+ community?

The White House has yet to acknowledge Pride in the US. Rewind to last year when Trump reached out to the LGBT+ community during his campaigning to let them know he was keen to protect LGBT equality and rights.

“As your president, I will do everything in my power to protect our LGBTQ citizens from the violence and oppression of a hateful foreign ideology,

“As a Republican, I’m so happy to hear you cheering for what I just said.”

Most LGBT Pride events take place across the US in the month of June… It was chosen to commemorate the Stonewall Riots which happened at the end of June 1969. President Bill Clinton was the first US President to declare June as “Gay & Lesbian Pride Month” on June 2, 2000. President Barack Obama proclaimed that June was LGBT Pride Month in 2009 through 2016.