The membership of the National Trust had reportedly taken a hit following reports that up to 11 volunteers at Felbrigg Hall in Norfolk, were removed from their front of house duties after they refused to wear Rainbow lanyards. 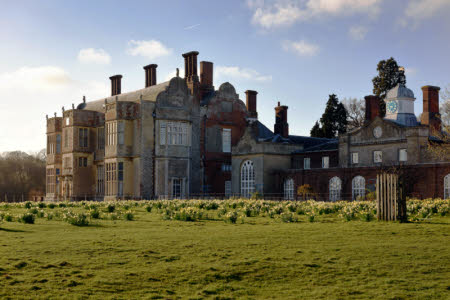 Volunteers who refused to wear Rainbow lanyards and badges at the National Trust’s Norfolk’s Felbrigg Hall  were told they could not take part in public facing roles causing “hundreds” of members to effectively boycott the trust and revoke their membership status.

The Daily Telegraph is reporting that at least 250 members have phoned the trust and revoked their membership after boycott campaign was started. Many of those members have accused the charity of being “overly politically correct”.

According to those who volunteer at the hall, all front of house workers were told to wear LGBT lanyards to celebrate one of previous owners of the hall, Robert Wyndham Ketton-Cremer, who was gay. The campaign is part of the National Trust’s Pride Prejudice and Pride season to mark the partial decriminalisation of homosexuality in England and Wales.

Anyone who refused to wear the lanyard was moved to non-public facing roles.

The Mail Online has reported that at least 75 volunteers at the hall are said to be protesting the call to wear the lanyards.

The Trust has said that it has a “for ever, for everyone” policy.

Annabel Smith, head of volunteering and participation development at the Trust, said,

“We do recognise that some volunteers may have conflicting, personal opinions,” she said.

“However whilst volunteering for the National Trust we do request and expect individuals to uphold the values of the organisation. We encourage people with any concerns to chat to our teams. As part of Prejudice and Pride we have worked closely with Stonewall and the University of Leicester who have been providing training and support to help as many volunteers as possible feel confident to take part.”

“It’s a real shame that something that was supposed to bring attention to LGBT history and interesting characters from our collective history has backfired in a terrible way. Now, because of the way this has been handled, by the National Trust the LGBT community once again finds itself in the firing line from comment trolls, the right-wing media and online bullies.

“The volunteers who refused to wear the Rainbow lanyard should never be punished in this way. Rarely does punishment work in these situations. A programme of education and enlightenment about LGBT matters is always more preferable”.