INTERVIEW: The (Drag) Queen Of Benidorm 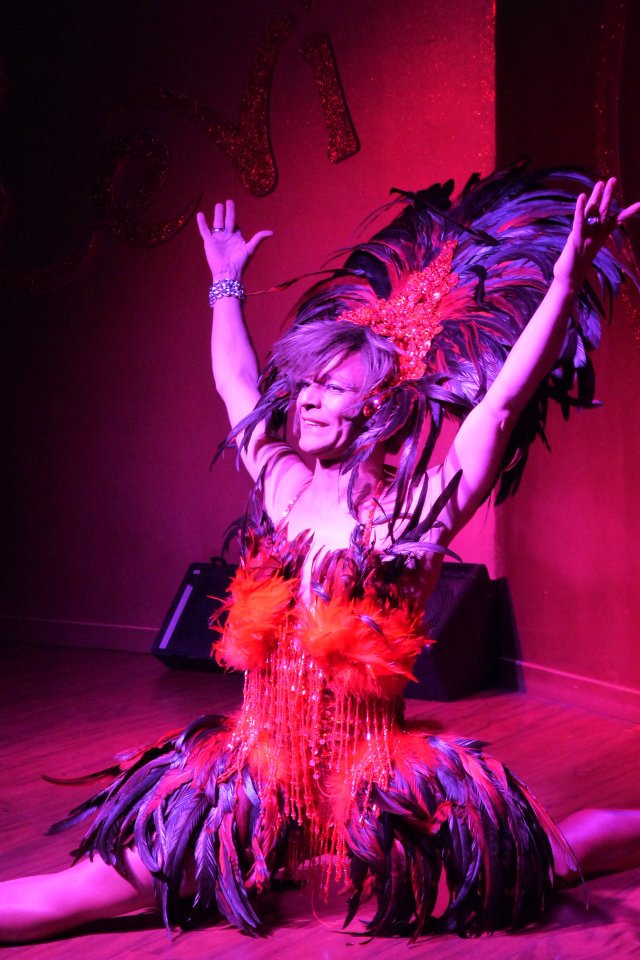 Wayne Wright is Benidorm’s longest serving British Drag Queen, better known as Miss Levi. I got the opportunity for a chinwag with Wayne about how Miss Levi was born, what she’s like, what she’s up to and her future.

For those of you who’ve never seen Miss Levi’s show, it features elegant dancing, good lip-syncing, a dazzling array of costumes and laugh-out-loud comedy. People who’ve seen the show describe is as a highlight in their holiday. He definitely leaves his audience wanting more, as many return to see his show again, year after year.

Let’s start with the most important question of all: How did you end up working a frock for a living?

Well…I was a Red Coat and I used to do the comparing. I was playing Jack in Jack and the Bean Stalk, and one night after the show the boss came back stage and said:

‘Wayne, you have to compare tonight in Stardust.’

He said: ‘I know. You’re wearing this.” And handed me a cushy velvet dress, a stupid big red wig and some shoes that were three sizes too small and that was the start of Miss Levi.

Was this when Miss Levi was born?

Yeah…I suppose it was. It went down very well so they asked me to do it every week. Well they didn’t ask you when you were a Red Coat they told ya.

So you were forced into it? Against your will?

When you were a Red Coat in those days you didn’t question it. There were twelve Red Coat staff and five thousand people who wanted to be them. It was like having the winning lottery ticket.

How did you come up with the name Levi?

How would you describe Miss Levi to somebody that’s never met her?

Levi’s down to earth, up for fun, very proud of her roots and a bit of a flirt.

OK she’s a tart… Wayne laughs, before asking: Isn’t she?

Someone once said to me: she’s wittier than Simon Cowell and sharper than Judge Judy.

How did you and Miss. Levi end up in Benidorm?

Well…I did it as a Red Coat and then I became Levi The One Man Show, warming up for the big acts. Then I got offered major work by this big agent in Bradford, but needless to say I never got an ounce of work. All false promises but I was young and naive.

So I ended up working in a nursing home in Bradford with a woman called Philly. I reported this Nurse abusing patients and a lot of the workforce wouldn’t speak to me. I didn’t care as I did the right thing. Philly still did and she said to me:

‘Oh Levi, Wayne, get to Benidorm. There’s people like you there, you’ll have a better life there.’

So one day, I walked out of my job, booked a ticket and here I am.

When you’re getting ready for a show, at what point do you transform and become Miss Levi?

Only when I hit the stage, Wayne answers instantly before adding: Never before. Never after. She comes to life literally on stage that night.

Do you ever worry that she’s not going to turn up or that the transformation won’t happen?

I don’t ever even think about the show until I’m on stage, because when you’re doing live comedy, you’ve got to go with the room. The secret to good comedy is to turn it around. Make a beautiful person ugly, and an ugly person beautiful.

Where do you get Miss Levi’s costumes?

I make a lot and then buy a lot in Thailand.

How long does it take you to make a dress?

Where can people come and see Miss Levi?

We’ve got everything at the Showboat. Downstairs we’ve got two restaurants, a big terrace (for sitting outside and enjoying the sun), take away food and a cabaret room that seats two hundred and eighty three people. You can come and have a meal with a show, then there’s disco and karaoke afterwards.

Upstairs in the top bar we’ve got a pool table, a dartboard, big screen televisions and even a Jacuzzi! The Showboat can also be booked for private parties like gay weddings, straight weddings, birthdays.

What’s Benidorm got to offer visitors?

Benidorm’s absolutely wonderful, there’s something for everybody. You’ve got your gay section, your straight section – which a lot of the gays go to. Gay people don’t have to go to gay bars in Benidorm, they can go anywhere.

There’s so much entertainment, Wayne says before counting on his fingers: you’ve got beaches, British restaurants, French restaurants, Italian restaurants. You’ve got fast food, bingo halls, you’ve got everything in Benidorm. It’s cheap too.

Well it’s free entertainment, wherever you go. There are no door charges. It’s the cheapest lager in Europe, Wayne adds.

What’s the future for Miss Levi?

Erm…to keep going. I have no plans to retire.

What do you think will happen in Benidorm in the future?

It’s going from strength to strength at the moment. It’s just hours away from the UK and it’s so cheap, you can get a breakfast for two euro. So I think it will continue to do well with the Brits.