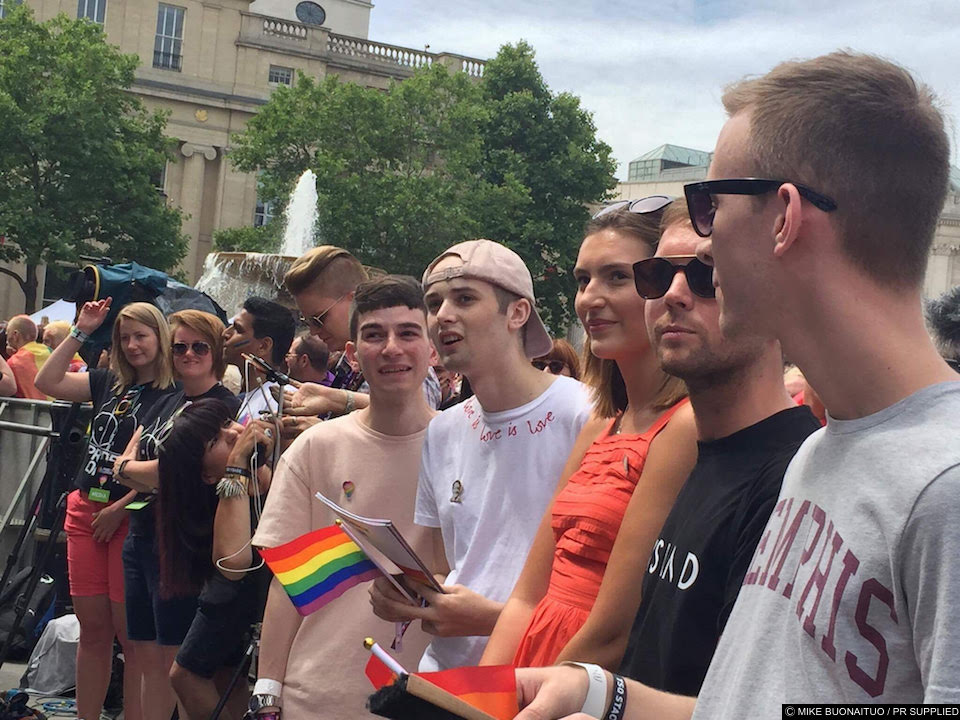 Dean Eastmond, who created the HISKIND magazine has passed away aged just 21.

Dean, who had become a bit of a social media legend because of his epic and brave battle against cancer, has sadly passed away at the age of 21. He had been sharing his journey on Twitter – receiving hundreds of messages of support from fans and celebs alike.

Dean was diagnosed with cancer last year at the age of 20 when he was studying at University. He had been suffering from Ewing’s Sarcoma, a rare form of bone and soft tissue cancer. Twelve months on and his valiant efforts to keep upbeat during his many treatments made him a social star.

During his treatment, Dean created the HISKIND magazine, to bring attention to the stigma and discrimination that many LGBT+ people face when diagnosed with cancer.

In July, Dean, got the surprise of his life when a video message was broadcast in front of thousands in Trafalgar Square at Pride In London.

Left my ward today to spend time at home. If I’m dying, I’m so happy it’s these NHS angels making it as comfortable as possible for me ❤️ pic.twitter.com/FnXFATrFoH

Speaking about discovering he was living with cancer he wrote for the Guardian,

“In mid-Jun, I was diagnosed with Ewing’s Sarcoma – a rare soft tissue cancer growing off my ninth rib. I first noticed a problem after my housemates and I decided to have a party to celebrate making it through our first term of uni. The morning afterwards, I felt an excruciating pain in my side. I took a couple of paracetamol and shrugged it off as a drunken bump from the night before, but when I noticed a prominent protrusion of a rib a few months later, I knew something was clearly not right. Within a few weeks, my life went from normal to a series of scans, tests and biopsies, leading to a swift diagnosis”.

The news of his death has shocked many in the LGBT+ community, with stars and fans of Dean’s work, paying tribute to the writer.