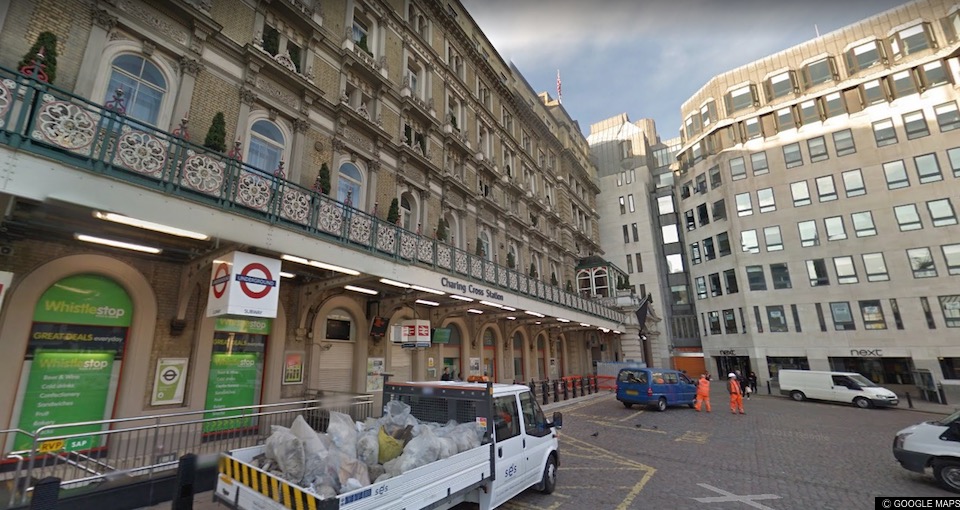 The Metropolitan Police has reported that a man in central London was the subject of a homophobic attack.

Detectives in London are seeking the public’s help after a man in his 50s was allegedly subjected to an assault in central London in what police are calling a, “suspected homophobic attack”.

The victim, a man in his 50s, was standing at a bus stop outside Charing Cross rail station on Saturday, 18 November at about 21:30hrs.

The location of the reported attack is just a few hundred meters away from one of London’s most popular LGBT+ hotspots, the Heaven / G-A-Y nightclub.

Two men approached the victim and began to shout homophobic abuse at him before punching him several times. He sustained head injuries, but he was not hospitalised.

The two men, who were both described as white, aged in their 20s and wearing dark jackets, ran away towards Trafalgar Square.

Trafalgar Square is particularly important to the LGBT+ community in London as it is where Pride In London has been held for many years.

There have been no arrests and enquiries continue.

Witnesses or anyone with information about this incident are asked to contact Westminster Community Safety Unit via 101 or Tweet @MetCC.

Alternatively contact the independent charity Crimestoppers anonymously via 0800 555 111 or crimestoppers-uk.org.