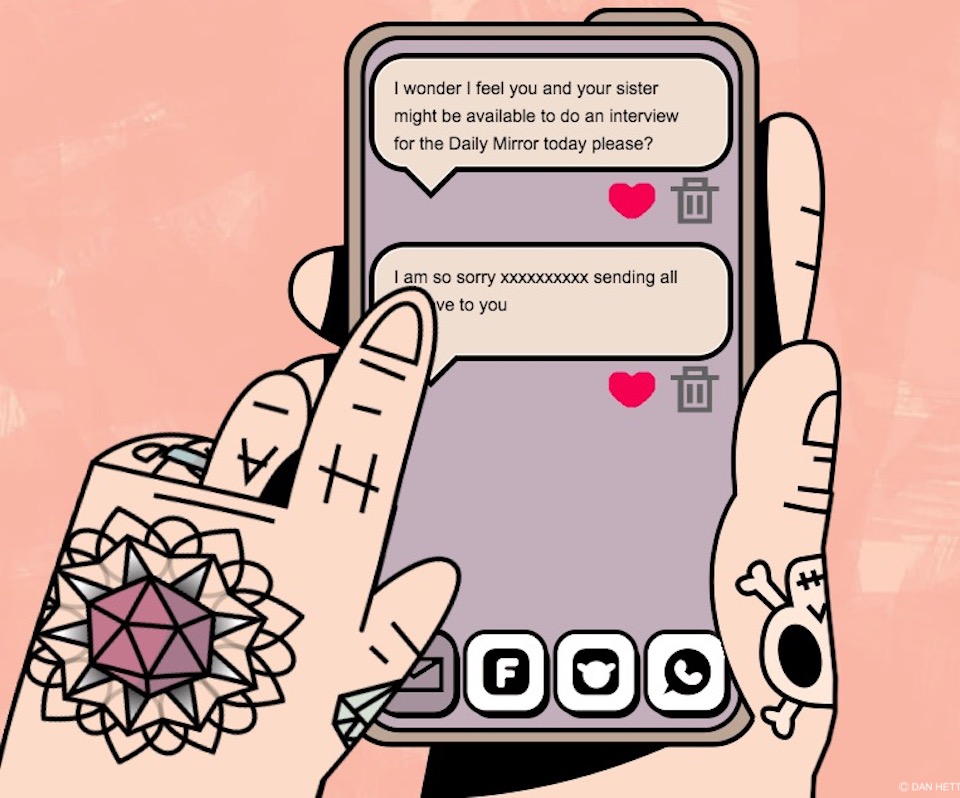 The brother of a man who was killed in a terrorist bombing has released a game which shows how distressing it can be when journalists bombard victim's families with requests for news and interviews.

The brother of a man who was killed in a terrorist bombing has released a game which shows how distressing it can be when journalists bombard victim’s families with requests for news and interviews.

You may remember the story of Martyn Hett, a PR manager who was killed when a suicide bomber blew himself up at an Ariana Grande concert in Manchester in 2017. Martyn was Dan’s brother, who in the days following the attack, was bombarded with a barrage of messages on social media from well-wishers and journalistics alike eager to know any news about Martyn.

In journalism, “the death knock”, as it’s frequently known as, is where someone from a news outlet visits the home of the bereaved to find out more details about a victim’s life or cause of death. However, as more and more people are on social media, “the death knock” has gone digital.

Moments after a major incident, those who are tweeting about it and who are in the vicinity of the upset are often besieged with tweets from journalists from all the major networks looking for more information. These often come in the form of picture permission requests or live interviews.

Hett has released a game called “Sorry To Bother You” a short video which shows what happened to him after the death of his brother.

Writing on the game’s homepage Hett wrote, “Sorry To Bother You is a short videogame that details a real experience: specifically, the massive influx of thousands of messages following the unexpected death of my brother Martyn in the 2017 Manchester Arena terror attack. The game tasks players with isolating the messages that are actually journalist requests (sometimes quite thinly-veiled ones).  To do this, respond to each message by hitting the heart icon, or the trash can – ‘like’ the real messages, and trash the journalist ones”.

Speaking to Buzzfeed News Hett said, “It was one of the things that underpinned the experience and made it a lot more difficult,

“If I wanted people to take anything away from it, it’s just for it to become a talking point – I’ve had a few of the original journalists reach out saying ‘I was one of the thousands of people and it’s made me reconsider and re-think, and we need to do better’.

“The game’s not offering a solution, it’s a direct observation from me. And if that’s a starter for 10 for even one journalist to go away and think there must be a better way of doing this, I think that’s important.

“Probably more than most I understand the need to tell a story, we’re news-hungry people, that stuff has to happen – but the aim of the game is to show the way in which it’s done during unfolding events is not OK.”