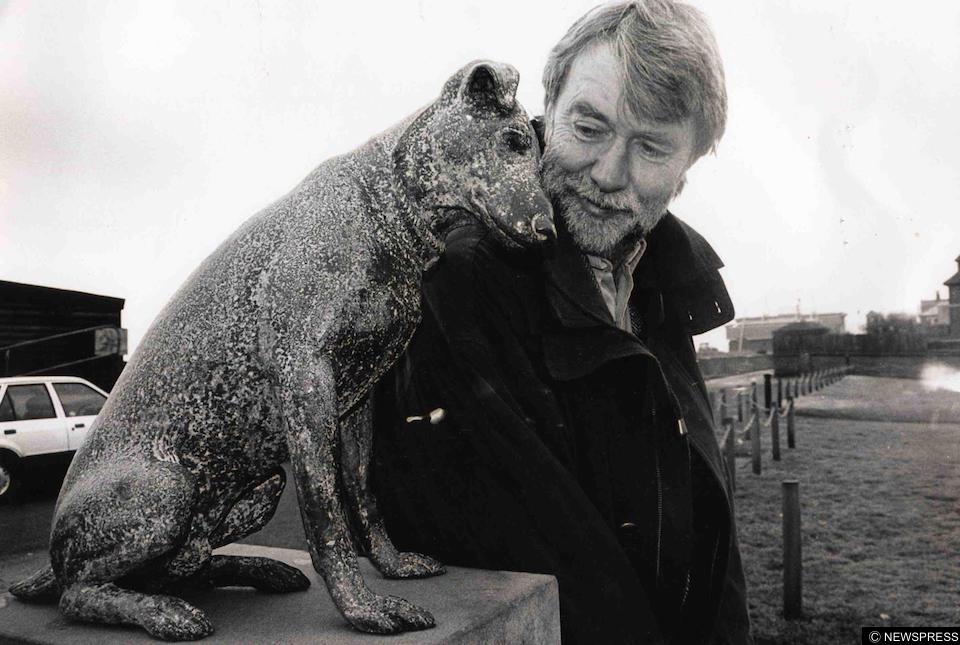 Motoring legends come in all shapes and sizes. Some look to motorsport for theirs like Nigel Mansell. Some look to designers like Bertone. Both the aforementioned are heroes of mine but one other that stands out was a gentleman who a friend of mine and I would often talk about after Thursday night’s Top Gear. I am talking about Chris Goffey.

From 1981 to 1997 Lancashire born Chris was in the spot light presenting Top Gear alongside William Wollard and Sue Baker amongst others. He is probably the longest serving member of the original format to present Top Gear with 17 years under his belt and 179 shows to his name. His no nonsense style was always clear and concise. No faffing around. It was a style I liked on Top Gear. It was almost like listening to your father tell you about the car he was about to purchase for the family or a talking brochure. He was informative in giving all the details the geek in you actually wanted to know without honing a car like a lunatic around a track for the show.

Watch any old Top Gear and his understatement in dress attire comes over in a warm wave of joy as he calmly navigates a car while talking to the camera. No high jinks, no being stupid and more importantly no screaming except maybe from the tyres.

One of the most memorable things I remember about Chris Goffey was that he was never quite happy with a car even if you thought it was perfect because of the brand loyalty you had for the likes of Fiat for example. He would pick holes in a sometimes trivial thing. Now writing about cars myself I have to back track on my original statement that I made at the age of 14. He was right. I recently drove a Lotus Elan S2 for the classic review for THEGAYUK and I totally agreed with him regarding the obtrusive central arm rest being in the way.

Chris became known before Top Gear for his part in ITV’s motoring programme, Police 5  before jumping to BBC. Prior to that, he was a motoring journalist and news editor for Autocar Magazine in 1972 for 6 years. Chris will also be known for being the father of Danny Goffey, lead singer of Supergrass. He is also married to ex Labour party councillor Linda Nolan. Not to be confused with the Nolan sisters Linda Nolan.

Still busy and still teaching in one way or another today, Chris was in the news last year in 2016 where he slammed his local Oxfordshire County Council for axing the mobile library service that he worked on. It served the outer reaches of the community. His writings and education promotions still make him known today. Despite a nasty fall and broken neck from horse riding, he is still a keen horse rider. He has recently been out promoting safer driving around horses with the British Horse Society. One of his quotes taken from Horse and Hound (www.horseandhound.co.uk) is one I whole heartedly agree with. “Your air bag and seatbelt won’t help you a lot and if it (horse) comes through the windscreen it will kill you” so slow down for horses. And The Archers’ fans out there will love to know that he also breeds Alpacas.

And my one personal admiration for him lives on with my constant search for boot locks that would smack you on the head. He mentioned it in the review he did for Top Gear in 1990 about the then new Fiat Tempra. Having owned one, I can see, well feel, if I am honest, exactly what he means.

Mind your head! Thanks, Chris.