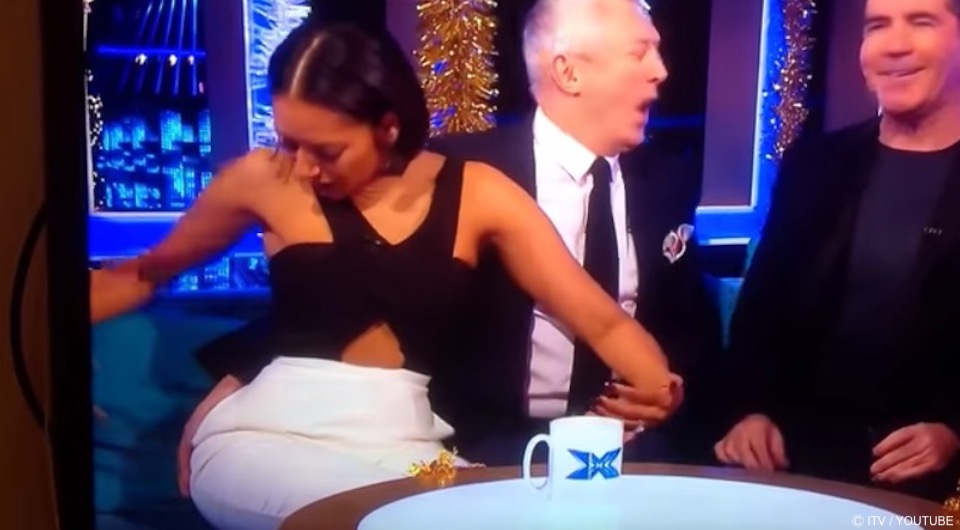 People on Twitter are calling out Louis Walsh after patting her bum live on national TV.

People on Twitter are calling out Louis Walsh after patting her bum live on national TV.

The clip, which has surfaced on Twitter was taken from an X Factor roundup show a few years ago and shows judge, Louis Walsh patting the former Spice Girl’s behind. The clip has been watched over 4.5 million times on the social platform.

After Mel B calls out Walsh on why he is touching her inappropriately, Simon Cowell is seen joking to Mel,  “you’re safe” which some have found to be problematic. Louis says he was doing it to “look after” the star.

“Why are you grabbing my butt”

During the interview, Walsh can be seen tapping the singer’s butt while Mel B starts to look uncomfortable and looks off-screen before confronting Walsh. She then stops the interview, mid-flow and asks Walsh directly, “Why are you grabbing my butt?”.

After Mel calls Walsh out, she physically moves herself away from Louis, before the interview continues.

People are now calling on TV execs to remove him from TV shows and for Walsh to apologise for his actions. Unrelated, it was announced that Louis Walsh would not be returning to judge The X Factor for this year’s show.

Many people have assumed that Walsh is gay, but in 2013 in an interview with the Sunday Times, when asked whether he was gay or straight he replied, “I can’t… Don’t go there. I can’t. I think your private life is your private life…I’m happy. Happy as Larry!”