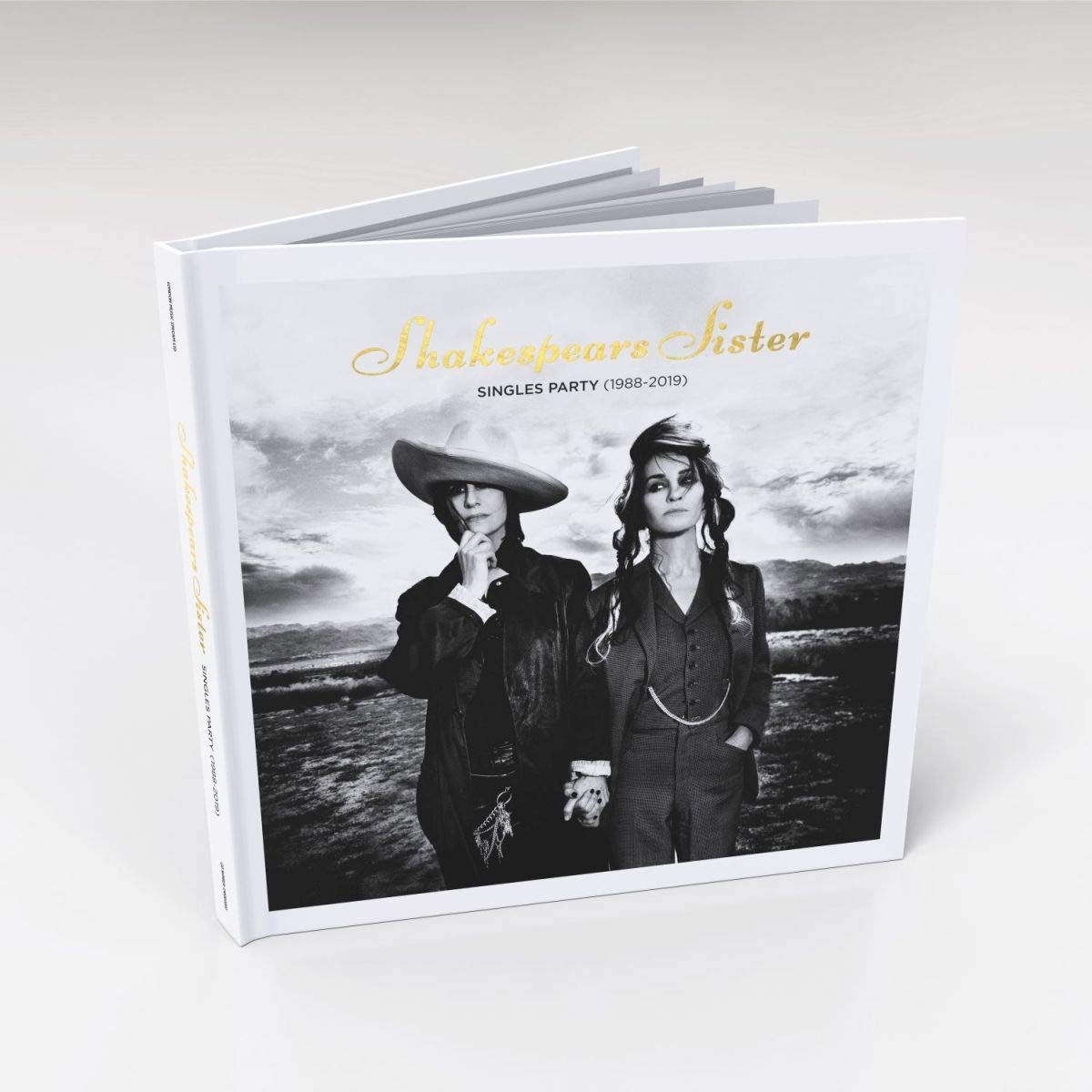 Shakespeares Sister blasted onto the scene back in 1988. I’m a lover of the 80’s and yet this passed me by. The whole of the Sacred Heart album was off my radar.

When l did notice Shakespeares Sisters on TOTP, it was with their third single, ‘You’re History’. I was puzzled. Was that Siobhan Fahey from Bananarama? I knew she had left and was replaced by Jacquie O’Sullivan but until now, I had no idea where she had gone.

Fahey was always a little left field in the Rama. You hear stories about the 3 girls getting up to no good, and yet Fahey always looked one step ahead.

I knew nothing about the other woman with the mesmerising soprano shrill of a voice screeching out “YOU’RE HISTORY” from that song. This was all pre-internet days so I had to wait for the latest Smash Hits magazine to find out. She was an American, born in Michigan and went under the name of Marcella Detroit.

Here then are 2 women from widely differing areas of music, coming together and making music like no other music out there. Fahey’s deep tones (sometimes with menace in them) blending in with the soprano pitch beautifully of Detroit’s.

It wasn’t until their second album, Hormonally Yours in 1992 that l really took notice albeit not from their biggest hit ‘Stay’ but from ‘I Don’t Care’. I rushed out and bought the new album and Sacred Heart from 1988.

Suddenly I’m crazy about the Sisters. The tunes, the stories within the music take you all over the place. Little did a 17 year old Stuart know that there was rot building within the Sisters and suddenly the party was over. No third album.

Actually there was a third album released, titled #3 in 2004. Some 12 years after the Sisters split. I have it (I like back catalogues of artists I like even if I’m not keen on an album) and it’s nothing like what we had heard before. Without Detroit’s voice, Shakespeares Sister is missing the edge.

And then comes 2009’s Song’s from the Red Room. There is a good vibe about this album that took almost 7 years to release with 3 songs released since 2002 – 2005 and the final to promote the album, the surprisingly genius “It’s a Trip” in 2010. Reviews for this album were mostly favourable.

But just when the Sisters were at their height, it stopped and nothing since was as successful for Fahey. Detroit did release the excellent though moderately successful ‘Jewel’ in 1994.

And so to 2019 when I spotted the Sisters talking on breakfast TV. Their vicious split, a thing of the past. Fahey, it would seem had put the demons (whatever they really where) behind her and both she and Detroit had started working together. I was excited.

And so to the ‘Singles Party’ album. It is a bit of a greatest hits album. There are 18 songs on CD1 from all the albums Shakespeares Sister released and 2 new songs. CD2 is full of 14 remixes.

It’s ‘All the Queens Horses’ where we find the Sisters kissing and making up and the accompanying video is typical with a hint of irony and malice thrown in. It’s not quite the same kind of music that should have followed from 1992’s seminal album ‘Hormonally Yours’ but it’s a start and to be honest, the Sisters have 27 years of catching up to do.

The CD does include a booklet with an interview about how they reconciled their differences but you are left wanting a bit more dirt. However, I’m just glad they are back together. Long Live the Queens.