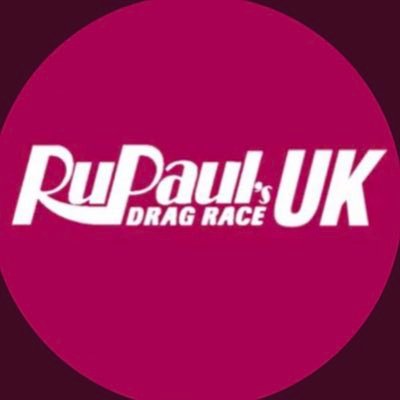 Here are 14 people who we’re keen to see judging.

Let’s be honest, Geri is essentially a gay man trapped in a woman’s body and has been offering the British public some of the most outrageous outfits ever in pop culture. Judging a bunch of drag queens is what Geri was born to do…well, except be a Spice Girl.

Every X Factor viewer pines for her and after years of being married to Ozzy Osbourne, she’s probably quite good with advice on how to apply a lot of makeup. Just have to hope Dannii Minogue isn’t asked to guest judge the same week…

If we have Sharon, then we need to bring in Louis. The love or loathe panellist with X Factor on ice that, of course, leaves him open to new career ventures. Maybe he could manage the winning Queen?

A national treasure and the Queen of Soap Opera, Dame Joan Collins’ Dynasty shoulder pads were enough to drive any drag queen wild with desire. Her quintessentially 80’s style would definitely offer some inspiration to the contestants.

Having his own show on ITV start last year, Robert Rinder is used to being a no-nonsense judge to the masses however, would he be able to handle a drag queen? There’s a high chance they may not take his criticism as easily.

The iconic fleet street journo has more than a reputation for speaking her mind on just about anything so let’s so what she thinks of some of the UK’s top drag artists.

Having been an advocate of gay rights during his time in Westminster, Ed Balls lost his seat in a bloodbath of an election defeat for Labour. He’s since said he’s considering Strictly Come Dancing but what about he does something with a little more class?

With numerous TV shows, like Queer Eye, under his belt, including his time judging on Next In Fashion, Tan’s unique fashion sensibilities and calming influence would be perfect.

As with Janet, Lily is someone who rarely misses an opportunity to voice her opinion and when it comes to the gay community, she’s a bit of an icon – having gone as far to record a song called ‘Fag Hag’.

Ok, so if he doesn’t do it, could we at least have a ‘Lip Sync For Your Life’ round including Karma Chameleon? It would be absolute perfection.

Sex And The City is nothing without one of our best acting exports, Kim Cattrall. It would be a dream to have her on the panel, especially if she was able to remember some of Samantha’s best put-downs for the show.

The original gay stand up has already done Strictly and Celebrity Big Brother as a contestant so perhaps it is time for him to turn his attention to being a judge instead. His hilarious digs had us all laughing the 90’s so perhaps a stint on Drag Race could be the trick for a much-needed career resurrection?

Now, this would be perfect, a soapstar round. I’m thinking Madge Bishop, Bet Lynch, Pat Butcher but, most importantly Peggy Mitchell played by this national treasure. Our tellies have lacked the fun that Barbara offered to Eastenders since her departure in 2011. Moreover, we’d love to see her up against RuPaul…”GET OUT OF MY MAKE UP STUDIO”

Simon Cowell’s BFFL who only really has to work for a few weeks in autumn. The X Factor’s no.1 novelty staple could do with actually making it onto the judging panel for once instead of merely being a mentor.

This article was first published in August 2015 and has been updated.