The Winners of RuPaul’s Drag Race – Where Are they Now? 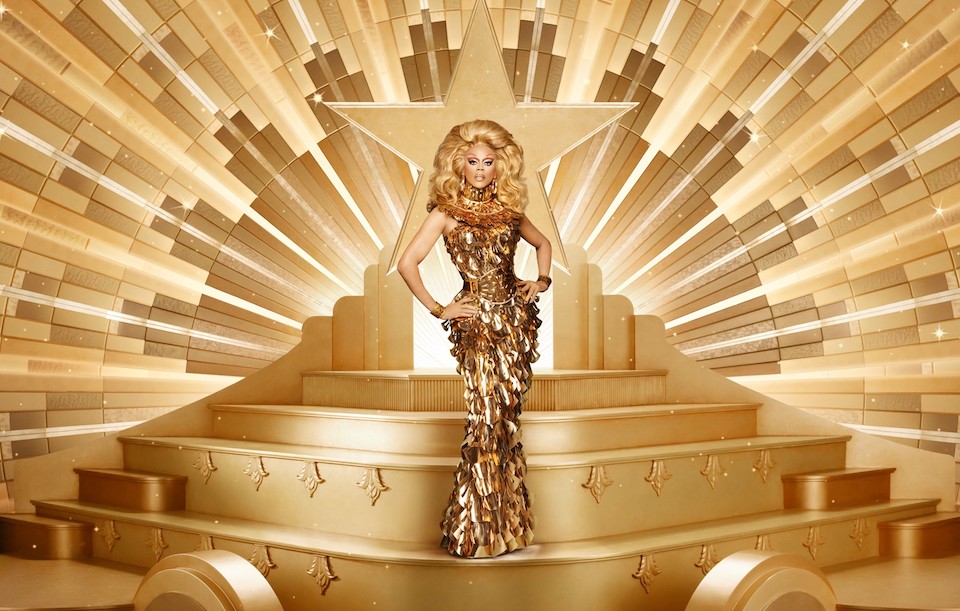 Hey Squirrel Friends, with 2018 promising to bring us two seasons of Drag Race madness (Season 10 and All-Stars 3), we thought it was time to take a look at what the winning queens are up to now – whether they’ve sashayed their way to mainstream success like a modern-day RuPaul, or been left behind like Roxxxy Andrews at the bus stop…

Kicking things off, it’s time to shout “CAMEROON!” for Season 1 Winner Bebe Zahara Benet
In the realms of fandom, Season 1 has taken on a mythical status due to just how hard it is to find – not available on streaming or on-demand services, it’s almost as difficult to watch as Valentina in a lip sync. As a result, the queens of season 1 are not as well-known as the ones from later seasons – despite it being an enjoyable season with some great performers such as Victoria “Porkchop” Parker (Hey Porkchop!), Tammie Brown and Ongina. Bebe Zahara Benet won the competition with fierce outfits, big hair and a lot of international influence – and she’s worked consistently ever since. She’s released several singles, recently stomped down the catwalk for Marco Marco, and is still performing Drag on a regular basis

Ah, the other Tyra.

Beautiful, unpredictable Tyra was one of the youngest contestants ever to appear on the show, beating Raven to the crown and going on to be maybe the most controversial winner that Drag Race has seen. Not one to back down from a fight, she’s become embroiled in spats with various other Drag Race alumni and faced outrage for some of her Twitter comments. She recently (falsely) declared fellow Season 2 competitor as dead – resulting in a spat that involved fellow Queens Raven and Tatianna.

Away from shady outbursts on Twitter though, she’s proven herself to be a real force to be reckoned with – her looks are stunning and she’s in high demand as a Drag Race performer, recently appearing at Drag Con in New York.

Season 3 introduced the world to some brilliant performers – Carmen Carrera, Manila Luzon and Stacey Layne Matthews amongst others. Raja gave a knockout snatch game performance as Tyra Banks, stunned with her fashion-forward outfits, and took part in perhaps the sexiest lipsync of all time – cavorting with Carmen Carrera to Paula Abdul’s “Straight Up”. Since winning Season 3, Raja is probably best known for her work with Raven on World of Wonder’s “Fashion Photo Ruview”, which provides fashion critiques on outfits worn by Drag Queens – mainly current contestants and alumni of Drag Race. Outside of drag, Raja (or Sutan) is an in-demand make-up artist, appeared in the music video for Blondie’s “Princess of Mars” earlier this year, and has just completed a summer-long run of her one-woman show, “Gawdess”

Beautiful, spooky and stupid – Sharon Needles won a season often considered one of the show’s best, what with Willam’s shock removal, Phi Phi and Sharon’s fierce rivalry, and literally every moment involving the large and in charge, chunky yet funky, Latrice Royale.

Sharon’s horror-inspired drag brought something fresh to the Drag Race world – that combined with a quick wit and likeable manner made her a worthy winner, and she’s gone on to be incredibly successful. Since the show Needles has released two albums, hosted evenings of horror films on Logo TV, and even had a day named in her honour in her native Pittsburgh. Recently featuring in a fantastic interview about her love of horror films for the BFI, Sharon continues to be in high demand as a touring artist, and will be returning to the UK in both October and December this year to give us her brand of intelligent, unique and bloody drag.

2012 saw the arrival of All-Stars – a season that invited contestants from the previous four seasons a chance to return and compete for a place in the “All-Stars Hall of Fame”. Forcing contestants to pair up made for hugely entertaining viewing, even if the “She-Mergency” Lip Sync concept fell a little flat. Fourth season Queen and Cher impersonator Chad Michaels fought his way to the top spot, and since securing his spot in the Drag Race Hall of Fame, is still in high demand both as a drag performer and as an uncannily accurate Cher lookalike. Recent television appearances included 2 Broke Girls and Jane the Virgin, and whilst Chad’s website is currently in progress, social media shows that he’s still performing – recently appearing at RuPaul’s Drag Con in New York.

It was Monsoon season all over the world in Season 5, when the world’s best (and possibly only) narcoleptic Jewish drag queen took the crown. In a series packed with drama – from the rivalry of Alyssa and Coco through to the unholy trinity that was Rolaskatox, Jinkx’s sweet nature and sheer talent saw her rising above the rest – entertaining as Little Edie in Snatch Game and destroying Detox with an accomplished lip-sync to Yma Sumac’s “Malambo No 1”.

Since appearing in the show Jinkx has had huge success in the theatre – appearing in Hedwig and the Angry Inch, Hairspray, and in Cabaret musical The Vaudevillians. Jinkx also recently voiced a character in the tv show Steven Universe, which sparked some controversy, with some fans upset that a drag queen was voicing a character whose species had, up until then, been voiced by women. Jinkx was more than happy to set the record straight on social media, letting fans know that the character is supposed to be non-binary, something Jinkx identifies as, preferring the pronouns they/them when not in drag. This autumn sees Jinkx appearing in “Hokem Pokem” – a parody of Hocus Pocus starring Peaches Christ and Holestar, and will also be touring the UK throughout November and December in a new production of The Vaudevillians.

Season 6 got off to a sickening start with a varied bunch of Queens – rock chick Adore Delano, fishy Queen Courtney Act, and long tall glass of dairy, Milk, amongst others. Costume designer Roy Haylock stood out from the start as the hilarious Bianca Del Rio and won with a combination of humour, sarcasm, and a surprisingly big heart. Able to whip up a dress in under five minutes and read a Queen to filth in a few choice words, Del Rio has gone on to be one of the most successful winners ever. Since leaving the show she’s had several sell-out stand-up comedy tours, starred in her own film (Hurricane Bianca – worth a watch!), with Hurricane Bianca 2: From Russia with Hate, due out later this year. Bianca’s about to embark on a tour of Australia and New Zealand this November, before returning to the UK on her “Blame it on Bianca Del Rio” tour, with dates starting in Liverpool July 2018.

Season 7 introduced some serious fan favourites to the world of Drag Race, with characters like Katya, Trixie Mattel and Ginger Minj battling it out to take the crown. In the end, Violet Chachki ruled victorious with her incredible sense of style, her burlesque and bondage-inspired looks combining the vintage aesthetic of Bettie Page with the modern designs of Thierry Mugler. Since leaving the show, Violet has been in high demand as both a model and a performer, and can currently be seen touring the US on the Werq the World Tour.

Entering the workroom “Purse First” was Bob the Drag Queen – who’d been inspired into doing drag after watching Season 1 and loving the work of Bebe Zahara Benet. Bob was a clear frontrunner throughout the competition – beating off experienced Queens such as the caustic Acid Betty, and Britney impersonator Derrick Barry. Making it to the final three with lovable Kim Chi and long-legged Naomi Smalls, Bob’s comedy skills saw him snatch the crown and reign supreme. Bob’s been a busy winner – his TV Special Suspiciously Large Woman debuted, he starred in the film Cherry Pop, and has even released his own comic book “Kickass Drag Queen”. He’s currently also touring the US in the Werq the World Tour.

Originally appearing in season five of Drag Race, Alaska returned for All-Stars 2 along with fan favourites such as Katya, Detox, Alyssa Edwards and Adore Delano.

The competition was ridiculously tough, but Alaska came out on top almost every week– and even a last-minute meltdown (poor performance in a task had her offering a bribe to Detox to let her stay) didn’t stop her from claiming that crown. Since winning she’s released a few singles, both independently and with the “AAA Girls” – (a group consisting of Alaska and fellow drag queens Willam and Courtney Act) and walked in a Marco Marco fashion show. She’s set to be touring across the US with the AAA girls over the next month, but is returning to the UK for a few shows in mid-October.

Season 9 marked a big change for Drag Race – with the show moving to main channel VH1, earning it far more viewers than ever before. A strong cast of characters entered the workshop – and whilst some disappointed (courtesy of Charlie Hides performing an entirely stationary lip-sync, and Miss Valentina demanding to keep it on…), others rose to the top, forming a final four packed full of top talent and tight tucks. A new channel meant a new concept for the finale, with the four top queens entering into a “Lip Sync Tournament”. A quick change by Peppermint and a legendary wig reveal by Sasha Velour led to them battling it out in the final lip sync, with Sasha Velour coming out on top. An artistic, intelligent and sensitive Queen, Sasha was already an established figure on the Brooklyn drag scene, publishing a drag magazine called Velour, and hosting a monthly drag show called “Nightgowns”. Work on these projects has continued into Sasha’s reign,  and she’s spending the next few months touring the US. 2018 will see her heading over to Europe and the UK with her Party Monster Ball – guest starring the drinkable Milk and legendary icon Amanda Lepore.

Think you done already done had herses? Well, think again – in a reveal almost as good as Roxxy Andrews infamous second wig, 2018 will see not one, but two seasons of Drag Race airing. January will see All-Stars 3 hit screens, with the Queens rumoured to be competing ranging from Season 1 Winner Bebe Zahara Benet through to Season 9’s Aja. That’ll be followed by Season 10, which should be airing in late spring/summer 2018. Again, Queens for that are unconfirmed – with the exception of Eureka O’Hara, returning after her knee-popping exit in Season 9.

As the show approaches its 10th Anniversary, the fabulous engine that is RuPaul’s Drag Race shows no sign of slowing down. Filling the screens with love, pathos and a cast of sickeningly talented performers, it’s become clear that the world needs RuPaul’s Drag Race now more than ever.

Can I get an Amen?