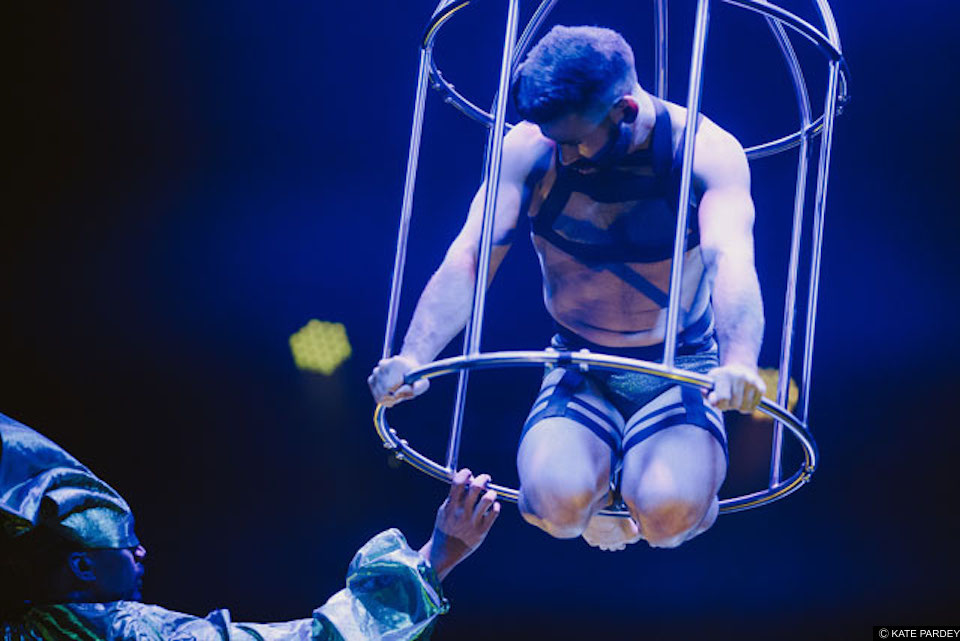 If you’ve seen any of their previous shows then you’ll know to expect a lot of male flesh on show, a hint of subversive kink and a tongue in cheek sense of fun pervading the proceedings. If you’re a Briefs virgin then prepare to be titillated and amused.

There’s an inevitable hint of hen party to it all but the boys play with this idea, put a pin in the inflatable man and turn the idea of men gyrating for your pleasure on its head. They then laugh in its face whilst tickling it with a pair of massive false eyelashes. From the moment they appear as saucy cheerleaders with giant pink powder puffs and morph into a buttock flashing troupe of feather wielding alien life forms, you know that you’re in safe and well-manicured hands. There’s a weird re-enactment of Kate Bush’s ‘Hounds of Love’ video, juggling, trapeze work and some dance routines that make you feel like you’re on an acid trip. Whilst the circus skills are likely to be things you’ve seen before they’re styled in a way that you almost certainly haven’t. Although the show doesn’t always feel as consistent as it should be it’s still a great night out.

Is it tacky? Is it bizarre? Is it raucous? Of course. Are those bad things? Of course not!

Briefs: Close Encounters plays at the Underbelly Festival until the 30th September 2017