THEATRE REVIEW | How It Is By Samuel Beckett, Coronet Print Room Theatre 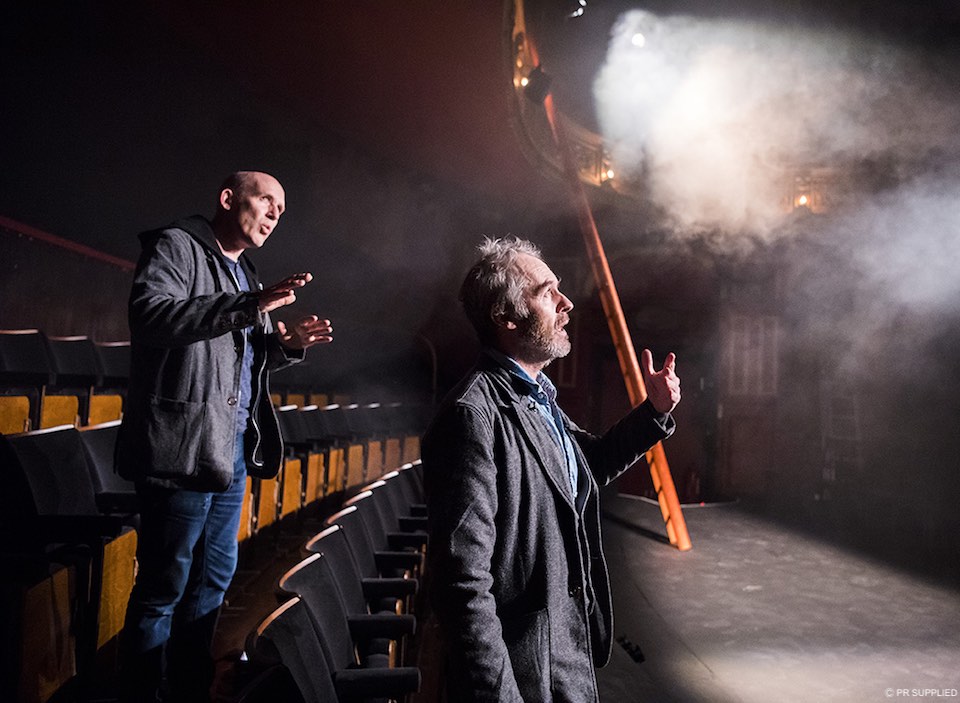 Do I have to slide cocks up my a** to write about gay theatre? Or shag up-for-it nymphomaniacs to dissect heterosexual art? By that logic, I’d have to be a practicing serial killer, a Jeffrey Dahmer in pantyhose, to appreciate Silence of the Lambs! So – having exposed and pushed the absurdities of that laughably reductive thinking waaaay to one side, let’s objectively appraise How It Is, a purgatorial, afterlife masterpiece from the fevered genius of Samuel Beckett, one of Ireland’s greatest ever writers!

Never heard of him? Oh come now, that’s barely credible. Why, Waiting for Godot, Beckett’s theatrical debut, revealed prodigious, game-changing talent, sufficient to alter the entire course of the Western world’s modes of dramatic discourse. Simply put, Beckett, most often, dramatises monologuing consciousness on either the point of death, or immediately beyond, in some utterly unknowable afterlife. And it’s that sense of psychological extremity – going where no queens have gone before – that knots his artistic DNA firmly into the fabulous beyond that defines so much LGBT theatre. Again and again – as in Alexis Gregory’s recently-staged Sex/Crime – diversity drama routinely accesses states of mind, situations and politically contested identity wholly unknown to heterosexual, mainstream audiences. To name just three, K-holes, cum lollies and sauna-house sex-orgies barely enter the dreams, or stain the yearning nightmares, of Joe and Jill Public. Frankly, considered as the ripe, luscious and shockingly perverse fruits of an entire community, LGBT artistry has charged and enlarged subject matter inconceivable to previous, genteel and sexually lobotomised, generations.

Still, Beckett – even if his work owes virtually nothing to any known form of sexual persuasion – takes us on exhilarating journeys to the limits of human consciousness. Think viciously addictive K-holes laced with severe existentialism, as we’re plunged, repeatedly, into theatrical experiences offering little more than static performers ranting in sparsely-lit spaces. How, then, can such raw, spartan materials provide riveting, arse-clenching excitement?

Disconcerting? As f*ck – instantly, and just as in consensual S&M, one’s constrained yet feels a paradoxical sense of liberation, of being fed carefully-rationed ecstasies that permit joy only by strictly-directed pathways. And – make no mistake – theatre rarely comes any bleaker, with such huge demands blissfully rewarding rapt attention.

Naked, an unnamed soul slithers in endless mud and darkness clutching a sack inexhaustibly – and inexplicably – replenished with cans of sardines. He’s joined -again inexplicably- by another, communicating by jabbing a can-opener in the other’s buttocks, stabbing out Morse code messages. Yes, it’s a submissive, role-playing queen’s ultimate wet-dream, but – with nothing except intermittent bursts of light, dry ice, and the hoarse rubbing of actor’s voices in transfixed cadences – we’re collectively cajoled into instantaneously synthesising Beckett’s purgatorial hell inside our minds. If theatre, finally, is nothing, but voices, lights, gestures and consenting imagination, the Gare St. Lazare company take that haphazard, shockingly artistic marriage to sheer transcendence. We wait, quite simply, in delighted awe for their future liaisons with the shatteringly bleak -but dramatically irresistible- voices of Samuel Beckett.