THEATRE REVIEW | I Knew You, The Rep 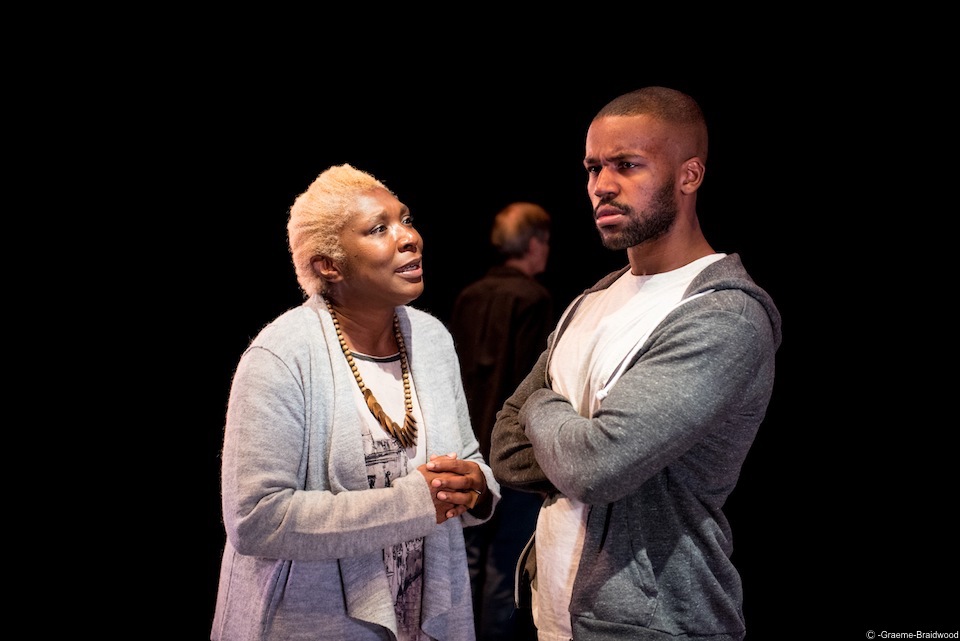 I Knew You, written by Steven Camden, aka Polar Bear – the renowned spoken-word artist, comes to The Door with a delicate yet powerful domestic tale.

Growing up in a non-nuclear family is more custom in this generation, but what is not often seen, is the repercussions of a family break up. Through the stories of Angela (Lorna Laidlaw) the mother; Nathan (Brenton Hamilton) the son; Patrick (Roderick Smith) the father, we see the nucleus of the family drama.

The writing is sublime with poetry ringing alongside the emotional speeches. Lorna showcased comedy and emotion very well, carrying the story – very good crescendo of emotions as the story progressed. Brenton did a great job with anger, but a little one-dimensional with the less climatic stuff. Roderick was a good choice for the sullen Patrick, giving the audience a good look-in to the other side of the argument, but a little lacklustre in the final speech. What was nice about the production was the feeling of provenance with actors hailing from Birmingham, with local accents adding to the comfort.

The play was only fifty minutes long, and I am wondering if story beat opportunities were missed as the story appeared to be presented in chunks, in places, and the build-up of the drama was lost with a very sudden ending at Patrick arriving in the house.