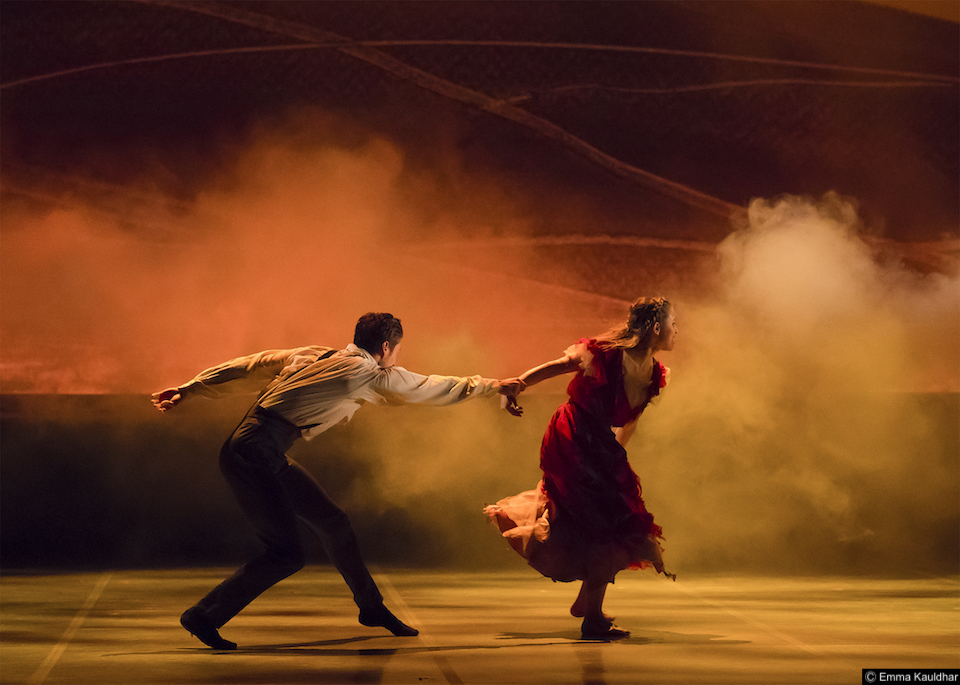 In a timely revival, Northern Ballet celebrates one of the great literary heroines of all time, Jane Eyre, a fiercely strong and independent woman who moves from the unloving care of her Aunt to the strictness of the Lowood Institution; and subsequently on to Thornfield, the home of her employer and subsequently her true love.

Cathy Marston’s choreography nestles neatly between traditional and contemporary ballet, and is set to a score which moves between being playfully uplifting and darkly dramatic. The Northern Ballet Sinfonia was on point with their performance, having swelled their numbers from the previous tour of this production.  The set is deliberately sparse, primarily comprising of screens and curtains which are used to focus the attention on particular areas of the stage and its simplicity compliments to complexity of the narrative and provides for a workable dance space; whilst the costumes give a flavour of the bleakness of the Yorkshire Moors which are occasionally peppered with bold colour

Dreda Blow charms as the titular character, whilst Javier Torres gives a brooding and charismatic performance as Rochester; and Victoria Mason breathes life and insanity into the role of Rochester’s wife. In a company which danced with technical precision across the board, Mlindi Kulashe and Kevin Poeung both stood out from the ensemble and their consistency of performance and development from ballet to ballet continue to impress.

Given the rich story and the numerous events depicted in the book, there is a lot for Marston to fit into the ballet’s two hour run time, and whilst the key plot points are hit; the narrative is not always as clear as it could be. Those familiar with Bronte’s work will find much to enjoy within this production, whilst others may find the programme notes useful in keeping track.

That aside, Jane Eyre is a ballet which contains a flowing visual style, rich characterisations and a faithful adaptation of a timeless story which manages to maintain a feeling of freshness and originality in a frequently told tale.