13 Reasons Why: Behind The Scenes Photos 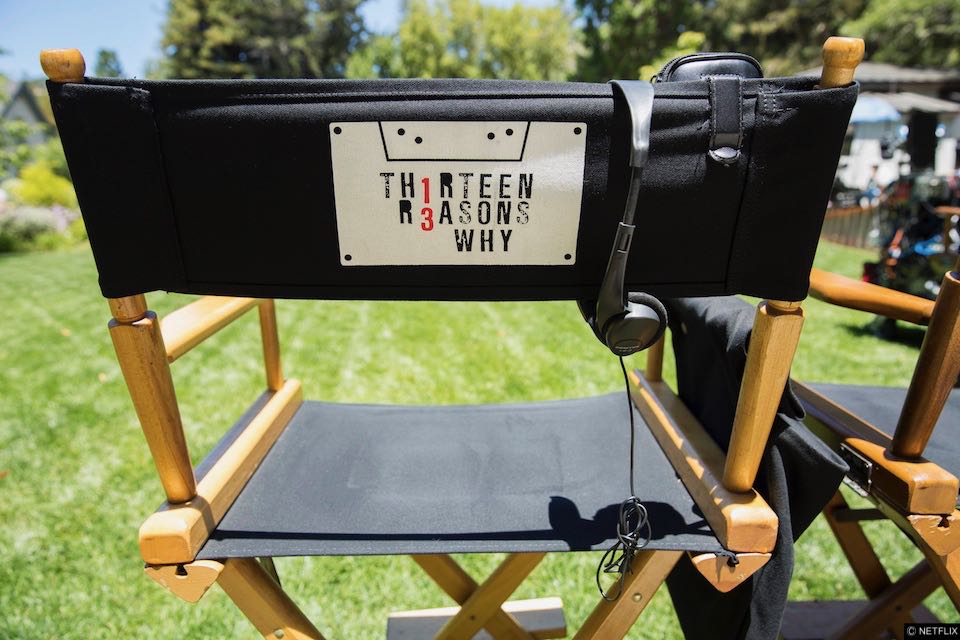 Based on the best-selling books by Jay Asher, 13 Reasons Why follows teenager Clay Jensen (Dylan Minnette) as he returns home from school to find a mysterious box with his name on it lying on his porch.

Inside he discovers cassette tapes recorded by Hannah Baker—his classmate and crush—who tragically committed suicide two weeks earlier. On tape, Hannah explains that there are thirteen reasons why she decided to end her life. Will Clay be one of them? If he listens, he’ll find out how he made the list. Through Hannah and Clay’s dual narratives, 13 Reasons Why weaves an intricate and heart-wrenching story of teenage life that will deeply affect viewers.

Tom McCarthy directs Dylan and Ajiona Alexus in the hallway of the school. The shoot happened in the halls of a real school in northern California until the end of holidays. When a replica was created on a soundstage.

Tom McCarthy talks to Alisha Boe and Brandon Flynn. Brandon came out shortly after the TV series debuted on Netflix.

Director Tom McCarthy talks with Dylan Minnette. Some of the shoots were conducted in the dead of night in order to get as much done as possible. Actors from the show have spoken about having 4 AM shoots.

Miles Heizer shoots in the hallways in episode 3. Every scene takes hours to shoot. Directors will want to get action from many different angles including long shots as well as closer more intimate mid and close shots.

Tommy Dorfman, who also came out during the production of 13 Reasons Why, being shot by the crew.

Shooting out in the open, brings its own pressures and problems, here in Episode 10 Dylan Minnette and Miles Heizer is directed by Carl Franklin. During outdoor shoots, shadows and lighting conditions are constantly changing so a crew must work quickly to get the scene for continuity’s sake.

The crew of episode 10, directed by Carl Franklin overlook the production.