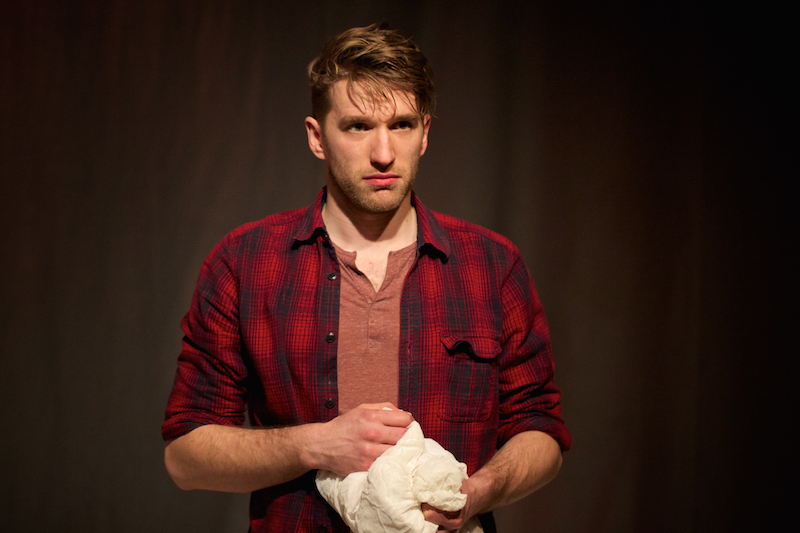 This production of The Narcissist, by writer/director Gavin Davis, centres around the therapy sessions of the main character, Charlie.

Charlie is 34, single, wealthy and apparently having too much fun. Diagnosed with depression and not happy about it, Charlie starts going to therapy to help cope with the increasing frustrations of dealing with his family. His issues with love, work and overuse of various substances all stems from his relationship with his mother, and the Narcissist explores just how far a man can be pushed by his mum.

David Alwyn’s powerful portrayal of Charlie can, at first, seem rather intense; the intimate space making the dialogue and reactions seem a little loud for lack of a better word. However, as the play progresses and you witness Charlie’s experience through a series of flashbacks and imaginary conversations, you find yourself wishing he would take it up a notch and just punch the bitch in the throat. Alwyn has an incredible ability to draw the audience in, and his performance overflows with heartfelt emotion. Plus he’s hot. At times distractingly hot. There, I said it. I know it, he knows it, even my mate Steve knows it. But who doesn’t enjoy spending time with an emotionally unstable hot guy with substance abuse issues and an innate need to please?

The other star of the show is undoubtedly Helen Bang, who plays Charlie’s narcissistic mother Pandora. If a woman like this truly exists in real life, then she’s more than enough reason to turn to drink. Bang’s performance as the self-important and spiteful Pandora is enough to put the Real Housewives to shame. She reminded me of a cross between Mary Portas and Cruella DeVille… and I mean that in the most complimentary way possible. Intense, intelligent and more than a little cray cray, Pandora’s obsession with being seen as the victim and the most important person in her family is the stuff that soap operas wish they could capture on screen.

As a fellow single, 34 year old with a couple of issues myself, The Narcissist resonated strongly with me; and Charlie’s struggle to regain a level of control over his life is one we can all relate to. Whether we had a Cruella mother or not.

The English Repertory Theatre’s production of The Narcissist runs from March 8th – April 2nd at The Courtyard Theatre near Old Street.