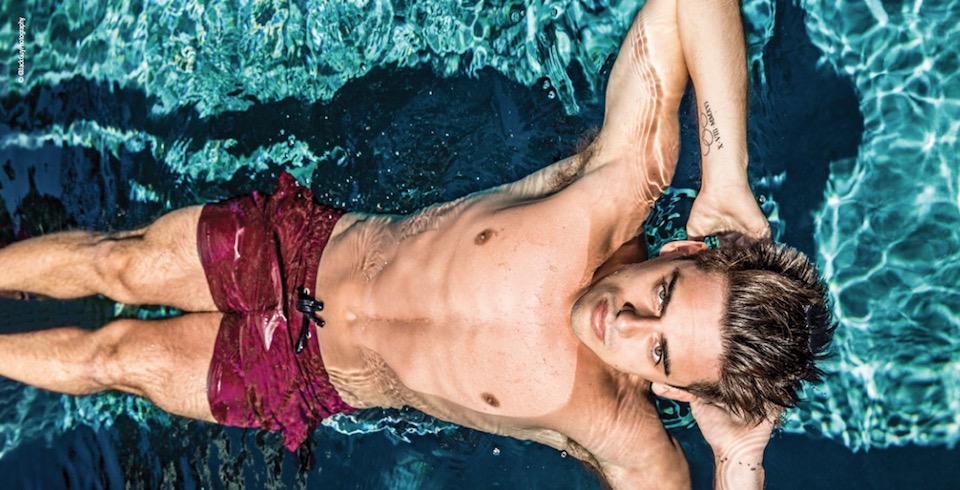 Hotness with a message…

Olympic champion Chris Mears, who won Britain’s first gold medal for diving in 2016, is now making a splash in PETA’s first-ever campaign against swim-with-dolphin parks. The poster features Mears in a shimmering pool with his arms outstretched, proclaiming, “Swim-With-Dolphin Parks Are Dripping With Cruelty.”

In the accompanying video spot, Mears reveals that he swam with captive dolphins as a child on holiday with his parents, admitting, “We had absolutely no idea how these animals are treated.” He teamed up with PETA in the wake of the group’s campaign against SeaWorld, from which he learned that, like orcas, dolphins are highly intelligent marine mammals who are often illegally captured and sold to parks around the world.

In the open ocean, dolphins swim up to 50 miles a day alongside their families and communicate over vast distances by sonar. In marine parks, they’re forced to perform in pools filled with chemically treated water. Their sonar literally bounces off the walls, causing depression, ulcers, and early death.

According to World Travel Market research, 79 percent of Britons don’t like visiting attractions where animals are forced to perform – and Mears and PETA are now trying to reach the remaining 21 percent. While no dolphins have been held in captivity in the UK since the early 1990s, some British tourists continue to visit such attractions in Spain, the Caribbean, Florida, and California.

We’re totally invested in this…