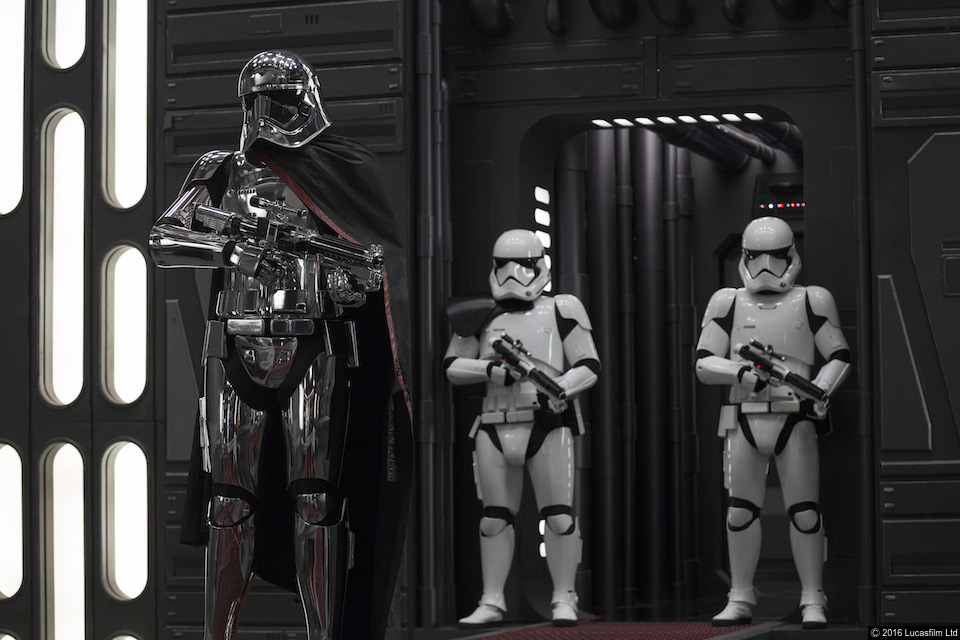 STAR WARS: THE LAST JEDI – The eighth film from a galaxy far far away, bigger, better, longer, more convoluted and with added gay appeal as the new Darth Vader gets his kit off. These films are not just for kids anymore

Nutshell – This film picks up from the end of the Force Awakens so there is no need for character introductions or background info so we can get straight into a very good twisty turny story with endless action and so many strands to follow in future. Han Solo is pushing up intergalactic daisies, and the rebels lead by Carrie Fisher’s Leia in her final acting role before she sadly passed have finally located Luke Skywalker, and he is not a happy bunny. The new bad guys the First Order are in control of the entire Galaxy, and the good guys are down to a few hundred, and they are hotly pursued, is this the end – strap yourself in for a great roller coaster ride through hyperspace and beyond – this will be very big indeed.

Running Time – 150 minutes The longest Star Wars film to date by a considerable margin but there is a lot of story to get through here; Certificate – 12A.

Tagline – Doesn’t need one if you don’t know what is going on here after 40 years then you never will.

Cast – From the original series you get Mark Hamill, Carrie Fisher with a much more significant part than you may expect, Anthony Daniels and Frank Oz. They are joined by the new team of Daisy Ridley, John Boyega, Adam Driver, Oscar Isaac, Andy Serkis, Laura Dern, Benicio Del Toro, Game Of Thrones Gwendoline Christie even Ade Edmondson turns up, and of course, Prince William and Prince Harry are there as stormtroopers.

Key Player – George Lucas has not been involved for five years, but he got so much right with the first film(s) that this and all future SW films are slam dunks – probably impossible to screw up. You get some real crowd-pleasing new stars in the Porgs which take to nesting in the Millenium Falcon amongst other places. The fox-like Crystal Critters and BB-8, the new fan favourite droid, gets a bigger part and he steals the movie. Disney knows better than anyone what they are doing with franchises and product placement and every kid and big kid will buy anything with these characters on.

Budget – $200 Million and already in 5 days it has made $450 Million and is heading towards the Top 20 of all time. Repeat viewings will push it to the top of that list hopefully with huge profit unless the competition steals screens from under it namely Ferdinand, Pitch Perfect 3, The Greatest Showman and Spielberg/Hanks/Streep’s The Post all within ten days of SW opening. Disney currently reportedly makes $2.5 billion every year from the brand in memorabilia, so the film is a big money-maker.

Best Bit – 2.11 mins; The final battle is one of the best of the entire series but every appearance of BB-8 is a winner and the Porgs double act with Chewbacca throughout is priceless.

Worst Bit – 1.02 mins; Some editing would have been nice as we could do with less Jedi training and not as much time spent on an unnecessary Casino planet. That you can live with but when Leia is blown out into space and goes all Marvel superhero – there is a serious problem – it is a rare mistake in a great addition to the saga.

Little Secret – There is only one Star Wars film on the biggest box office chart of all time, and that is The Force Awakens in third place behind Titanic, and Avatar and they are the exclusive three members of the Two Billion Dollar club. High hopes for this one to get up there but that running time will limit the number of shows per day, and that competition is coming for its screens with gusto and no fear. The Last Jedi‘s first record target is to beat Fast and Furious 8 the biggest movie of the year to date, and it is way behind that at present. Its other big Achilles heel is that Star Wars is just not popular in Asia unlike Harry Potter, Lord Of The Rings, Pirates, Jurassic, Transformers, Avengers and Fast and Furious films and that is a bloody big market.

Any Good – It is wonderful and so entertaining. New fans maybe should steer clear as there is so much past knowledge needed here. Great effects, several wow moments, sad bits, laugh out loud bits and something for all ages and plenty for geeks and those that just want a great Friday popcorn night out to forget their working woes. On now to next year’s Han Solo origin story, but do not miss this one in the meantime.