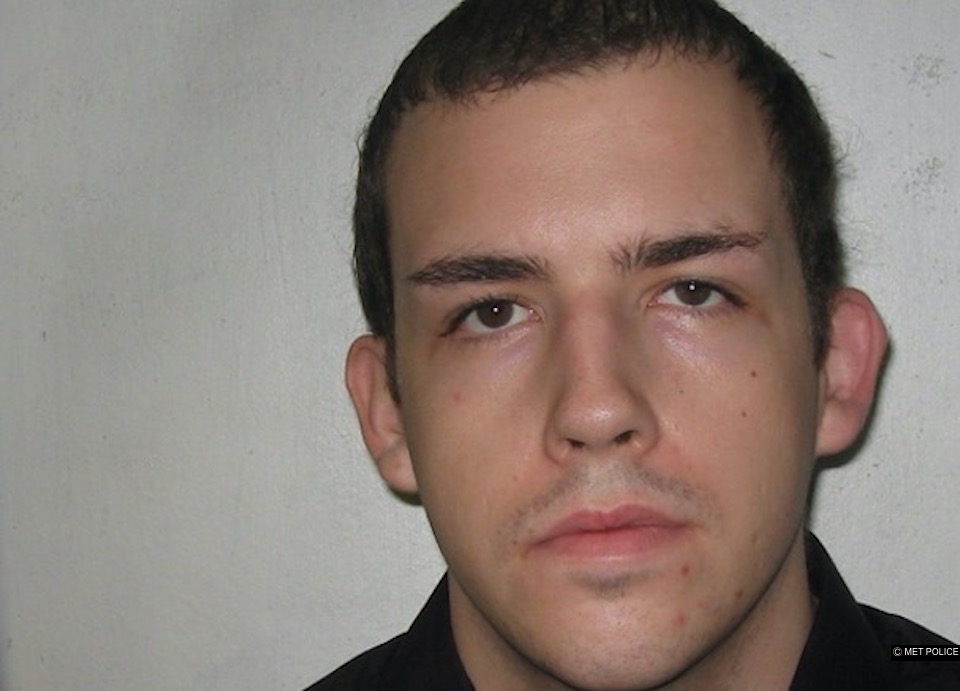 A man has been jailed for a minimum of 39 years for the murder of a man he met on a gay dating site.

Footage of his torture was uncovered by his nephew

A 29-year-old man has been jailed, to serve a minimum of 39-years for the murder of a 58-year-old man he met via a gay dating website.

Jason Marshall was found guilty on Wednesday, 9 August at the Old Bailey in London, for the murder of 58-year-old Peter Fasoli. He was also sentenced to five years’ imprisonment for arson, to run concurrently.

Originally it was believed that Mr Fasoli had died accidentally in his own home, it wasn’t until a seven-hour video of him being tortured was discovered that his death was treated as a murder case.

The jury heard how Marshall set up a rendezvous via a gay dating site with Mr Fasoli at his Ealing home and tortured him for a prolonged period before suffocating him. He then committed arson in a bid to hide the evidence of the brutal murder and stole his victim’s credit card using it to flee by plane to Italy a few days after the murder.

Mr Fasoli, aged 58, died on Monday, 7 January 2013, after he was brought out of his burning flat in Rubens Road, Northolt.

His death was originally ruled as accidental.

Police, London Ambulance Service (LAS) and London Fire Brigade (LFB) attended after being called just before 01:00hrs in the morning. The case was originally treated as non-suspicious, following an investigation led by LFB which concluded the fire was accidental, with the most likely cause a faulty light bulb.

A forensic pathologist who examined Mr Fasoli’s body found no evidence of any third party involvement and the inquest held at West London Coroner’s Court on 16 August 2013 returned a verdict of accidental death.

However, around a year later, in autumn 2014, Mr Fasoli’s nephew decided to collect the hard drive of his uncle’s computer, which was being stored on behalf of the family with other belongings that had survived the fire by a friend in Yorkshire.

His murder was captured on webcam

His nephew knew his uncle had been interested in the family tree and hoped to find research preserved on the computer system. Instead, he discovered a number of videos featuring his uncle taking part in sexual activities with other men – including the horrific seven-hour film of the encounter with Marshall. Mr Fasoli had unwittingly captured his own murder on the web camera that he had on his computer in the living room.

The film, shown to the jury in court, showed Marshall arriving kitted out with generic police accessories he had purchased on the internet, and he and Mr Fasoli chatting and then engaging in what appeared to be consensual role-playing based on an ‘interrogation’ before Marshall initiated what became a prolonged and violent domination of Mr Fasoli culminating in his murder. This included threatening him at knifepoint, and forcibly injecting him on multiple occasions. Classic FM radio station is playing throughout.

The audio captures the sounds at the end of the film of Mr Fasoli shouting out to Marshall after his head has been covered and he has been pulled off the bed and out of view of the camera. Marshall remains impervious as he continues to ignore his victim’s increasing and visible distress. After Peter had stopped making any noise at all, Marshall left him lying on the floor and calmly smoked a cigarette before gathering his belongings.

Lighting a fire to cover his tracks

The web camera lead then appears to be pulled out and the sound can be heard of Marshall splashing a liquid around and flicking a lighter. A short time later Marshall is heard leaving the flat and the smoke alarm activates. The next morning he sent a message to Peter via the same dating site apologising for not having turned up the night before in a further attempt to cover his tracks, before using Peter’s bank card to withdraw hundreds of pounds. The day before he fled to Italy he sent further messages accusing Peter of ‘ignoring’ him.

Later enquiries showed that Marshall had contacted and met Peter on at least one occasion in the weeks before 7 January, and had led Peter to think that on the night of the murder he would be bringing another young man along to join them for the evening.

Once the hard drive found by Peter’s nephew and given to West Yorkshire Police was passed to the MPS, the Met’s Homicide and Major Crime Command launched its investigation into Mr Fasoli’s murder on 10 November, 2014.

The MPS formally informed the Coroner of this development. Following enquiries, officers identified Marshall as the key suspect. Police discovered that Marshall was in prison in Italy in late 2014, having been convicted and jailed for a murder and subsequent attempted murder of two men in Rome just weeks after he fled the UK. These also took place in the context of sexual encounters.

A European Arrest Warrant was obtained, and on Wednesday 15 February, officers travelled to Heathrow Airport to meet the flight Marshall was returning to the UK on. He was arrested and later that same day charged with the murder of Mr Fasoli.

Detective Inspector James Stevenson, of the Homicide and Major Crime Command, said, “We are pleased the sentence handed down to Marshall for the brutal killing of Peter. This was a cold-blooded attack, during which Marshall cynically gained the trust of a vulnerable older man to get entry into his home, then subjected him to a horrific and prolonged ordeal and ruthlessly ignoring Peter’s cries for help knowing he was fighting to stay alive. Marshall then did everything he could to evade being brought to justice.

“Anyone affected by this case can get in touch with LGBT agencies such Galop www.galop.org.uk and Camden LGBT forum www.camdenlgbtforum.org.uk who can offer confidential counselling and third-party reporting.”