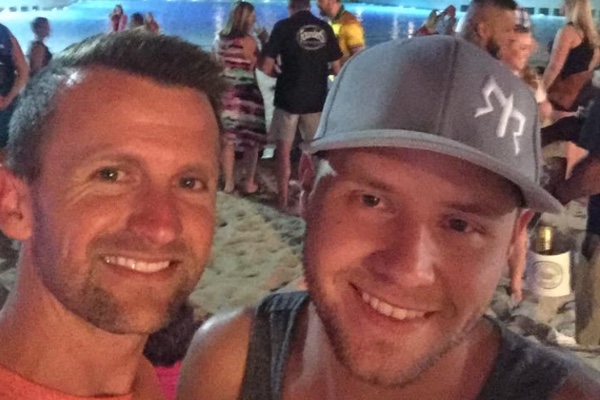 A man, who attended the Las Vegas country music concert with his boyfriend, has been confirmed as one of the people killed in America’s deadliest shootings.

28-year-old Cameron Robinson was killed, when shooter, Stephen Paddock opened fire on thousands of concertgoers in Las Vegas, from his room on the 32nd floor of the Mandalay Bay Hotel, on Sunday. Cameron was attending the concert with his boyfriend, Bobby Eardley.

The Las Vegas Journal reports that he was shot fatally through the neck. His sister, Meghan Ervin said that the couple were together at the music festival.

The attack, which has claimed the lives of at least 59 people, and injuring over 500 people, is the deadliest mass shooting in America, overtaking the Pulse Massacre in 2016.

His boyfriend, Bobby, was injured during the sustained gun attack and was reportedly hit by shrapnel as he fled the massacre.

Cameron worked in Las Vegas as a legal records specialist but was a resident of Utah.

A tribute to Cameron said that he was “an amazing friend, son, brother, uncle, cousin, coworker and boyfriend” and was “full of life and love and so much passion”.

A Funding page has been set up to help cover the costs of his funeral and Bobby’s medical expenses. The fund was asking for $15,000, but as it stands, over $17,000 has been donated.

A statement on the page describes Cameron as someone who

“…loved to cook, entertain, run marathons, travel, go camping, boating, and the outdoors in general and above all surround himself with those he loved and others. He is an amazing example to all and brought so much light to those he came in contact with. He accomplished so much in such a short time and touched the lives of so many. Between his love to cook and amazing dance moves there was always good times. He was such a caring, giving and loving man. Cameron, you will be greatly missed. We love you so much!